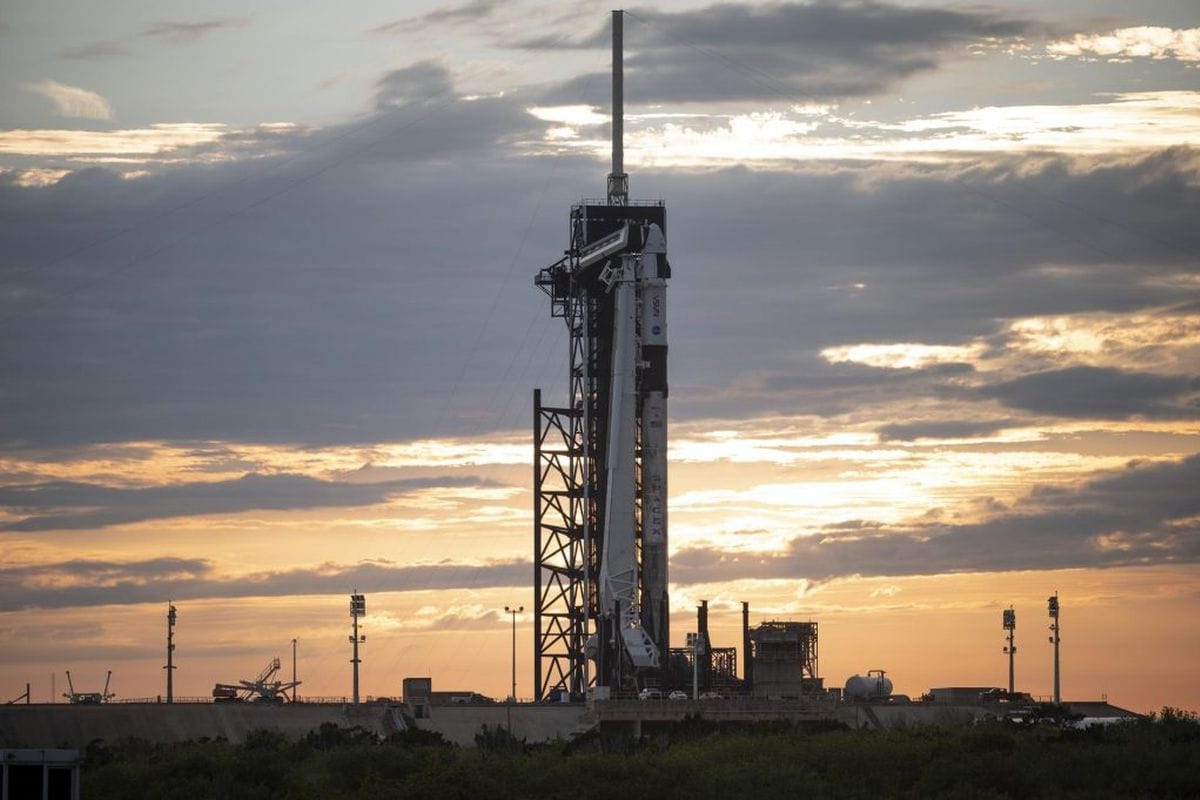 A crewed SpaceX mission to the International Space Station has been postponed by a day due to weather concerns downrange of the launch site, NASA said Wednesday.

Liftoff had been scheduled for Thursday but because of unfavourable conditions along the Atlantic coast, it will now be set for 5:49 am (3:19pm IST)) Friday.

“For crewed missions we need to look downrange to make sure weather’s good for a potential launch escape, and for recovery of the crew,” acting NASA Administrator Steve Jurczyk told reporters.

The Crew-2 mission will carry four astronauts in the second routine taxi ride by SpaceX to ISS since the United States resumed crewed space flight, and the first with a European.

The mission is also notable for being the first to rely on a previously deployed booster and a capsule that had also been used before – a key cost-saving goal of NASA’s partnerships with private industry.

“(It is) really helping us to see the full capability and really realizing the dreams that we had when we started this effort, about 10 years ago with SpaceX,” NASA’s certification manager for SpaceX Tom Simon told AFP.

NASA’s immediate goal is to be able to reuse booster rockets at least five times for human space flights.

Sleepover party
Elon Musk’s SpaceX has established itself as NASA’s favoured transportation provider under the Commercial Crew Program, as the agency waits on Boeing’s troubled Starliner capsule to carry out key tests.

Both companies have multibillion dollar contracts with NASA.

SpaceX’s first crewed test flight in May 2020 ended nine years of American reliance on Russian rockets for rides to the ISS following the demise of the Space Shuttle programme.

The four astronauts will overlap for four days with the crew of Crew-1 before that team returns from its six-month mission.

With three Russians on board, the station is set to become unusually crowded, accommodating 11 people.

“It’s going to be a sleepover style period of time,” NASA’s Crew-2 mission manager Ben Stahl told AFP, with one astronaut sleeping in each of the docked SpaceX capsules.

It will also be a labour-intensive time as the astronauts work around the clock to prepare the Crew-2 capsule for long term spaceflight, and prepare Crew-1 for its splashdown off the coast of Florida on April 28.

Science goals
The Crew-2 team has around 100 experiments in the diary during their six-month mission.

These include an acoustic technique using ultrasonic waves to move and manipulate objects or liquids without touching them.

Another important element of the mission is upgrading the station’s solar power system by installing new compact panels that roll open like a huge yoga mat.

The mission also comes at a time of increasing uncertainty about the future of the ISS, with Russia announcing it was considering quitting the program and hoping to build its own space station in 2025.

“We haven’t had any discussions with Russia or Roscosmos on their plans, and they’ll do their work and decide what they want to do and we’ll make our decisions on our side with our partners,” said Jurczyk.

Is OnePlus 9R old wine in a new bottle — or something more? We discussed this on Orbital, the Gadgets 360 podcast. Later (starting at 23:00), we talk about the new OnePlus Watch. Orbital is available on Apple Podcasts, Google Podcasts, Spotify, and wherever you get your podcasts.

European Union officials set Russian oil price cap at $60 a barrel
USA’s win over Iran a relief for Berhalter after a tense build-up that had turned bizarre
Electric vanlife coming? 2024 Mercedes eSprinter impresses in 300 mile range, efficiency tests
BlockFi lawyer tells bankruptcy court that the priority is to ‘maximize client recoveries’
‘It was shocking to see the material was that bad’: Friend of girl who died from self-harm hits out at social media