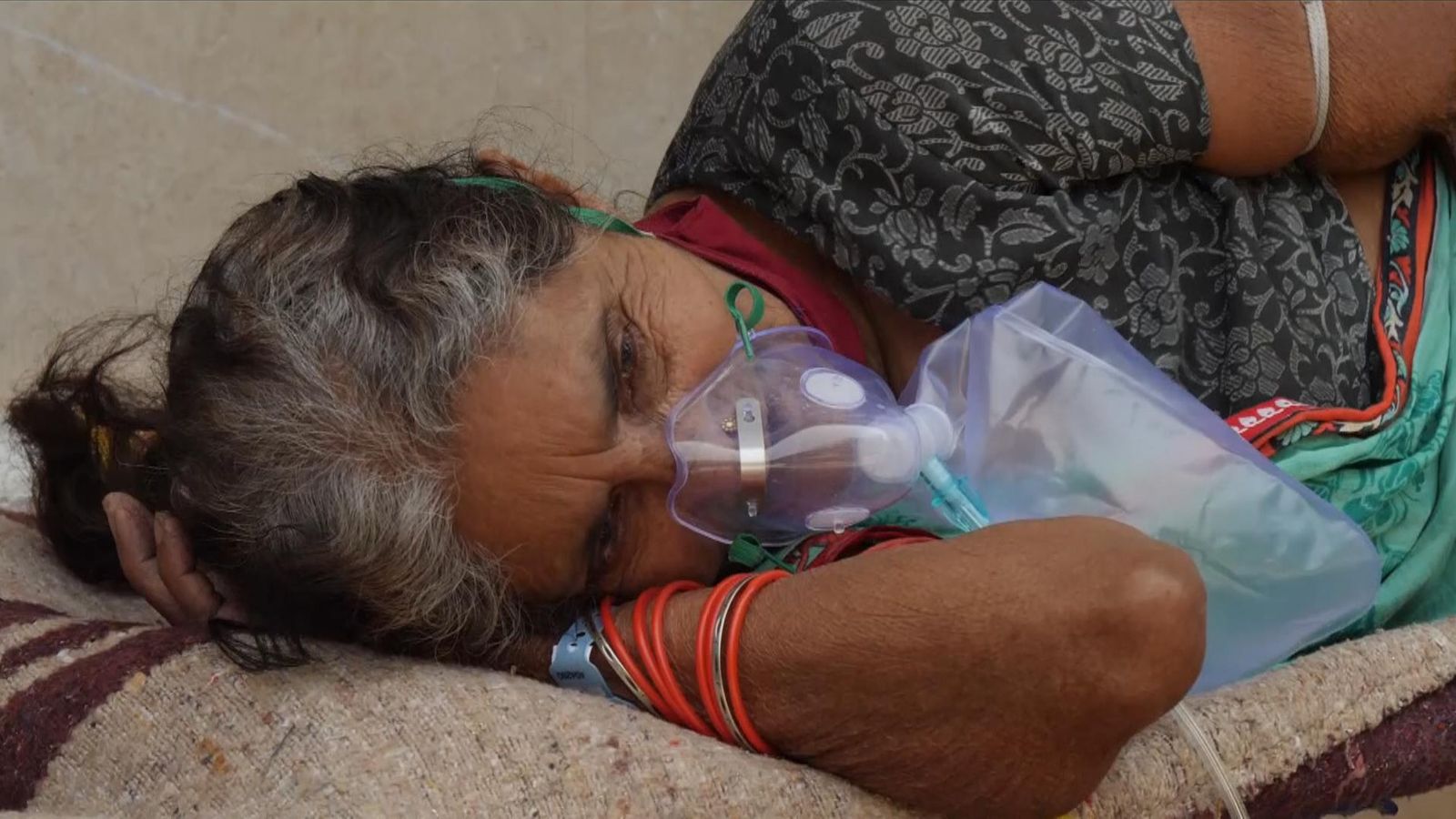 People were dying on the pavement outside one of the biggest hospitals in the Indian capital, Delhi, as doctors struggled to cope with the country’s dwindling supplies of oxygen amid a massive second surge in coronavirus cases.

India is now the world’s fastest-growing coronavirus crisis and for the second day running it set a record no country wants: the highest global number of daily COVID-19 cases.

The emergency room of the Guru Teg Bahadur Hospital in the capital was crammed full of sick, dying and dead people.

The medics were quickly wheeling the dead out on trolleys even as people gasping for breath were dying outside before they could even be seen by doctors.

There were distraught relatives sobbing and hugging each other every which way you looked.

Several patients were linked up to oxygen cylinders in the parking area in front of the building.

Several had blankets pulled over them and were left to bake in the thirty degree-plus heat.

There’s not enough time to spend on those still living, albeit barely, so even less time for those who’ve passed away.

Here, where deaths are coming so suddenly and so frequently, the relatives are being forced to mourn swiftly too – and there’s little dignity for anyone involved in this grim and traumatic process.

The residents of east Delhi have been building mass funeral pyres in makeshift crematoriums.

A drone shot showed dozens and dozens of burning fires, each one of them someone’s father, mother, parent, child – their deaths so abrupt during this massive second wave, there’s no time to wait for vacancies at the official sites.

We saw two brothers weeping as the sibling they’d brought to the hospital hours earlier lay on the tarmac outside, his eyes half open and glazed over.

The brothers had battled hard to get an oxygen mask but minutes after attaching it, the older sibling had breathed his last.

“Six hours! But died minutes after getting it.’

There’s very little you can say to a family wracked by grief with their loved ones’ body laying spread out on a hard tarmac behind them.

“I have a message for the government,” 23-year-old Tushar Maurya said.

The emergency room where the doctors and nurses assess who should remain in the hospital was full to bursting.

All the hospital beds for covid patients have filled anyway.

We saw one family trying to bundle their mother out of their car and onto a hospital gurney only to realise she’s died as they were trying to get her the urgent medical help she needed.

“This hospital is useless,” her daughter shrieked, jostling her dead mother in frustration.

But India is in the grip of a terrible medical crisis and this hospital is not an isolated case.

Doctors across the country have been reduced to begging for help on social media warning of desperately low oxygen supplies.

The government has been heavily criticised for not taking the prospect of a second wave a lot more seriously especially given what was happening to other countries ahead of them in the cycle.

Instead, the authorities acted like the pandemic was over after lifting a particularly strict first lockdown.

Several political rallies went ahead in the past few weeks as well as the hugely popular Kumbh Mela religious festival which is held every 12 years and attracts an estimated 10 million devotees.

It was switched from its original date next year to this year during a global pandemic because the dates were said to be more auspicious.

It looks like India and her people are paying a very heavy price for some of their government’s decisions.