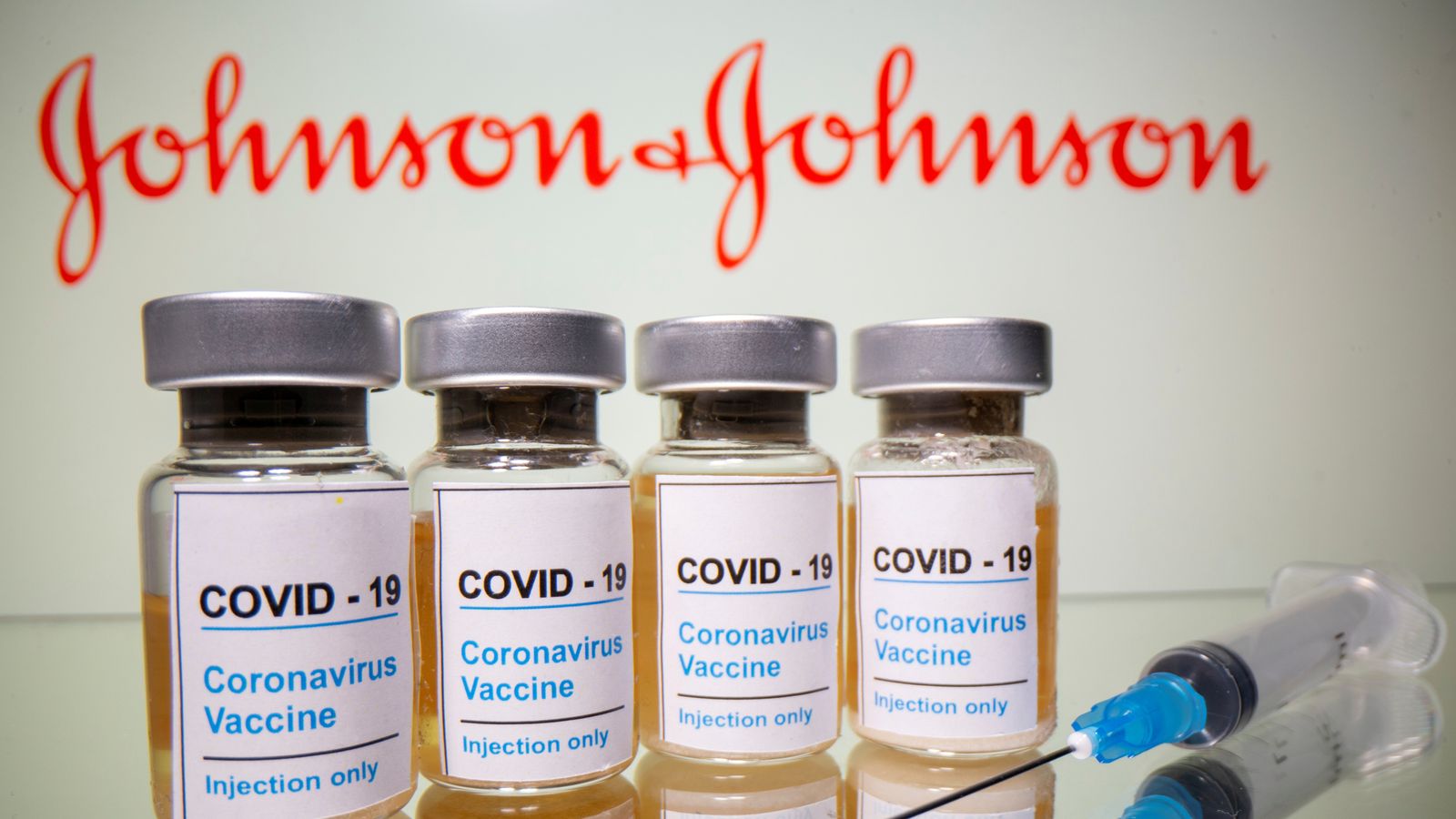 A US medical panel has recommended resuming use of the Johnson & Johnson COVID-19 vaccine.

The advice came from advisers to the US Centers for Disease Control and Prevention (CDC).

The vaccine was paused by the CDC and US Food and Drug Administration last week after eight “serious” cases of rare blood clots associated with low blood platelets. One person died.

Johnson & Johnson’s vaccine, which is given as a single jab as opposed to two doses, has been given to almost eight million people in the US.

The American government is now likely to quickly resume use of the jab – also known as the Janssen vaccine.

The panel voted 10-4 to reaffirm the vaccine’s use in adults. One member abstained from the vote.

The EU medicines regulator said this week that the unusual blood clots should be listed as “very rare” side effects, but stressed the overall benefits outweighed the risks.

Johnson & Johnson decided to delay its rollout in Europe out of an “abundance of caution” while US authorities investigated the clots.

All eight US cases were in people under 60 and they developed clots within three weeks of vaccination, the EMA said, with the majority of them women.

They were “very similar to the cases that occurred with the coronavirus vaccine developed by AstraZeneca”, the regulator added.

The vaccine has not yet been approved for use in the UK, but 30 million doses have been ordered.

A member of the US panel that recommended resuming use of the Johnson & Johnson jab said the benefits “clearly outweigh the risk from a population and individual perspective”.

“It’s a new risk. It’s admittedly an extremely small risk and smaller than many other risks that we choose to take every day,” said Dr Beth Bell from the University of Washington.

Earlier this month, the EMA resumed the rollout of the AstraZeneca vaccine following similar reports of rare blood clots.

The US has yet to approve that vaccine.