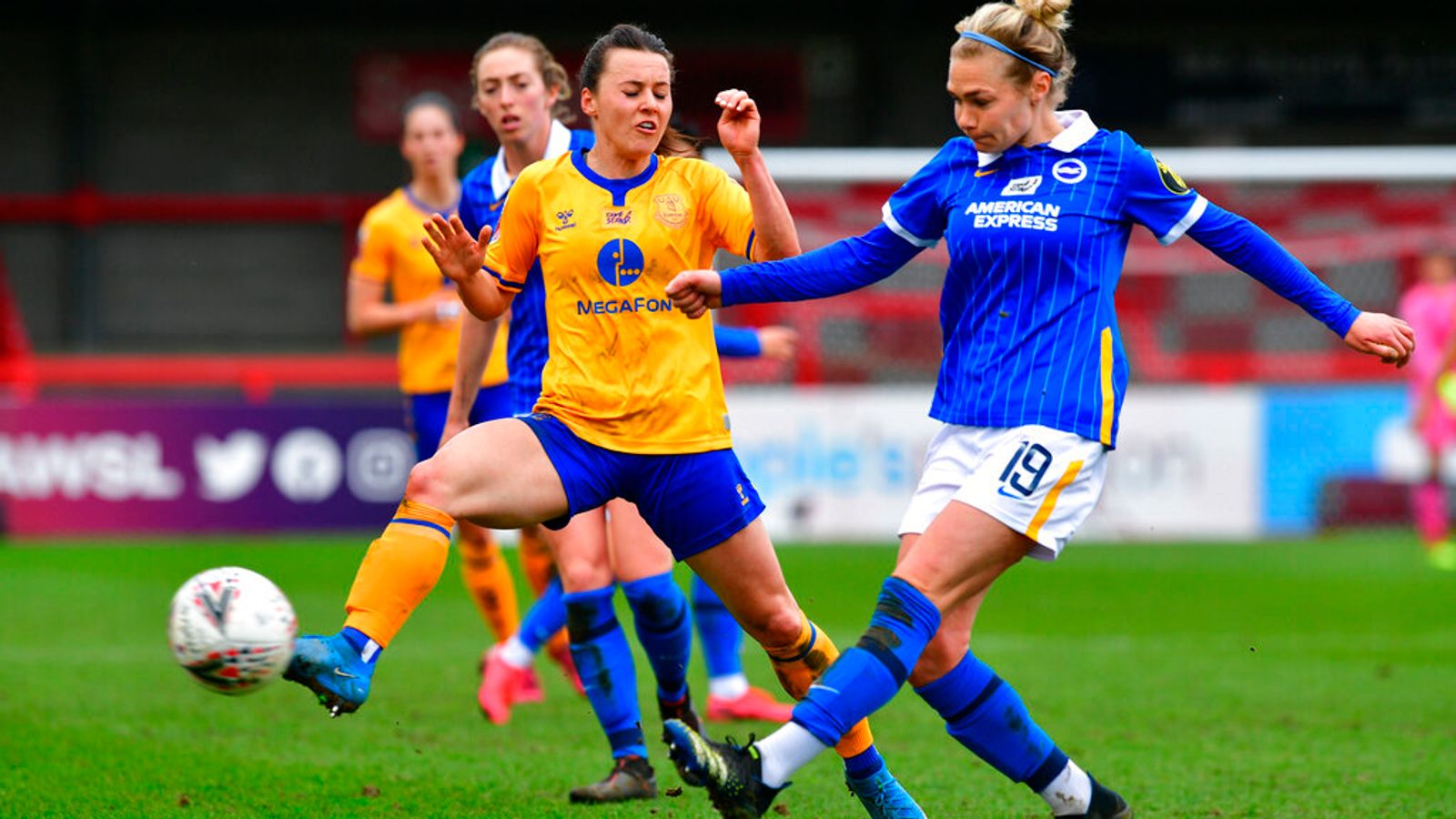 Football bosses are kicking off talks about the future of the Women’s Super League (WSL) that could trigger a bidding war between private equity investors.

Sky News has learnt that the Football Association (FA) has appointed Rothschild, the investment bank, to advise it on financing options for the WSL.

Sources said the process, which is at an early stage, would examine whether to create a ‘newco’ which held the commercial rights to the WSL.

The FA is determined to establish greater financial independence for the elite women’s league, and recently secured what was described as a “game-changing” multimillion pound broadcast deal with Sky Sports – which shares an owner with Sky News – and the BBC.

At least two private equity firms, Bridgepoint and CVC Capital Partners, have already expressed an interest in buying a stake in the WSL’s commercial arm.

Both have substantial experience of investing in top-class sport, and their expertise is said to appeal to a number of leading football decision-makers.

Insiders said, however, that a decision had yet to be made about whether such a stake would be sold, and that a debt deal would also be explored by Rothschild.

The FA’s review comes after a tumultuous week for the men’s game in Europe.

A continental Super League, details of which were revealed by Sky News last October, was announced and rapidly abandoned by the six richest Premier League clubs amid a public and political outcry.

In its initial statement about the plans, the Super League said it would launch a women’s equivalent competition “as soon as is practicable”.

The WSL season is approaching its conclusion with Chelsea, chasing an historic quadruple, leading the table ahead of Manchester City.

Under one scenario, the clubs and the FA would jointly own a new commercial rights company alongside a new private equity backer.

A football club executive said this weekend that they expected this to be the outcome of the Rothschild-led review.

Nevertheless, such a plan could pave the way for a tussle with the Premier League for control of the women’s top flight.

“We decided collectively-that is the Premier League and the FA together and the WSL and Women’s Championship Board-that now was not the right time, but we will return to that topic at some point in the near future,” he said.

The Guardian reported last year that a majority of WSL clubs opposed the idea of a takeover by the Premier League amid concerns that the women’s game would play second-fiddle to its wealthier male counterpart.

A deal to commercialise and promote the WSL more effectively would provide the FA with a boost to its coffers at an opportune time, given the impact of the pandemic.

The governing body has been forced to axe more than 100 jobs because of a £300m funding deficit caused by the coronavirus pandemic.

Many sports bodies and rights-holders have been hurt by the crisis, turning to emergency government funding after broadcasters and sponsors sought substantial rebates.

Top-flight women’s football in England has seen a sharp uptick in interest since the national team reached the World Cup semi-final in 2019, losing 2-1 to the USA.

Barclays has become title sponsor of the WSL and has pledged to inject substantial sums into helping grow the sport at grassroots levels.

The FA also brought in Dawn Airey, a heavyweight media executive, as chair of the WSL and the second tier, the Women’s Championship.

In the US, women’s football has seen record television audiences since the resumption after the first lockdown.

The financial value attached to the WSL is unclear, but sports industry figures say they expect the FA to consider “credible proposals”.

The interest of buyout firms in taking a stake in the WSL offers further interest in the booming interest in elite sports series from private equity investors.

The FA and Rothschild declined to comment on Saturday.