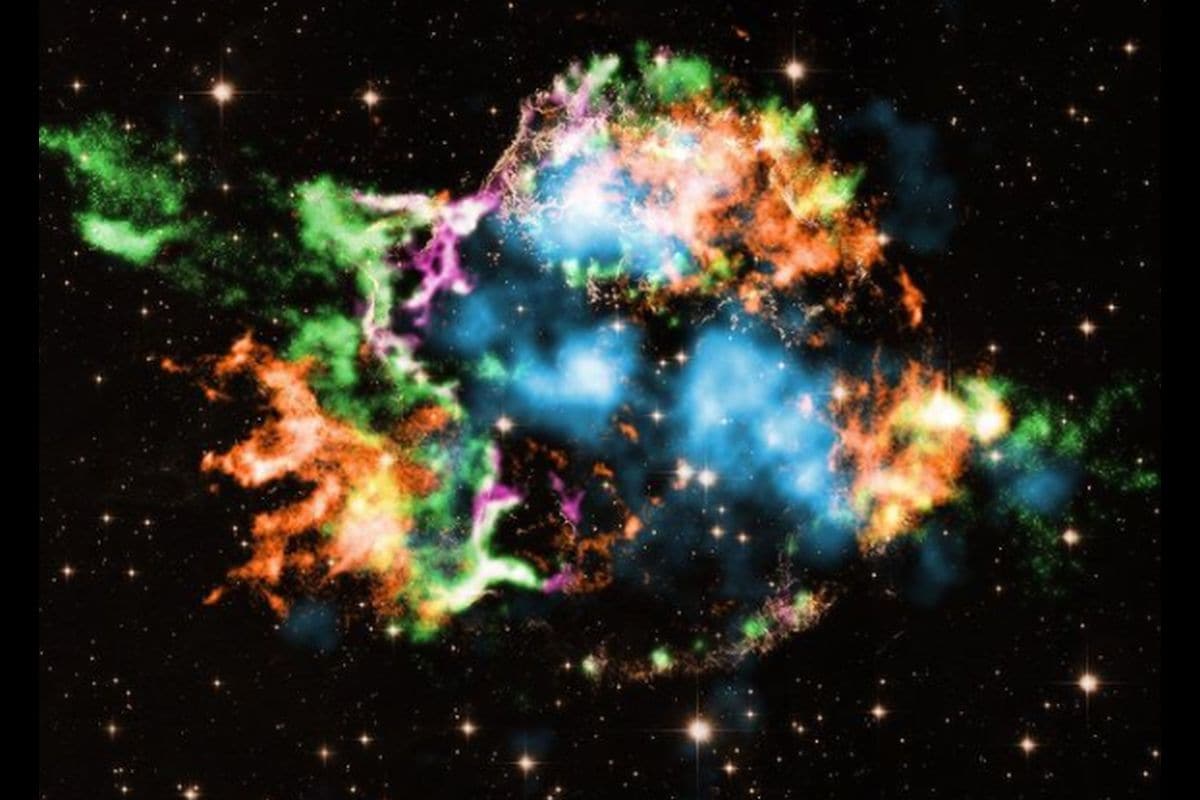 NASA has made a new discovery through its Chandra X-ray Observatory that could turn out to be a major step towards pinpointing exactly how some giant stars explode. The space agency said that its scientists have found fragments of titanium blasting out of a famous supernova — an extremely bright super explosion of a star. For years, scientists had trouble understanding how giant stars — with masses 10 times that of the Sun — exploded when they ran out of fuel. The results are based on observations of the remains of a supernova called Cassiopeia A (Cas A).

Located in our galaxy about 11,000 light-years from Earth, Cas A is one of the youngest known supernova remnants and is about 350 years old. In an Instagram post, the space agency shared an image of the remains of a supernova and captioned it, “We’re blown away”, adding that the amount of stable titanium produced in Cas A exceeds the total mass of the Earth.

“Recent 3D computer simulations suggest that these neutrinos — or very low-mass subatomic particles — made in the creation of the neutron star play a crucial role in driving bubbles that speed away from the neutron star. These bubbles continue driving the shock wave forward to trigger the supernova explosion,” it further added.

Toshiki Sato of Rikkyo University in Japan, who led the study, said that scientists think most of the titanium that is used in our daily lives such as in electronics or jewellery is produced in a massive star’s explosion. He said that until now, they could capture the moment just after stable titanium is made. Astronomers used over 18 days of Chandra observing time from the supernova Cas A taken between 2000 and 2018.

“We have never seen this signature of titanium bubbles in a supernova remnant before, a result that was only possible with Chandra’s incredibly sharp images,” said co-author Keiichi Maeda of Kyoto University in Japan. The result is an important step towards solving the problem of how these stars explode as supernovae, he added.

A few days ago, NASA celebrated the 31st anniversary of the launching of the Hubble Space Telescope by aiming the observatory at one of the brightest stars seen in our galaxy. It shared an image of AG Carinae, which is located approximately 20,000 light-years away.

The Hubble Space Telescope launched 31 years ago on April 24 is still capturing spectacular cosmic images. Stars like the AG Carinae are among the biggest and brightest. It started forming around 10,000 years ago and is likely to survive only a few years.

We dive into all things Apple — iPad Pro, iMac, Apple TV 4K, and AirTag — this week on Orbital, the Gadgets 360 podcast. Orbital is available on Apple Podcasts, Google Podcasts, Spotify, and wherever you get your podcasts.
This article was originally published by Ndtv.com. Read the original article here.
Share on Facebook
Share on Twitter
Share on Pinterest
Share on LinkedIn