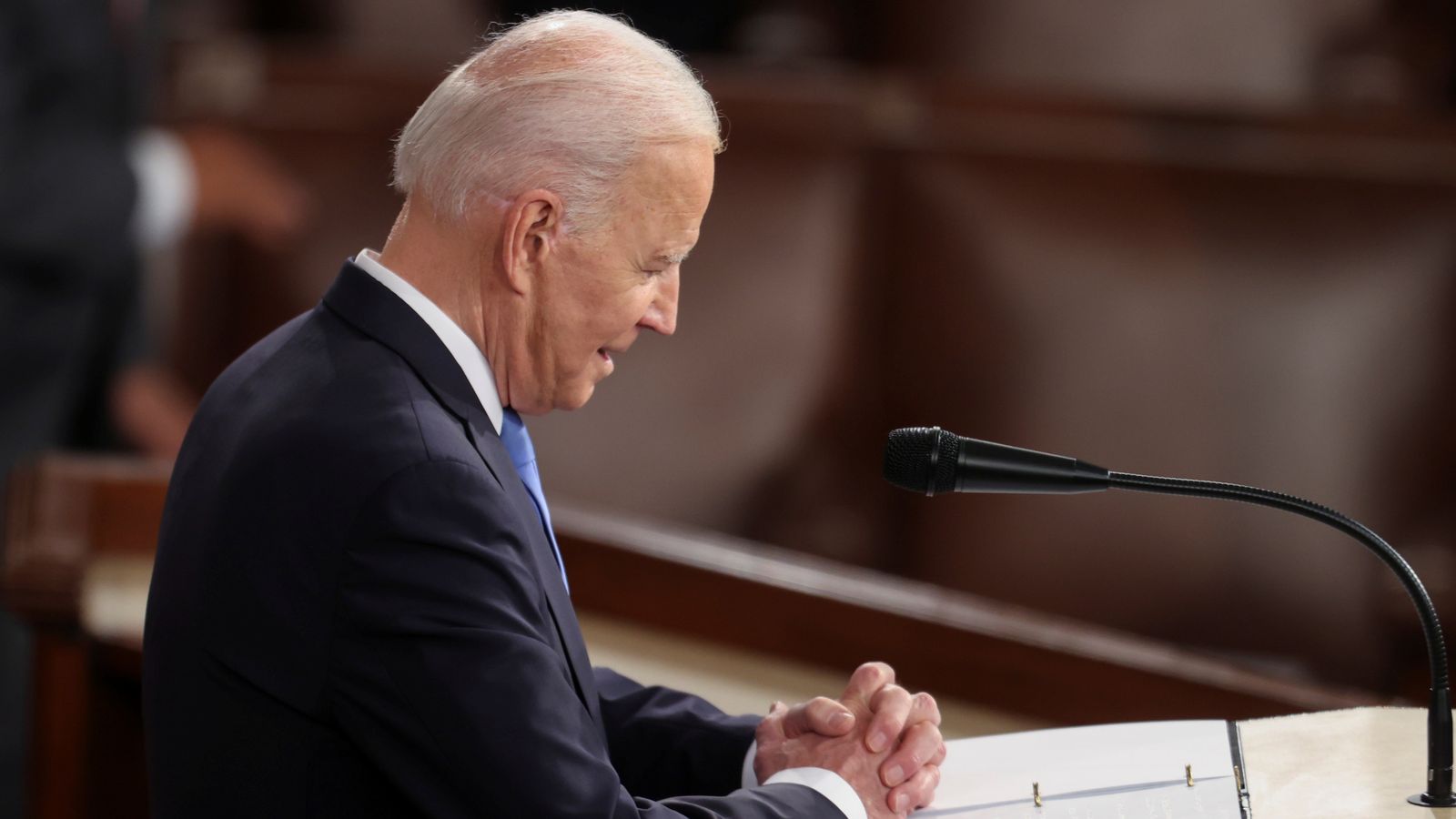 It was a speech full of promises but pragmatism too.

US President Joe Biden was clear that he’d inherited a divided and struggling nation but declared: “America is on the move again…”

It was the biggest speech of his presidency so far; a moment for him to reach out, he hopes, to the “forgotten” in the country with pledges of financial support, health care reform and to restore faith in the democratic process. 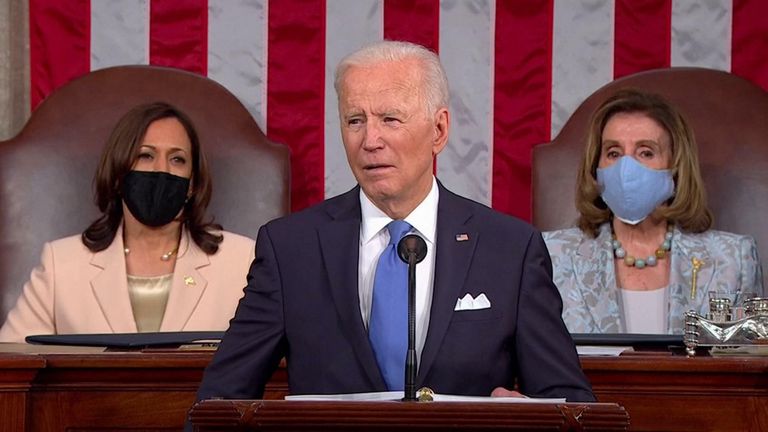 On Thursday, he is in Georgia, the state which made it possible for him to make such bold proposals on Capitol Hill last night.

It was Georgia which propelled Mr Biden to the White House. Republican red for nearly two decades, it flipped blue for Biden in November.

But more than that, it was January’s run-off elections, won by Senators Jon Ossoff and Raphael Warnock, that flipped control of the US Senate to the democrats.

Georgia is why the Democrats have a razor thin majority on the Hill and the ability to push through change.

Without Georgia, the president’s agenda would have been much more limited. With a divided Washington he’d have faced the same frustrations which stalled Obama’s vision.

Biden’s presidency, young though it is, feels a little like Obama with hindsight: correcting mistakes from that presidency and doing what couldn’t be done back then.

But what about America’s core struggle? Division. The millions who voted for Donald Trump.

Not far from where the president will be in Georgia is Stone Mountain: site of a vast cliff side carving of three confederate generals. It is a controversial place.

Last year it was a central backdrop for American division. People on the left and right of politics gathered for protests; the country’s culture war was raw here.

Months on and it’s quiet. But the polarisation remains. Among the tourists we met there were Curt and Sherrie Elliott, retired now and exploring their country state by state.

“Well, we’re not really impressed. First of all, he didn’t win the election….” Curt tells me.

“And secondly, right off the bat, he starts out with all these executive orders over overextending his power… I don’t feel like we’re any closer to unity at all, because… he’s doing things that are not what the Republicans were in favour of and wanted. So how in the world is he ever trying to achieve any type of bipartisanship?”

I ask about the remarkable success President Biden has had with the vaccine programme.

The conversion is the same as so many that I had with supporters of Donald Trump just before the election.

Curt and Sherrie are two out of 74 million Americans who voted for Mr Trump in November’s election; the most divisive in US history.

The TRUMP / PENCE yard signs and billboards have gone. But the passion for Donald Trump and his style of politics feels unwavering.

“America is on the move again…” was President Biden’s core message last night.

Yet it still feels like it’s moving in two different directions. Unity or even reconciliation feels far off.

Tesla (TSLA) sales and export in China are down, but factory upgrade is to blame
NHS England reduces two-year waits for treatment but 12-month delays soar
College football confidential: Coaches tell all on 42 different quarterbacks
For good, or ill, the Republican Party has placed itself in the orbit of Donald J Trump – Adam Boulton analysis
Han Solo’s blaster from Star Wars expected to fetch up to $500,000 at auction