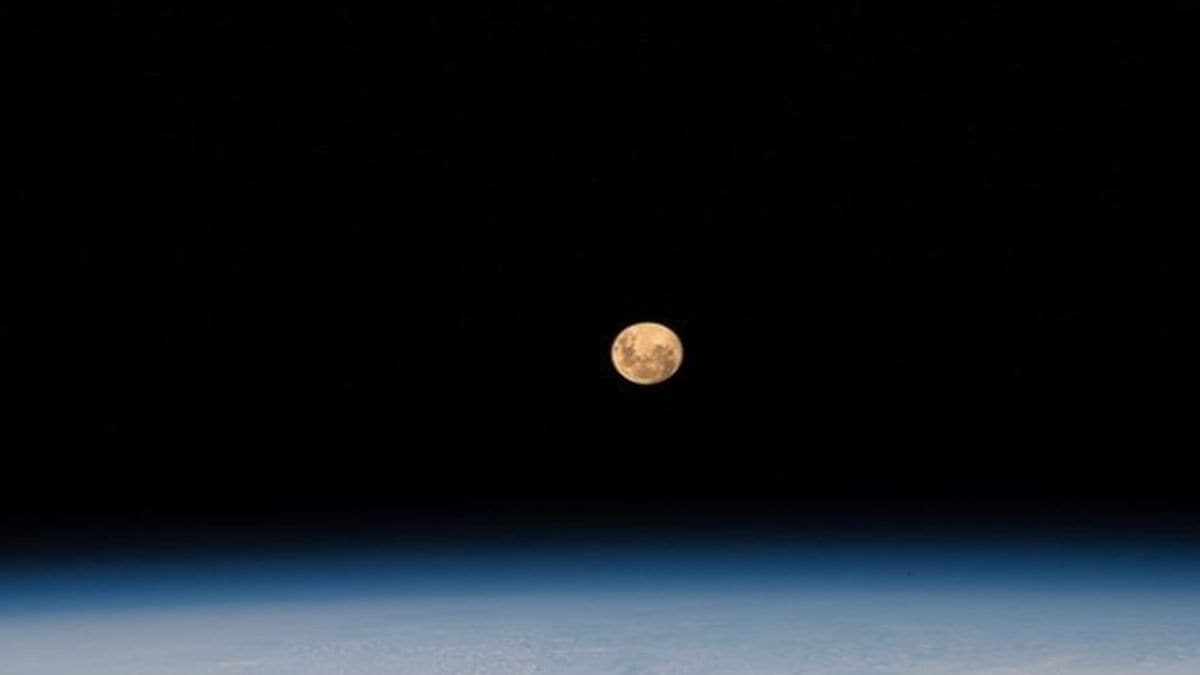 The International Space Station (ISS), on Thursday, shared a collection of photographs, featuring the ‘Super Moon’. This celestial event occurs when the Moon is at its closest point to the Earth and at the same time is full. As a result, the Moon looks larger and brighter than other days. Also known as the ‘Pink Moon’, this year it appeared on April 27 and 28, and was the first of at least two such celestial events this year. In a four-slide post on Instagram, ISS wrote: “The “Super Moon” was recently photographed from the station. It is a spectacular sight from space no matter what phase the Moon is in.”

While the first picture shows a full Moon, the second one features a crescent. The third photograph once again showed a full Moon, while the fourth one, clicked at night, showed the Moon, the Earth, the ISS as well as innumerable stars.

The ISS shared these breathtakingly beautiful pictures on Twitter as well, leaving almost everyone awestruck. The Twitter post, carrying the same pictures, had already been liked by over 26,000 people and retweeted over 5,000 times.

A Twitter user, @Flatline42, said he loved the last picture, for it featured stars, something not seen often.

You almost never see photos with stars in them. I like that last one for that reason.

Another user @MelroseShow said the last picture left him speechless for the very same reason. “It’s like I’ve seen the moon a thousand ways, but moonlight shine on earth from space is… whoa,” the user wrote further.

The last photo has me speechless. It’s like I’ve seen the moon a thousand ways, but moonlight shine on earth from space is … whoa ????

According to NASA, the Moon’s closest point to the Earth is known as the perigee, which is an average distance of about 2,26,000 miles (3,63,300 kilometres) from the Earth. However, the difference is not that easy to spot with the naked eye.

The space agency states that the next ‘Super Moon’ will occur next month, on May 26. So, if you have missed watching the last ‘Super Moon’, mark the date of the next one in your calendar.