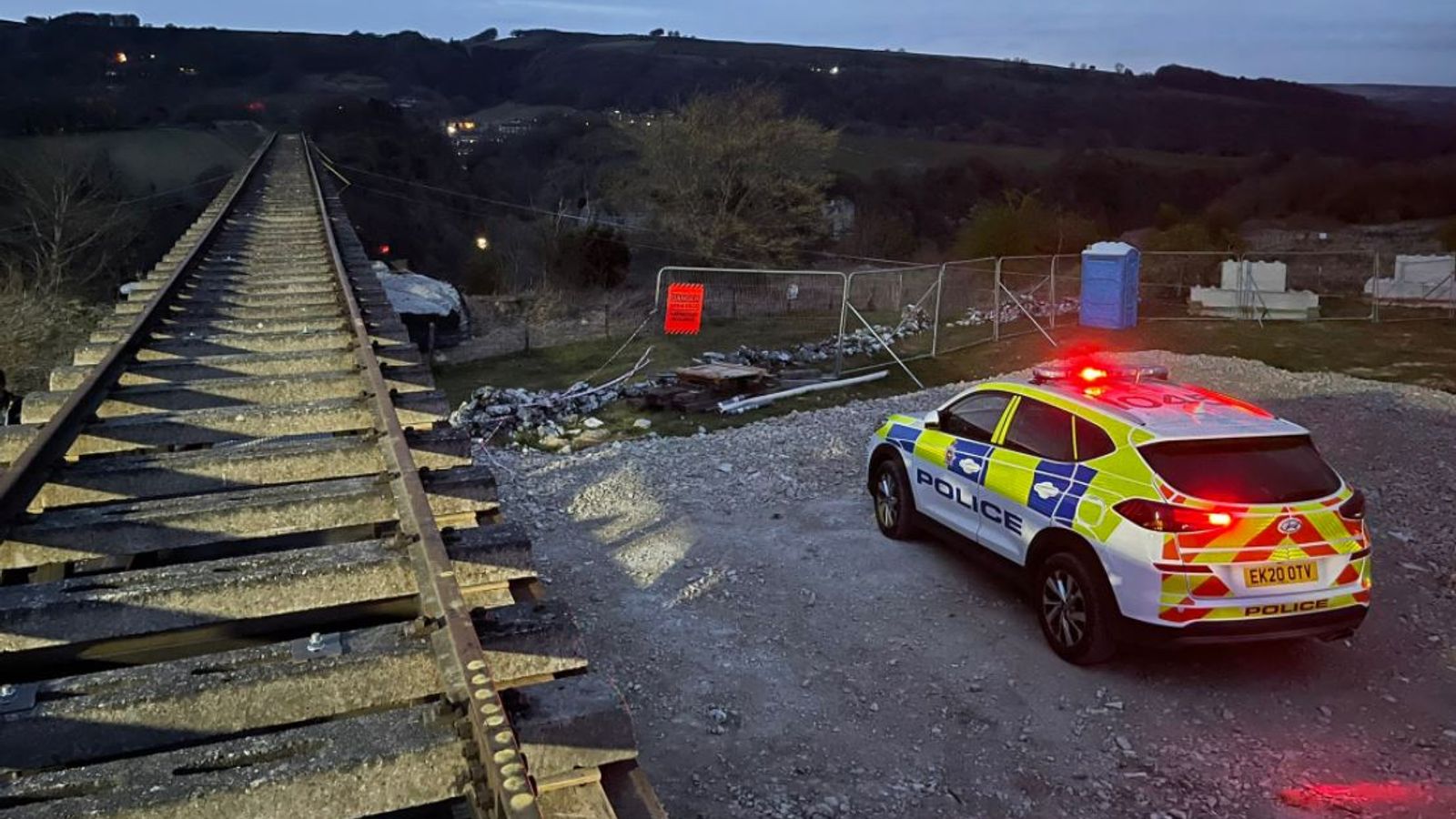 Police are investigating reports base jumpers have been leaping off the set built for a Mission: Impossible film.

A tweet from the Derbyshire Dales Response Unit said: “Stoney Middleton. Reports of people jumping off this film set with parachutes. We attend to complete an area search but don’t find them. Enquiries ongoing…”

The quarry in Derbyshire is being used as a location for Mission: Impossible 7.

Pictures from the set show a train track running towards a precipice at the open pit in the Peak District.

The upcoming film has suffered a number of setbacks during production.

Chief among these were the delays caused by the coronavirus with filming having been scheduled to start in Italy in February 2020.

Production was then moved to the Warner Bros Studios in Leavesden in Hertfordshire.

Last month, the release date for the film was moved back from November until May 2022.