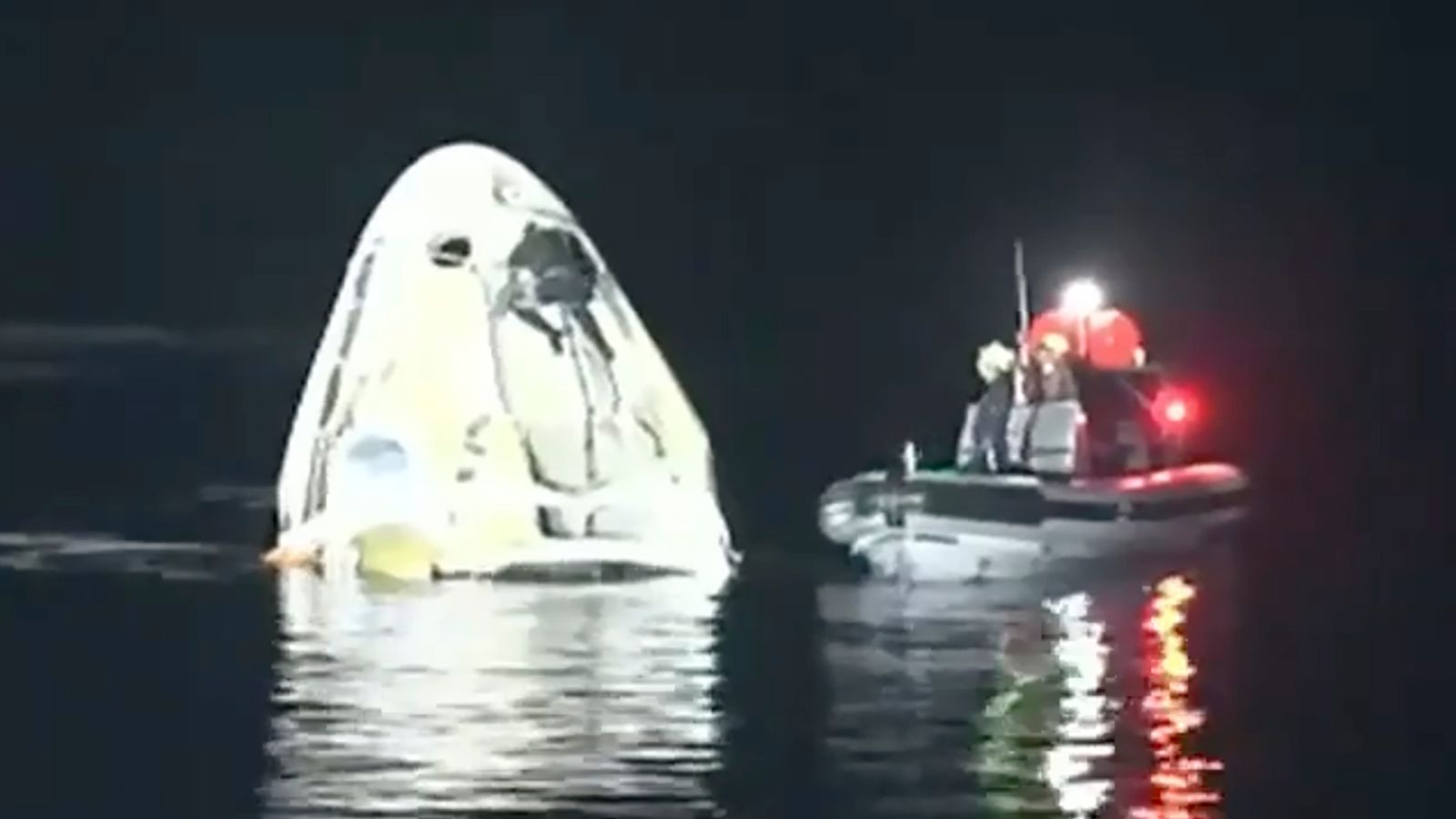 The four astronauts of SpaceX’s first full mission to the International Space Station have splashed back down to Earth off the coast of Florida.

It is the first US splashdown under the cover of darkness since Apollo 8’s return from the moon in 1968.

The Dragon capsule parachuted into the Gulf Of Mexico just before 8am BST (3am local time).

NASA’s Mike Hopkins, Victor Glover and Shannon Walker and Japan’s Soichi Noguchi had been orbiting Earth since November last year and undocked from the International Space Station around six hours prior to entering the atmosphere.

SpaceX is the first private space flight operator to take a crew to and from the International Space Station (ISS) for a long mission.

After floating in the Gulf of Mexico off the coast of Florida’s pandhandle, a team in the boat Go Navigator collected the capsule and lifted it on to its deck, to help the crew disembark safely.

All being well, the team will be taken to NASA’s headquarters in Houston, Texas following medical checks.

The 167-day mission is the longest for US-launched astronauts, almost doubling the previous record of 84 days which was set by Nasa’s final Skylab crew in 1974.

Shortly after the Dragon capsule undocked from the ISS, NASA’s Victor Glover tweeted “Earthbound”, as he was hurtling back towards the planet from orbit.