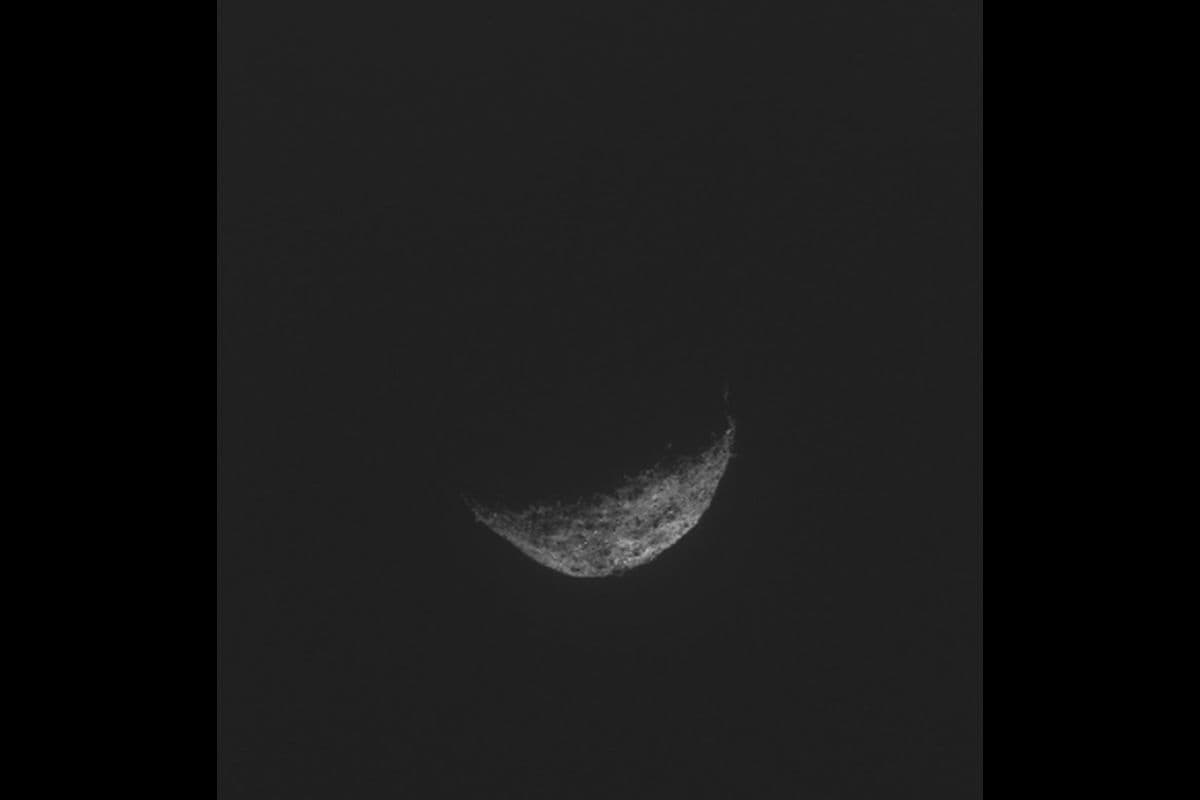 NASA has shared an image of asteroid Bennu captured from its Origins, Spectral Interpretation, Resource Identification, Security, Regolith Explorer (OSIRIS-REx) spacecraft, which is now slated for return to Earth in 2023. In the Instagram post, the space agency wrote, “Stop! 4.5-billion-year-old steroid crossing! You’re looking at a real image of asteroid Bennu captured from @NASASolarSystem’s #OSIRISRex spacecraft.” The spacecraft, which has been in space for nearly five years, is now on its way back to Earth with a sample of rocks and dust from the ancient cosmic object, the agency said.

The photograph shows crescent Bennu with one of its sides merging with the dark space as the OSIRIS-REx pushed away from Bennu. For two years, the spacecraft studied the asteroid and revealed several secrets of this ancient body.

It also helped understand more about its rubble-pile-like consistency and surface terrain. NASA, in a note on its website, says that the asteroid’s terrain turned out to be much rockier and more rugged than initially expected from the observations of the ground-based telescope.

The spacecraft, which embarked on its return journey on May 10, 2021, is expected to jettison the sealed capsule containing the sample and send it onto a trajectory to touch down in the Utah desert on September 24, 2023. It is carrying more than 60 grams of dust and fragments from the asteroid, the largest sample collected by NASA since the Moon rocks brought back by the Apollo missions.

To achieve this goal, the US space agency launched a high-risk operation in October 2020: the probe came into contact with the asteroid for a few seconds, and a blast of compressed nitrogen was emitted to raise the dust sample which was then captured.

The surprise for NASA was the probe’s arm sank several centimetres into the surface of the asteroid, showing the scientists that “the surfaces of these rubble pile asteroids are very loosely consolidated,” Dante Lauretta, head of the mission, said on NASA’s video broadcast as the spacecraft began its return voyage.

The whole mission almost came to naught when NASA realised a few days later that the valve of the collection compartment was failing to close, letting fragments escape into space.

But the precious cargo was finally secured after being transferred to a capsule fixed in the spacecraft’s center.

NASA says the samples will be transported to its Johnson Space Centre in Houston from where it will be distributed to laboratories across the globe to enable scientists to study the formation of our solar system and Earth as a habitable planet.

Not just that, the ace space agency has also decided to preserve 75 percent of the sample and keep it for future generations, who can study it using technologies yet to be invented or developed.