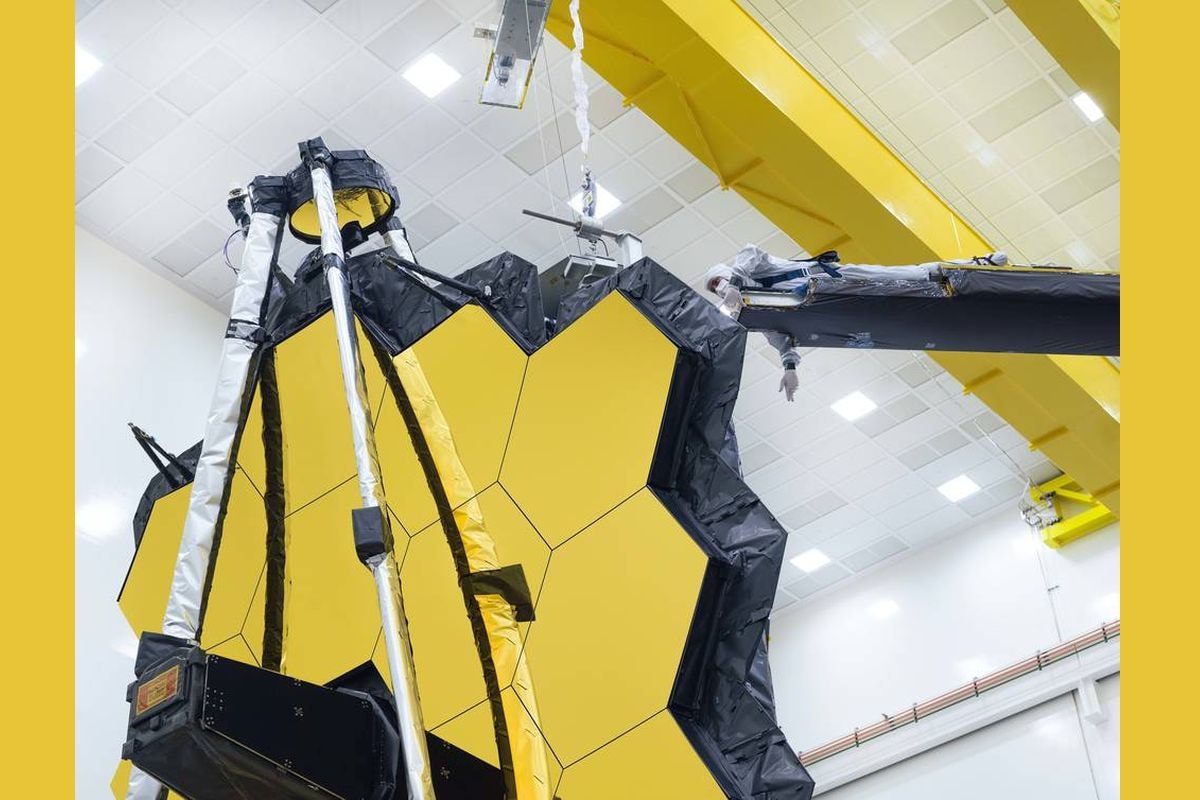 The world’s largest and most powerful space telescope unfolded its giant golden mirror for the last time on Earth on Tuesday, a key milestone before the $10 billion (roughly Rs. 73,440 crores) observatory is launched later this year.

The James Webb Space Telescope’s 21 feet 4 inch (6.5 metre) mirror was commanded to fully expand and lock itself into place, NASA said – a final test to ensure it will survive its million-mile (1.6 million kilometre) journey and is ready to discover the origins of the Universe.

“It’s like building a Swiss watch at 40-feet-tall… and getting it ready for this journey that we take into the vacuum at minus 400 degrees Fahrenheit (-240 Celsius), four times further than the Moon,” said Scott Willoughby of lead contractor Northrop Grumman.

He was speaking at the company’s spaceport in Redondo Beach, California, from where the telescope will be shipped to French Guiana to be launched on an Ariane 5 rocket, with NASA targeting October 31 for liftoff.

Webb’s primary mirror is made of 18 hexagonal segments coated with an ultra-thin layer of gold to improve its reflection of infrared light.

It will fly to space folded like a piece of origami artwork, which allows it to fit inside a 16-foot (5-metre) rocket fairing, and will then use 132 individual actuators and motors to bend each mirror into a specific position.

Together, the mirrors will function as one massive reflector, to enable the telescope to peer deeper into the cosmos than ever before.

Time machine
Scientists want to use the telescope to look back in time over 13.5 billion years ago and see for the first time the first stars and galaxies that formed, a few hundred million years after the Big Bang.

To do this, they need to detect infrared. The current premier space telescope, Hubble, only has limited infrared capacity.

This is key because by the time the light from the first objects reaches our telescopes, it has been shifted towards the red end of the electromagnetic spectrum as a result of the Universe extending the space between objects as it expands.

Another key area will be the discovery of alien worlds. The first planets to orbit other stars were detected in the 1990s and there are now more than 4,000 exoplanets that have been confirmed.

Webb “has instrumentation that will propel this new and exciting field into its next epic of discovery,” said Eric Smith, James Webb telescope programme scientist.

Scientists from 44 countries will be able to make use of the telescope, with proposals including using the infrared capabilities to penetrate the supermassive black holes at the center of galaxies, including our own.

“The discovery capability of Webb is limited only by our own imaginations, and scientists around the world will soon be using this general purpose observatory to take us places we haven’t dreamed of going before,” said Smith.