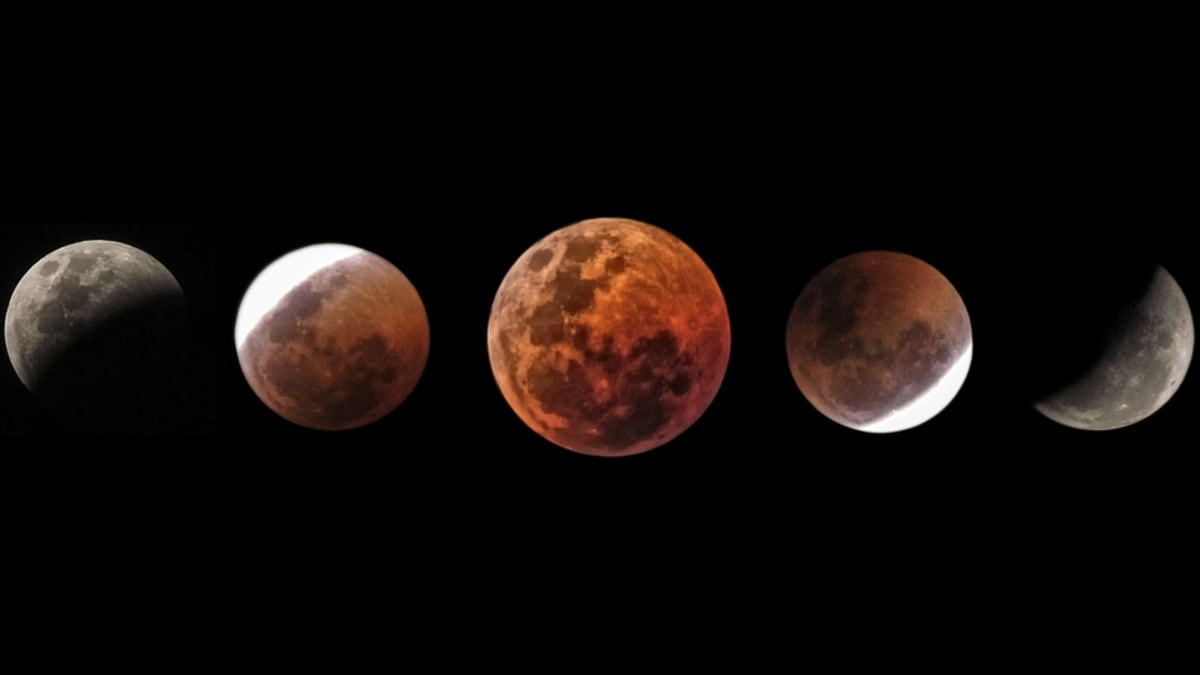 Blood Moon 2021 is set to appear on May 26. Commonly known as total lunar eclipse or purna chandra grahan in Hindi, a Blood Moon appears when the Moon moves into the Earth’s shadow and reflects a reddish colour light in the sky. The first — and the last — Blood Moon of 2021 will be visible to sky watchers in many parts of the world. However, for people in India, it is expected to be visible as a penumbral lunar eclipse for five minutes.

Will total lunar eclipse (Blood Moon 2021) be visible in India?

The total lunar eclipse aka Blood Moon 2021 will be visible in regions of South/ East Asia, Australia, Much of North America, South America, Pacific, Atlantic, Indian Ocean, and Antarctica, Norwegian website Time and Date reports. Some of the cities where the total eclipse is expected to be visible include Honolulu, Houston, Los Angeles, Manila, Melbourne, San Francisco, Seoul, Shanghai, and Tokyo. It will also be partially visible in cities such as Bangkok, Chicago, Dhaka, Montreal, New York, Toronto, and Yangon. However, it is expected to be only visible as a penumbral lunar eclipse in India – more on that later.

Blood Moon 2021 (the total lunar eclipse of the year) will be visible only in select parts of the world
Photo Credit: NASA

What exactly is Blood Moon?

A Blood Moon appears when the Moon’s surface turns reddish since the Earth completely blocks direct sunlight from reaching the Moon and only light reflected from the lunar surface is refracted by Earth’s atmosphere. It can be watched by naked eyes — without requiring any special gear. That said, the experience would be better if you could watch the eclipse through a telescope.

What is a penumbral lunar eclipse

Electric F-150 Lightnings save the day with power in Kentucky flood response
Singer Marcus Mumford reveals he was sexually abused as a six year old
One in 20 big businesses have offered workers a cost-of-living bonus
Waymo AVs can play a melody instead of honking to help you find your ride
FBI searching Donald Trump’s Mar-a-Lago estate, former president announces