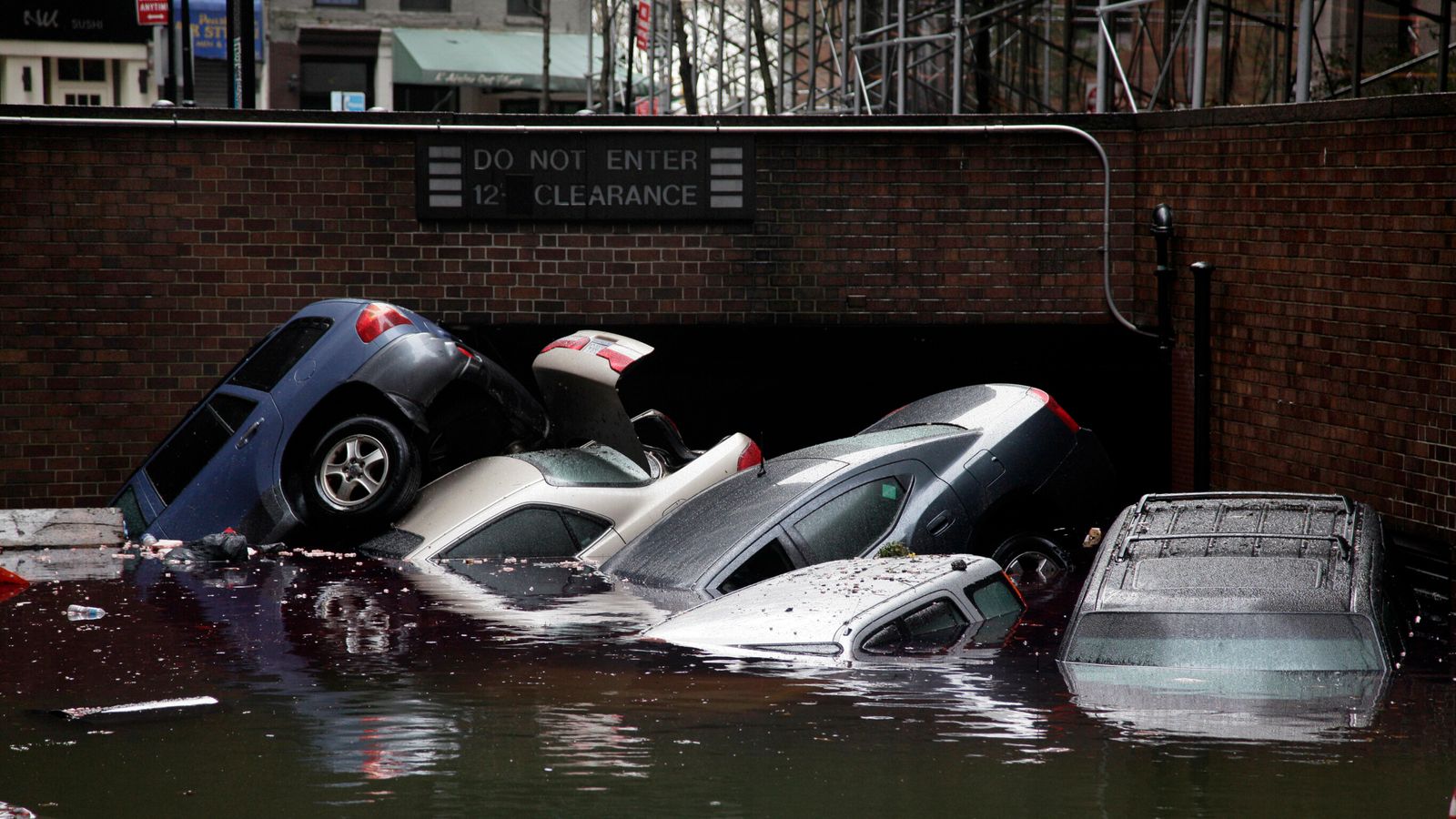 For the first time scientists have been able to attribute a portion of the devastating cost of Hurricane Sandy to climate change, estimating the bill at $8.1bn.

According to a study published in Nature Communications, sea level rise caused by carbon emissions accounted for approximately 13% ($8.1bn) of the $62.7bn in losses incurred by New York, New Jersey and Connecticut from the ferocious 2012 hurricane.

The study’s authors found human-caused climate change had raised New York-area sea levels roughly four inches (10cm) in the century preceding the ferocious storm, which killed 150 in the US and 233 people in total.

The raised water levels allowed the super storm to cause deeper and further inland flooding, affecting an additional 36,000 homes and 71,000 people.

Benjamin Strauss, lead author of the study and CEO of Climate Central, told Sky News: “To my knowledge it’s the first that a portion of the damage from a single weather event has been attributed to climate change.”

Mr Strauss said that for sea level rise, once you have done the attribution analysis, “we can state that essentially any economically damaging coastal flood anywhere in the world in the last half century is attributable at least in part to climate change”.

“The big take home message here is we are already getting hurt by climate change a great deal more than most people realise. It’s not just a problem for the future.”

His team isolated the effect of human caused sea level rise because that allowed for the “cleanest and most confident analysis”.

This results in a low end estimate of the role of climate change because it didn’t take into account the likelihood that climate change made the storm stronger, or affected its track or timing.

“I can imagine some future study finding that the sharp deviation of the jet stream that… steered Sandy back to the west into New York. If that could ever be attributed to climate change, you might say that all the damages were due to climate change.

“The science isn’t there yet. One day we might be able to make a better assessment.”

While scientists often point to climate change increasing the conditions or likelihood of extreme weather events, it is notoriously difficult to attribute individual events to human influences events.

But a growing field of “attribution science” allows scientists to compare what did happen with what would have happened in parallel scenario without human caused climate change.

But he said that global mean temperature fails to account for impact as a metric of climate change, such as “rising sea levels, drought, warming oceans-angry weather and its impact on humans and the world’s delicate ecosystems.”

Studies such as these help give “a realistic picture of what the impacts of human-cause climate change really are”, he said, which is crucial to understanding “what climate change means” and “identify where it really is a game changer”.

Hosted by Anna Jones, it follows Sky News correspondents as they investigate how global warming is changing our landscape and how we all live our lives.

South Africa domination sums up ugly year for stuttering England
Walmart overtakes Amazon in shoppers’ search for Black Friday bargains
Walmart manager who shot dead six co-workers said he was compared to serial killer Jeffrey Dahmer
What’s being done about ‘murder-for-hire’ sites on the dark web, and how dangerous are they?
English cricket bowled over with £400m private equity bid for The Hundred