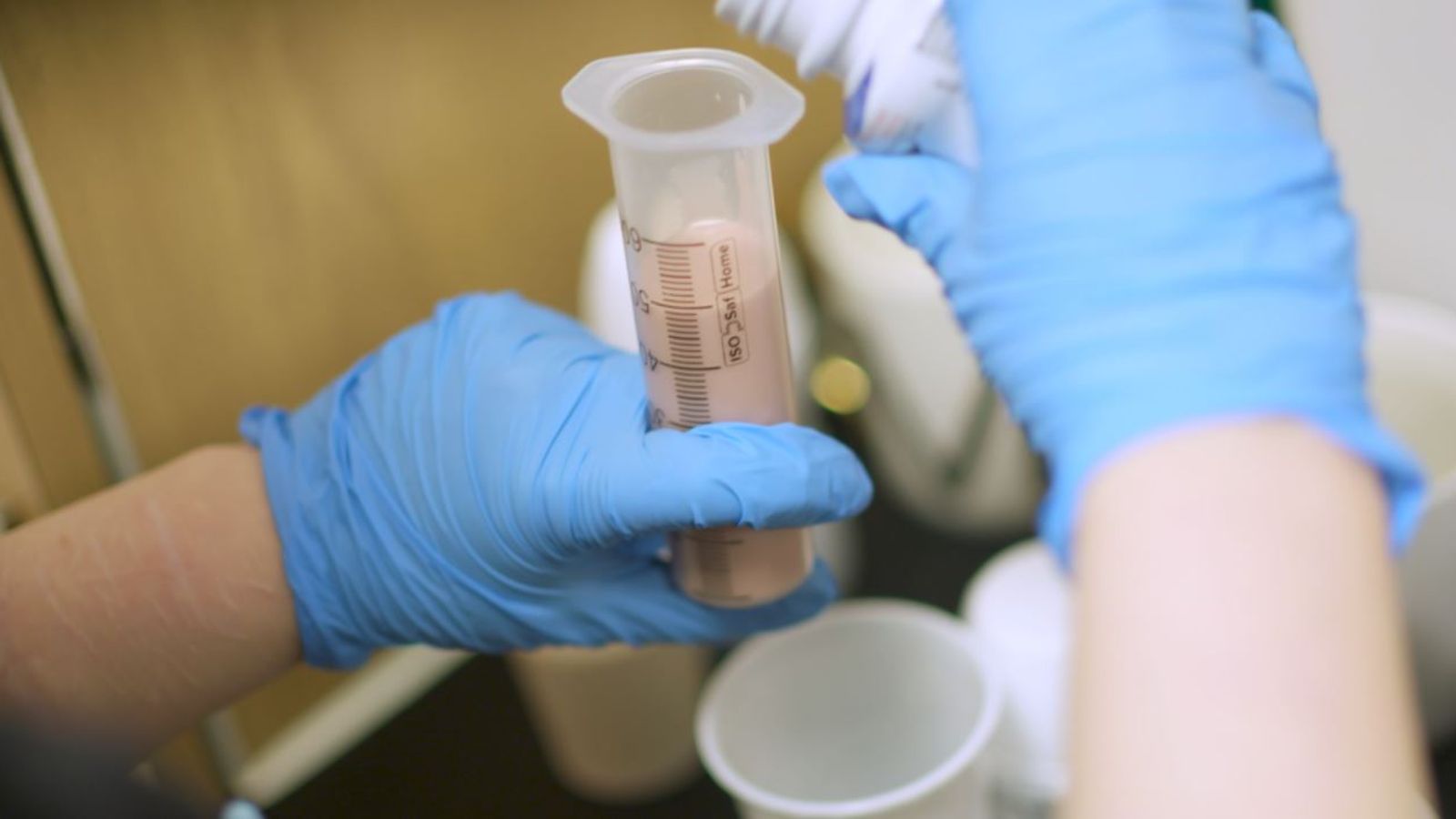 Every single door in this unit has a lock. It is the first thing you notice. The sounds of keys constantly jangling or the electronic beep of a fob is always in the background here.

There is writing on the walls: “Destroy your thoughts and not your body,” one reads, while another says: “You are not alone.”

I’m shown a typical room belonging to one of the teenage patients. It is full of teddies, posters and cards. Clothes are strewn all over the floor and the bed is not made. It could belong to any teenager anywhere.

But this is a secure psychiatric unit for children and most of the patients are held against their will under the Mental Health Act. That means they can’t come and go as they wish. This is for one reason: to keep them safe. This is a last resort when all else has failed.

The Hope and Horizon units are mental health wards for teenagers in Bury in the northwest of England run by Pennine Care NHS Trust.

On Hope ward, children spend anywhere between two days and four weeks being treated for conditions like drug-induced psychosis, or after a period of self-harming. Horizon ward has 10 beds and at the moment six are used for children with eating disorders. Patients can stay here for up to 18 months.

NHS data on eating disorders shows a fourfold increase in the number of children and young people waiting for urgent care.

Every day at 7.15am nurses from the night shift hand over to the day team. There’s no such thing as an average night but this one is fairly typical.

Mental health nurse Emily Sheppard lists some of the incidents, including: “She did tie a ligature at 10 o’clock. It was removed by the ligature knife. It was quite tight and she was gasping for breath afterwards.”

By every measure, children have suffered during the pandemic, and it is thought the disruption to school and social life could be some of the reasons behind why eating disorder referrals are so high.

“We have a limited number of beds, so we have been at capacity for our eating disorder beds for the last 18 months – it’s a constant pressure.”

By mid-morning, medicine is being dispensed by a nurse in one of the rooms off the corridor. There is a queue of girls outside. Most have messy hair and are in pyjamas and dressing gowns.

They chat among themselves about music, college and TV programmes they’ve watched. They are funny and make each other laugh.

But their bodies tell a different story. One at a time a girl is called into the room and asked to sit down in the chair. They roll up their sleeves to reveal horrific scarring caused by self-harm.

In a gentle voice, mental health nurse Heather Pulman says: “Shall we cover it up so it doesn’t get infected?”.

She cleans the wounds and gives each girl a paper cup containing their medication to combat low mood, depression, suicidal thoughts and psychosis. And off they go.

By lunchtime, the smell of food begins to fill the air. It’s not easy to serve lunch in a place where no one wants to eat.

Meals are prepared by nurses in a small kitchen on the ward but it’s not long before someone refuses to take nutrition. Nurse Cat Perrin-Griffiths goes into the young girl’s room and crouches by her bed.

She says: “Are you sure there’s nothing we can do to help? I know it’s really difficult, we need to try and beat it, will you not come out for a little bit?”

Anorexia nervosa has this girl in the tightest of grips and if she does not eat, she could die. The girl has 15 minutes in which to agree to eat lunch but if she still refuses then nurses have no other option.

A milky formula rich in calories and nutrients is prepared and drawn up into large syringes. Most of the teenage patients here have nasogastric tubes fitted which allow the nurses to inject the formula directly into the stomach.

“It’s the only way,” nurse Holly Atherton says. “Either you do something quite brutal like this or you let a teenager become so physically compromised that they could ultimately die.”

Fifteen minutes have passed. The nurses go into the girl’s room – she still won’t eat. With a nurse on each arm, she is carefully led out of her bedroom. There is no expression on her face as she is slowly walked down the corridor to another room. The syringes are waiting on a trolley. The door closes behind them. This girl doesn’t want to eat so now she is being forced to.

And this is where extreme illness meets extreme treatment.

More and more children could need this sort of care, while lockdown has increased pressure on community services.

The impact of the pandemic

Eating disorders affect an estimated 1.25 million people in the UK, the most common being anorexia and bulimia. They have the highest mortality rate among all psychiatric disorders.

Recently the Health and Social Care Select Committee was told that the number of referrals for help with eating disorders had doubled during lockdown.

Claire Murdoch, national mental health director for NHS England, told committee members: “There is something about the pandemic that has led to a big increase in eating disorders referrals.

“A lot of investment plans, and a lot of our focus currently, are to make sure that we have adequate treatments and support in place.”

Ms Perrin-Griffiths said: “We’re seeing a massive increase in young people coming in saying that the support just wasn’t there because the community services are absolutely backlogged.

“People aren’t having as many face-to-face appointments and everything’s gone online. I think a lot of young people can find it so easy to lie and say they are fine.

“It’s not until they get to the point where they probably end up coming in here that we realise how severe things actually are.”

If you have been affected by any of the issues in this article you can contact the Samaritans on 116 123, or the eating disorder charity Beat’s helpline on 0808 801 0677.