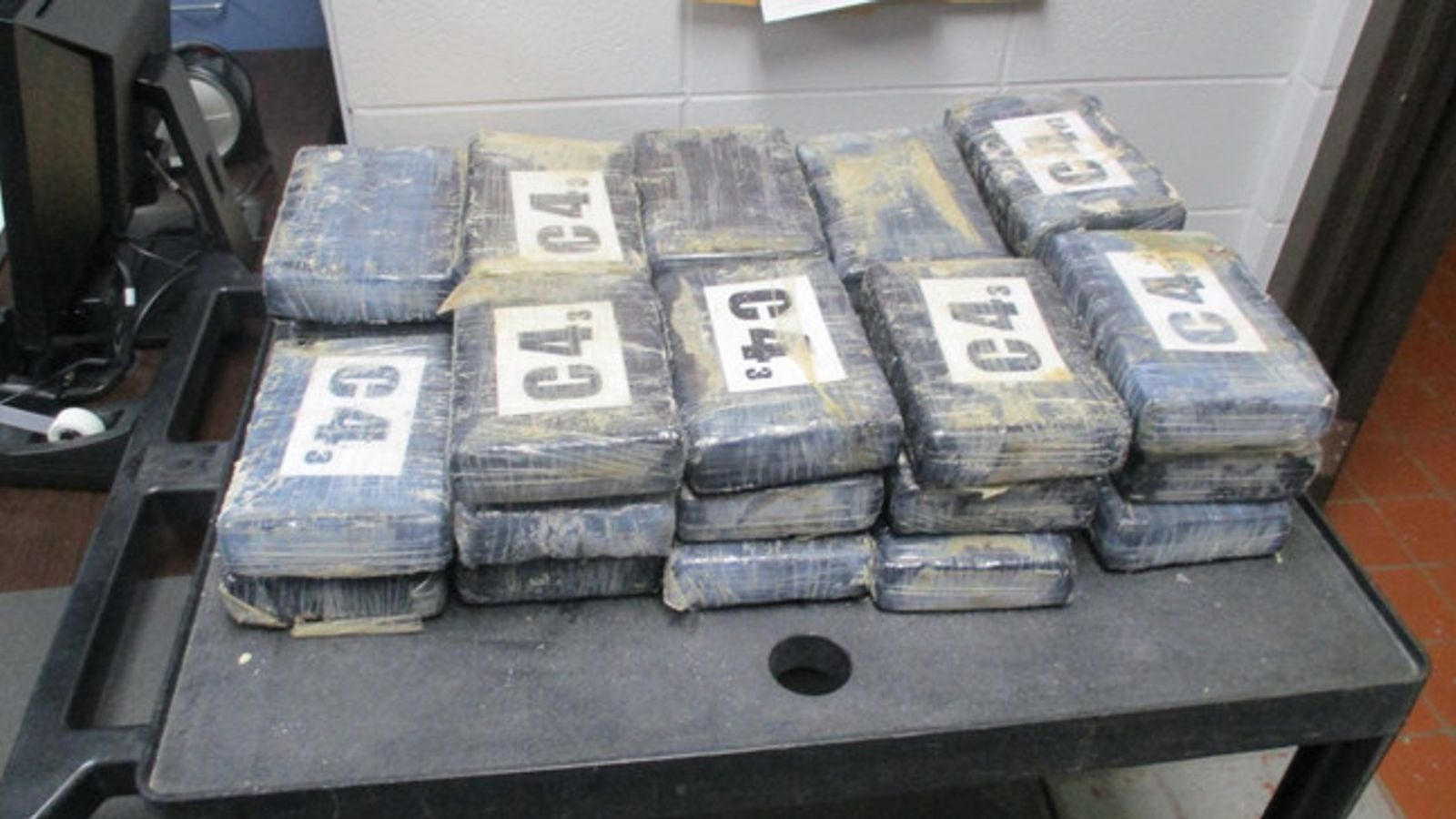 Beachgoers in Alabama have been surprised to discover 31 blocks of cocaine on the shoreline.

The drugs, which total more than $1m (£705,000) in value, were spotted by numerous people enjoying the Gulf Shores beaches on Monday night.

Police received multiple calls about the packages, which were found along Beach Boulevard.

The narcotics have since been turned over to US Customs officials, Gulf Shores Police Department said.

It is unclear where the drugs came from.

Police said they will be stepping up controls on the beaches and an investigation has been launched, according to local broadcaster WKRG.

A similar haul of cocaine was discovered by a snorkeler at Palm Beach in Florida three weeks ago.

There is nothing to suggest the two incidents are related at this time.