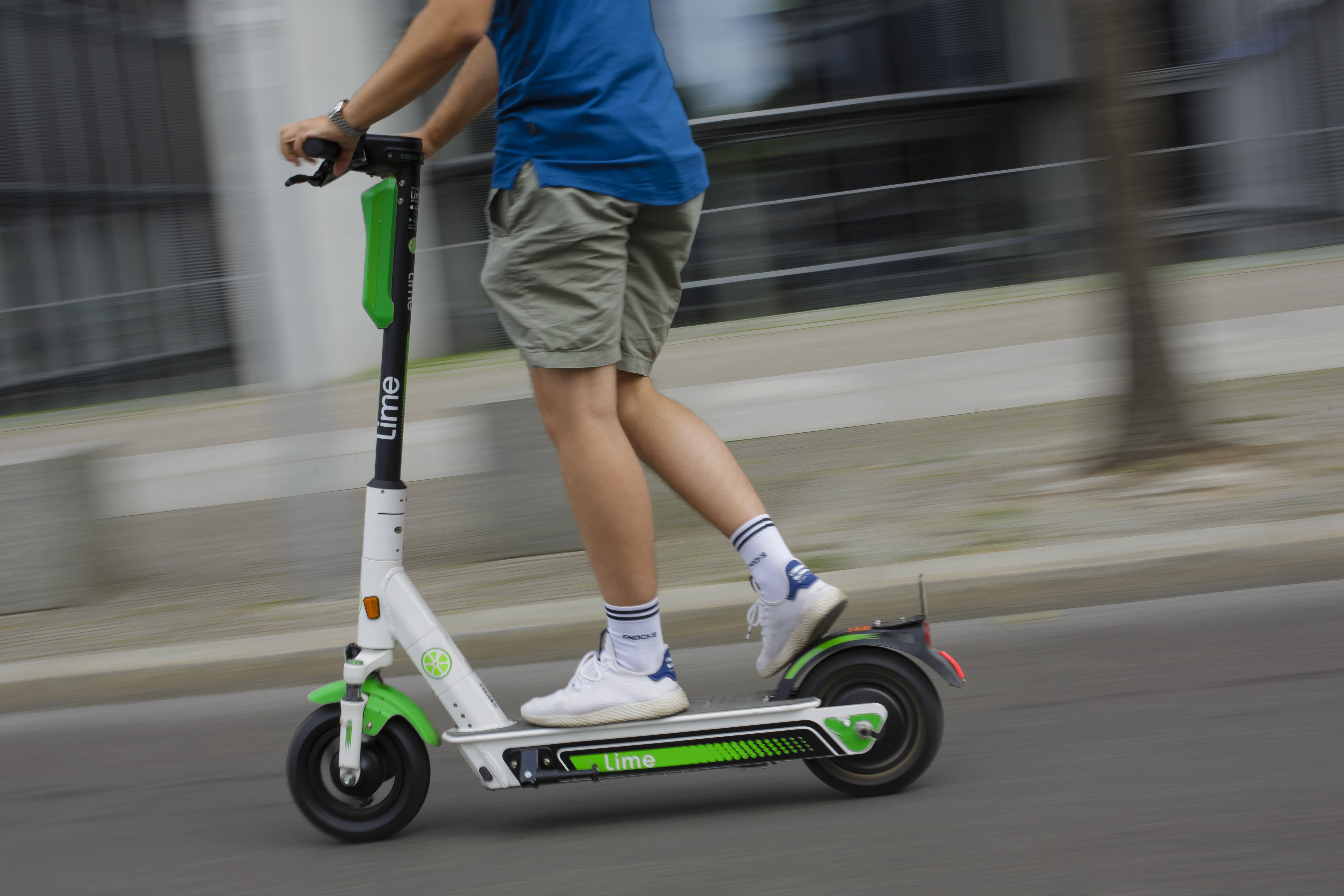 LONDON — Starting from June 7, Londoners will officially be allowed to whizz around on an electric kick scooter.

City transport regulators said Tuesday that a handful of e-scooter rental firms had been selected to run trials in the U.K. capital next month.

Areas covered by the trials include Ealing, Canary Wharf, the City of London, Hammersmith and Fulham, Kensington and Chelsea, and Richmond upon Thames.

Riders will be able to travel through — but not start or end trips in — Tower Hamlets. The London boroughs of Lambeth and Southwark are also looking to participate in the trials.

Rental pricing will be set individually by the operators and has not yet been confirmed.

The British government first announced plans to speed up the rollout of e-scooter rental trials across the country last year.

The move was viewed as part of a wider effort to get Brits out and about again post-lockdown with electric bikes and scooters, using a healthier and environmentally-friendly alternative to cars and public transport.

In the U.K., the electric kick scooter is classified as a PLEV, or Personal Light Electric Vehicle, and these are illegal on British roads or pavements.

However, hiring scooters from licensed operators is now permitted in several cities and regions in the U.K. thanks to new trials, though privately-owned models remains banned in public spaces. If the trials are a success, the laws will likely be updated.

In London, e-scooters will be required to adhere to a maximum speed of 12.5 mph, lower than the national maximum of 15.5 mph. The vehicles must also be fitted with lights on the front and back and audible warning systems that can be used without riders having to adjust their grip on the handlebars.

The legalization of e-scooters has led to safety concerns from campaigners. In 2019, YouTube star and TV presenter Emily Hartridge died after her e-scooter collided with a lorry in London.

And some authorities worry e-scooters will be a nuisance. In some cities where they are permitted, the two-wheelers have been thrown in rivers and ridden through shopping malls.

“Safety remains our number one priority and we will work closely with the e-scooter operators, London Councils and the boroughs to ensure rigorous standards are consistently met,” Helen Sharp, TfL’s e-scooter trial lead, said in a statement Tuesday.

Local authorities participating in the London trials will provide designated parking bays for the scooters, while geo-fencing technology will be deployed to prevent people from taking them outside of accepted areas.

Voi said it was “disappointed” to not be included in TfL’s e-scooter pilot and raised concerns over the scale and scope of the trial.

“There are also concerns that the chosen operators currently have less than 5% of the U.K. licensed micro-mobility market, meaning their local operating experience is severely limited,” a Voi spokesperson told CNBC.

Voi currently operates in 18 locations in the U.K. including the cities of Birmingham, Liverpool and Bristol.

Bird was not immediately available for comment when contacted by CNBC.

Wales v England later today – here’s what each side needs to do to reach the last 16
Idealab founder Bill Gross started selling solar energy kits in 1973 at 15 years old. Now he’s leading solar tech company Heliogen
Musk says Twitter to launch ‘Verified’ service next week with a ‘gold check’ for companies
These are the best electric bike sales for Cyber Monday that are already running [Updated]
Landslide rips through Italian holiday island amid confusion over fatalities