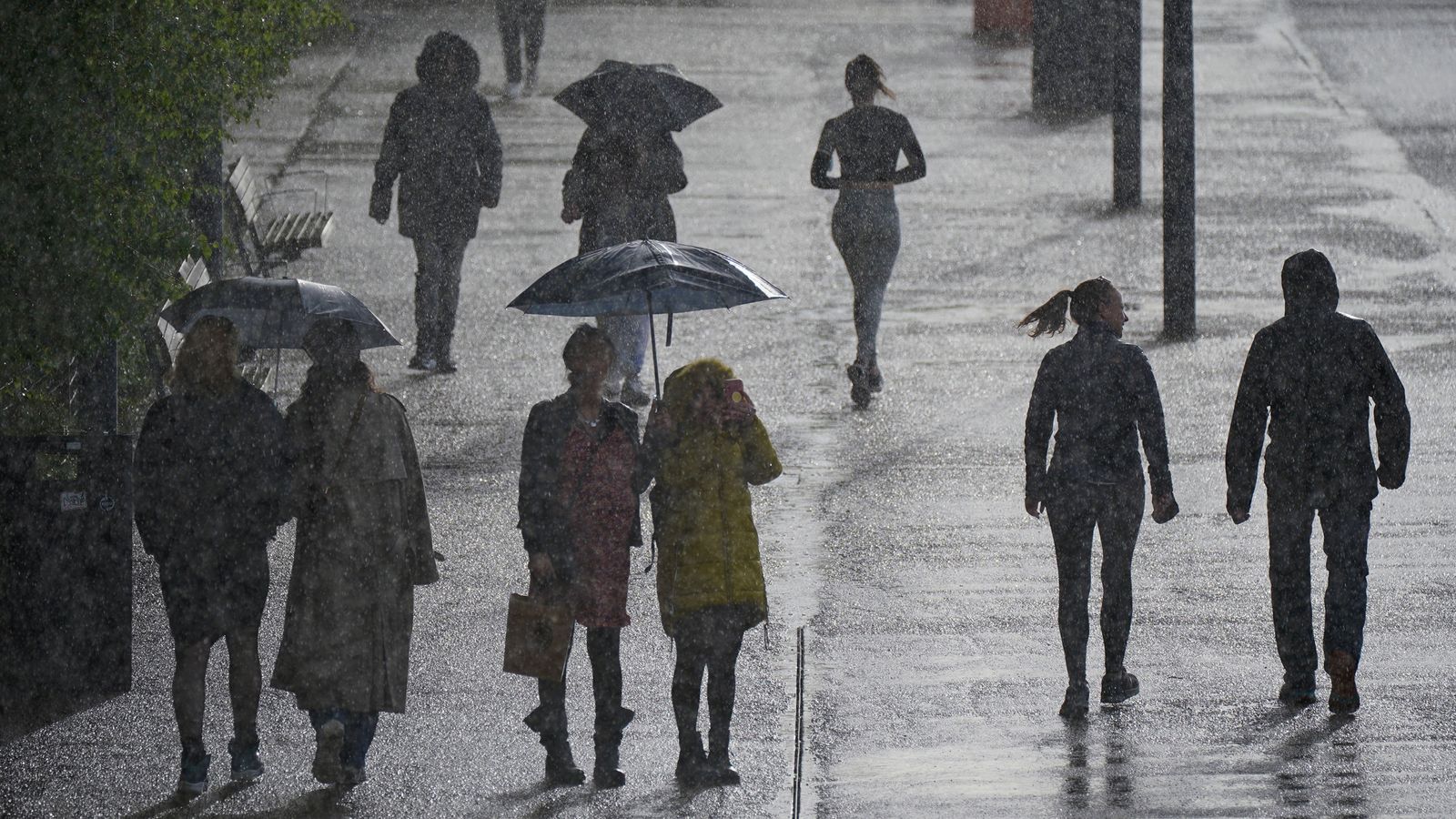 A wet May is set to get even more rainfall, and risks of high winds have led the Met Office to advise people to tie down their garden furniture.

This month has so far been “wetter than average” for this time of year, with 70mm of rain in the UK in the first 17 days.

This week has seen heavy showers, notable in London and the South East, with hail storms battering pavements yesterday.

Showers are due to move across the country today – while Thursday could see further deterioration in the weather.

Sky weather presenter Nazaneen Ghaffar said: “Most places will have a clear and chilly night with a local grass frost again. However, through the early hours heavy rain and strengthening winds will spread to Ireland, Northern Ireland, the west of Wales and southwest England.

“Tomorrow will become increasingly unsettled for most places as the heavy rain and strong winds spread across the rest of the UK. The strongest winds look to be across the South with gales or severe gales across coastal regions of Wales and southern England.”

As well as heavy precipitation, gusting winds will batter South Wales and the southwest of England due to low pressure.

“This time of year, with the trees in full leaf, it could potentially bring some small branches down and because there’s a lot more outdoor furniture, we advise people that it is a bit vulnerable to strong winds and to tie it down.”

North Wales, Northern Ireland and southern Scotland will see up to 70mm of rainfall in the coming days.

The meteorologist added that, while no weather warnings are currently in place, he could not rule them out of being issued on Thursday.

“We have had a wetter than average May, we can safely say that,” Mr Snell said.

“It’s certainly going to end up being quite a wet month.”