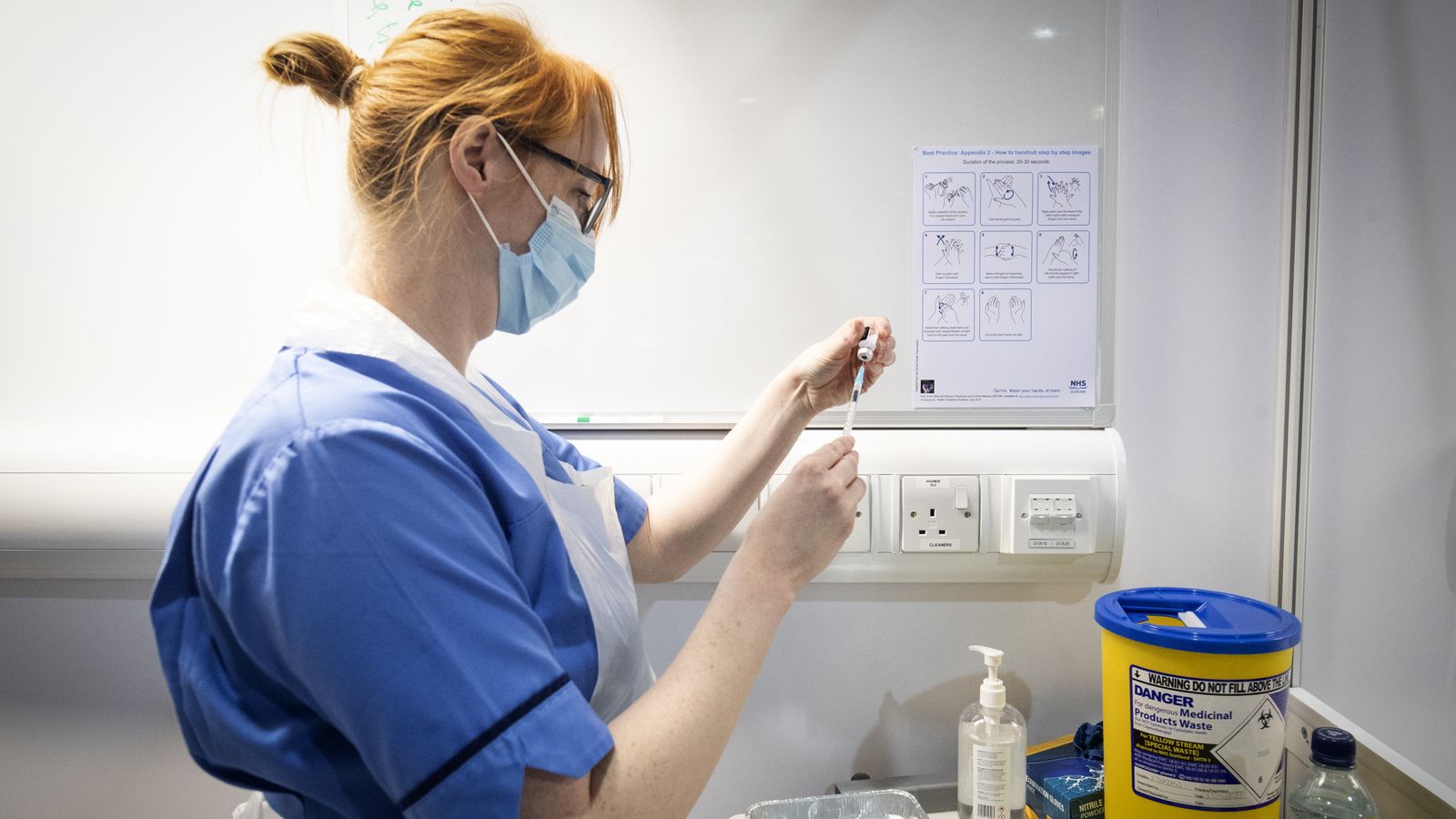 Thousands of volunteers will get a booster coronavirus vaccine as part of a world-first clinical trial in the UK, the health secretary has announced.

The Cov-Boost study will trial seven COVID-19 vaccines and will be the first to provide data on the impact of a third vaccine dose.

It will give scientists and experts a better idea of the impact of a booster dose in protecting people from COVID.

The study will be led by University Hospital Southampton NHS Foundation Trust and supported with £19.3m of government funding.

Some 2,886 people aged 30 and older will be recruited at 18 NHS sites from London to Glasgow and the first booster jabs will be administered in early June.

Initial findings are expected in September.

Matt Hancock said: “We will do everything we can to future-proof this country from pandemics and other threats to our health security, and the data from this world-first clinical trial will help shape the plans for our booster programme later this year.

“I urge everyone who has had both doses of a COVID-19 vaccine, and is eligible, to sign up for this study and play a part in protecting the most vulnerable people in this country and around the world for months and years to come.”

Professor Saul Faust, director of the National Institute for Health Research Southampton clinical research facility and the trial’s lead investigator, said the “hope of a booster is that we raise the antibody level enough to be able to cover existing and variant strains of coronavirus.”

He added: “We’re hoping the immune responses will be high enough to protect people against all the strains circulating in the UK, including we’ll be testing in the lab against the Indian variant, the South African variant, the Kent variant as well as the original strain.”

People who received their first dose of either the AstraZeneca or Pfizer/BioNTech vaccine in December or January are being encouraged to take part, as well as those aged 75 and over.

The seven vaccines that will be tested are: Pfizer/BioNTech, AstraZeneca, Moderna, Novavax, Janssen from Johnson & Johnson, Valneva and CureVac.

The 18 sites will be split into three separate groups, with each one testing a different set of jabs.

Three of the seven vaccines will be tested at a half dose to see what the immune response is, with experts anticipating this will still provide adequate protection.

The potential for a reduction in side effects will also be examined, as well as whether half doses could be an option for countries where vaccine supply may be more limited.

Data on side-effects will also be collected, including among people whose third booster jab is a different type to what was used for their first two inoculations.

All of the information and data from the study will be passed to the Joint Committee on Vaccination and Immunisation (JCVI) at the end of August or early September.

The JCVI will then advise the government on whether people should receive a booster jab and which vaccines should be used.