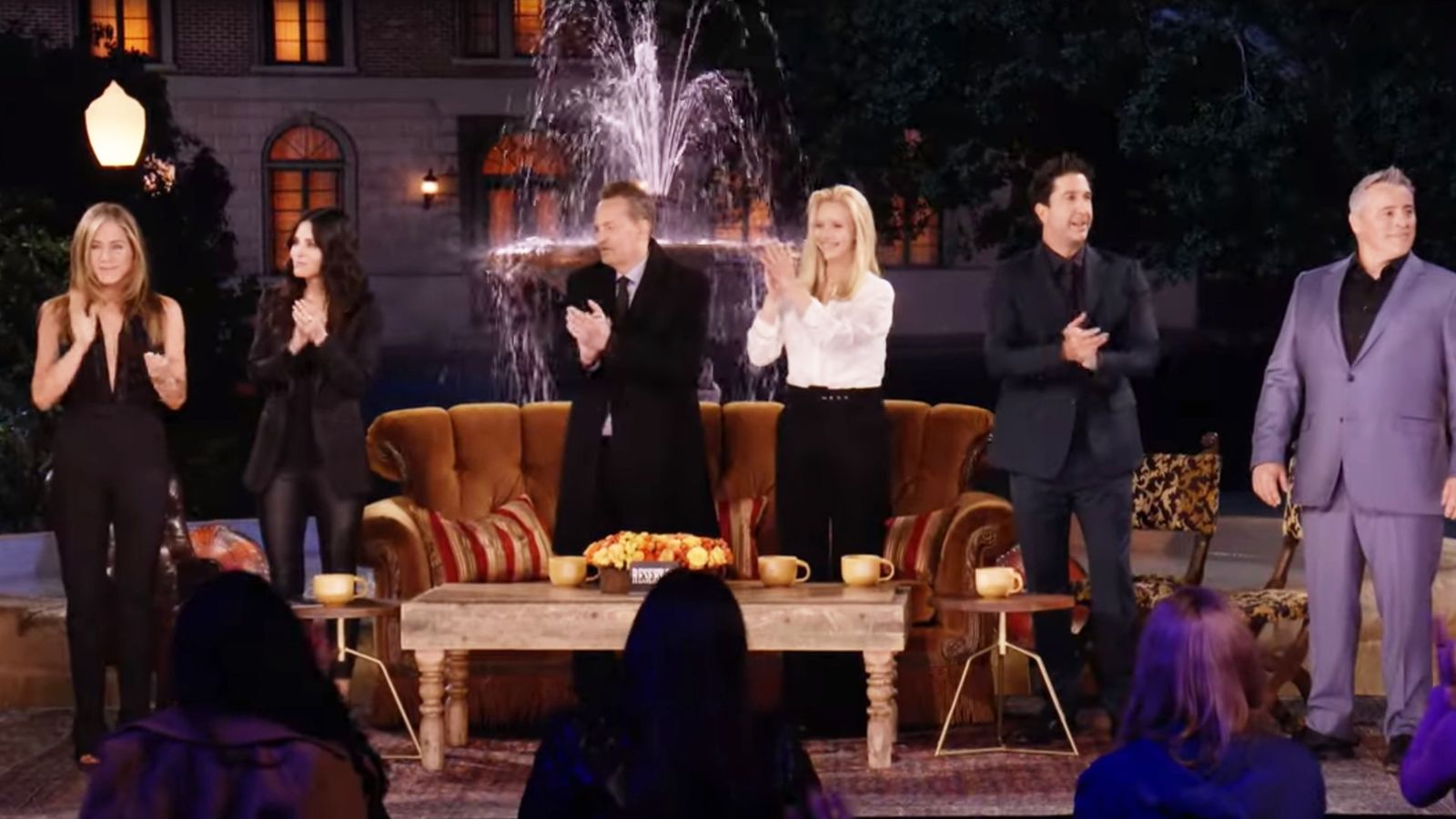 The much-anticipated Friends reunion show will appear in the UK on Sky, the broadcaster has said, and be available for streaming on Now.

The original cast of Jennifer Aniston, Courteney Cox, Lisa Kudrow, Matt LeBlanc, Matthew Perry and David Schwimmer have got back together for a one-off episode to remember the beloved comedy.

Friends: The Reunion will be be available on demand from 8am next Thursday and will be shown on Sky One – part of Sky, which also owns Sky News – at 8pm.

The cast will not be in character and will appear as themselves in the one-off unscripted special.

It was originally scheduled to be broadcast in May last year before being repeatedly delayed by the COVID-19 pandemic.

The cast returned to Stage 24 at Warner Bros studios in Hollywood, where they filmed for 10 years from 1994, to record the special, which will be shown on US streaming service HBO Max.

A trailer was shared on Wednesday, including clips from the episode.

The group are seen playing a trivia game and doing a table read of well-known scenes, including Phoebe spotting Monica and Chandler kissing from the fifth series.

The trailer ends with Aniston telling the rest of the cast that she loves them as they embrace.

It was announced earlier this month that the new episode of the popular TV comedy will be aired on Thursday 27 May, but not where fans could watch it.

Earlier this year, Schwimmer revealed that filming would start in April after its initial May 2020 release date was delayed by the pandemic.

It will be hosted by James Corden and will feature guest appearances from, among others, David Beckham, Justin Bieber, Lady Gaga, Elliot Gould, Reese Witherspoon and Malala Yousafzai.

Maggie Wheeler, who played Chandler’s (Perry’s) girlfriend, Janice, and one of Monica’s (Cox’s) partners in the series, Tom Selleck, will also drop by.

Friends, which ended its 10-year run on NBC in 2004, was one of the most popular TV shows of the 1990s and found a new life on streaming platforms where it continues to be one of the most-watched shows worldwide.