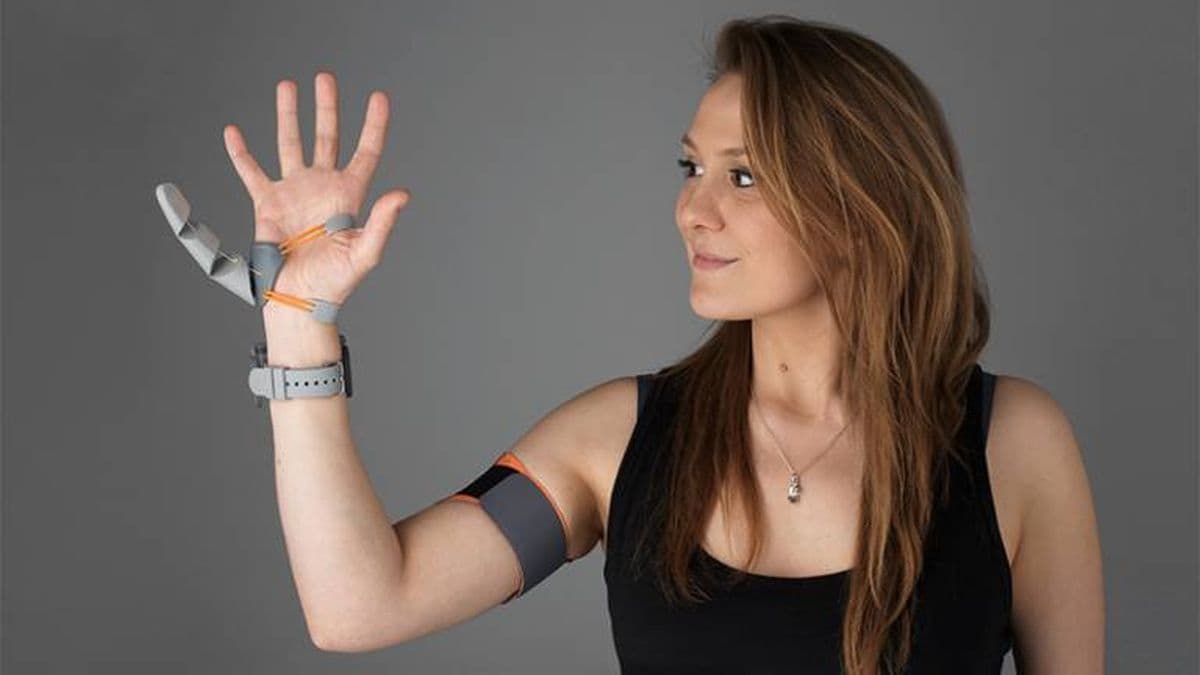 A new research with an artificial thumb attached to the palm has yielded surprising results in understanding human brain functions. It showed that people using the robotic extra thumb were able to naturally perform complex tasks, like building towers from wooden blocks and stirring coffee while holding it, in just a few days. The participants gradually also developed the feeling that the robotic thumb, worn on the side of the hand opposite the user’s actual thumb, was part of their body.

Published in the journal Science Robotics, the research throws new light on body augmentation using robotic devices and prosthetics to extend our physical abilities. Studying the body’s response to these augmentation methods are key to understanding the impact of these tools on our brains.

The researchers, based at University College London (UCL) and the University of Oxford, said the third thumb was 3D-printed, which made it easier to customise for each user to wear it near their little (pinky) finger. The people wearing it had pressure sensors attached to their feet. These sensors on both toes were connected wirelessly to the thumb and would immediately respond to even a subtle change in pressure from the wearer.

Twenty participants were trained over five days for the study. And they were allowed to take the thumb home for use in real-life scenarios. Thus, a participant wore the thumb for two-six hours per day during the period of the study.

Professor Makin, from UCL Institute of Cognitive Neuroscience and the study’s lead author, said body augmentation is a growing field but “we lack a clear understanding” of how our brains can adapt to it. And through this study, the researchers have sought to answer key questions around whether the human brain can support an extra body part.

Paulina Kieliba, the first author of the study, said body augmentation could be valuable to society in numerous ways. “This line of work could revolutionise the concept of prosthetics, and it could help someone who permanently or temporarily can only use one hand, to do everything with that hand.”

But to get there, Kieliba added, more research is needed to find answers to the complicated, interdisciplinary questions of how these devices interact with our brains.

It’s Google I/O time this week on Orbital, the Gadgets 360 podcast, as we discuss Android 12, Wear OS, and more. Later (starting at 27:29), we jump over to Army of the Dead, Zack Snyder’s Netflix zombie heist movie. Orbital is available on Apple Podcasts, Google Podcasts, Spotify, Amazon Music and wherever you get your podcasts.
This article was originally published by Ndtv.com. Read the original article here.
Share on Facebook
Share on Twitter
Share on Pinterest
Share on LinkedIn