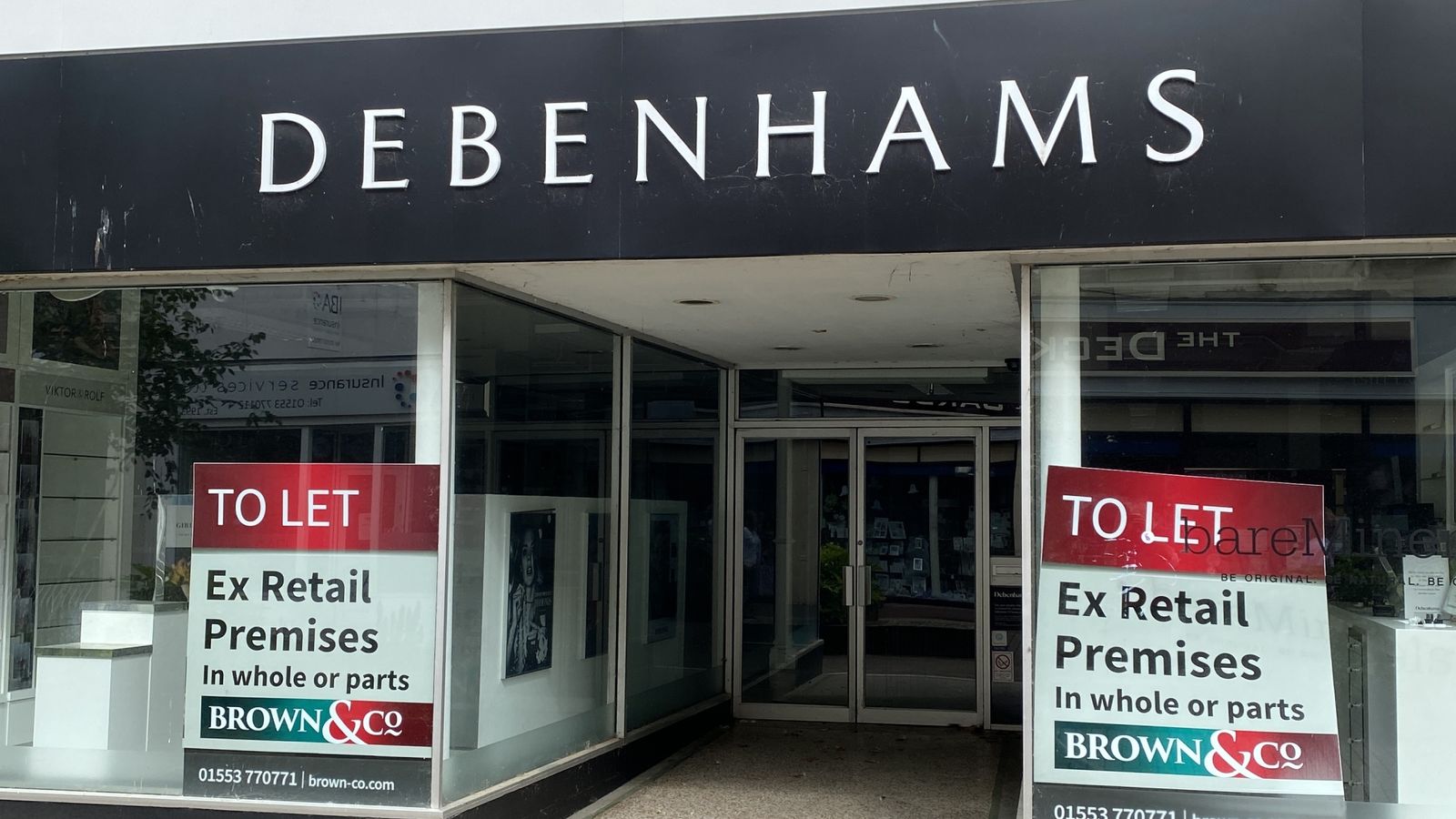 Mike Ashley, the billionaire high street tycoon, has reignited his long-running campaign against former directors of Debenhams, the department store chain which closed its doors for the last time this year.

Sky News has seen a letter from Chris Wootton, chief financial officer of Frasers Group, Sports Direct’s parent company, which argues that Debenhams’ board was culpable in its eventual demise for paying a £35m dividend in July 2018, nine months before its first brush with administration.

In the letter to the chairs of two Commons select committees, Mr Wootton argues that regulators and politicians have unreasonably failed to probe Debenhams’ subsequent demise.

The company called in administrators for a second time in April last year as the COVID-19 pandemic wreaked havoc on the British high street.

In January, Debenhams’ brand and intellectual property were snapped up in a cut-price deal by Boohoo, the online fashion retailer, but its stores were axed with the loss of thousands of jobs.

“For several years we have been trying to have this matter investigated by regulators (e.g. the FCA) and select committees (BEIS) but people have passed the buck – we cannot understand it,” Mr Wootton wrote.

“In 2019, our CEO, Mike Ashley, even met with members of BEIS and was in correspondence with Rachel Reeves to encourage an urgent investigation. This too seemed to fall on deaf ears.”

Frasers has been seeking in recent weeks to have an independent insolvency practitioner appointed in order to conduct an investigation into the conduct of Debenhams’ former directors.

“The Official Receiver is now in office as liquidator, and he is considering whether an insolvency practitioner should be appointed who, if properly funded, could investigate the history of Debenhams’ failure,” Mr Wootton wrote in the letter to Darren Jones, chair of the Business, Energy and Industrial Strategy Committee, and Stephen Timms, who chairs the Work and Pensions Committee.

“To our mind the answer to that question is unequivocally ‘yes’ – it is obviously in the public interest to do so. However, yet again, we see no action yet as the Official Receiver is holding neutral (when he should be investigating).”

At one point Mr Ashley’s group, which bought House of Fraser in 2018 and owns a portfolio of high street brands, held a stake in Debenhams worth £300m.

Bringing Reliable, Renewable Energy to the People of Puerto Rico
Daniel Craig throws off his ‘tetchy’ persona to talk openly about Bond as his time as 007 ends
Lopez OKs date, venue changes; Kambosos next
You can now get paid in bitcoin to use Twitter
Serviced office giant IWG explores multibillion pound break-up plan