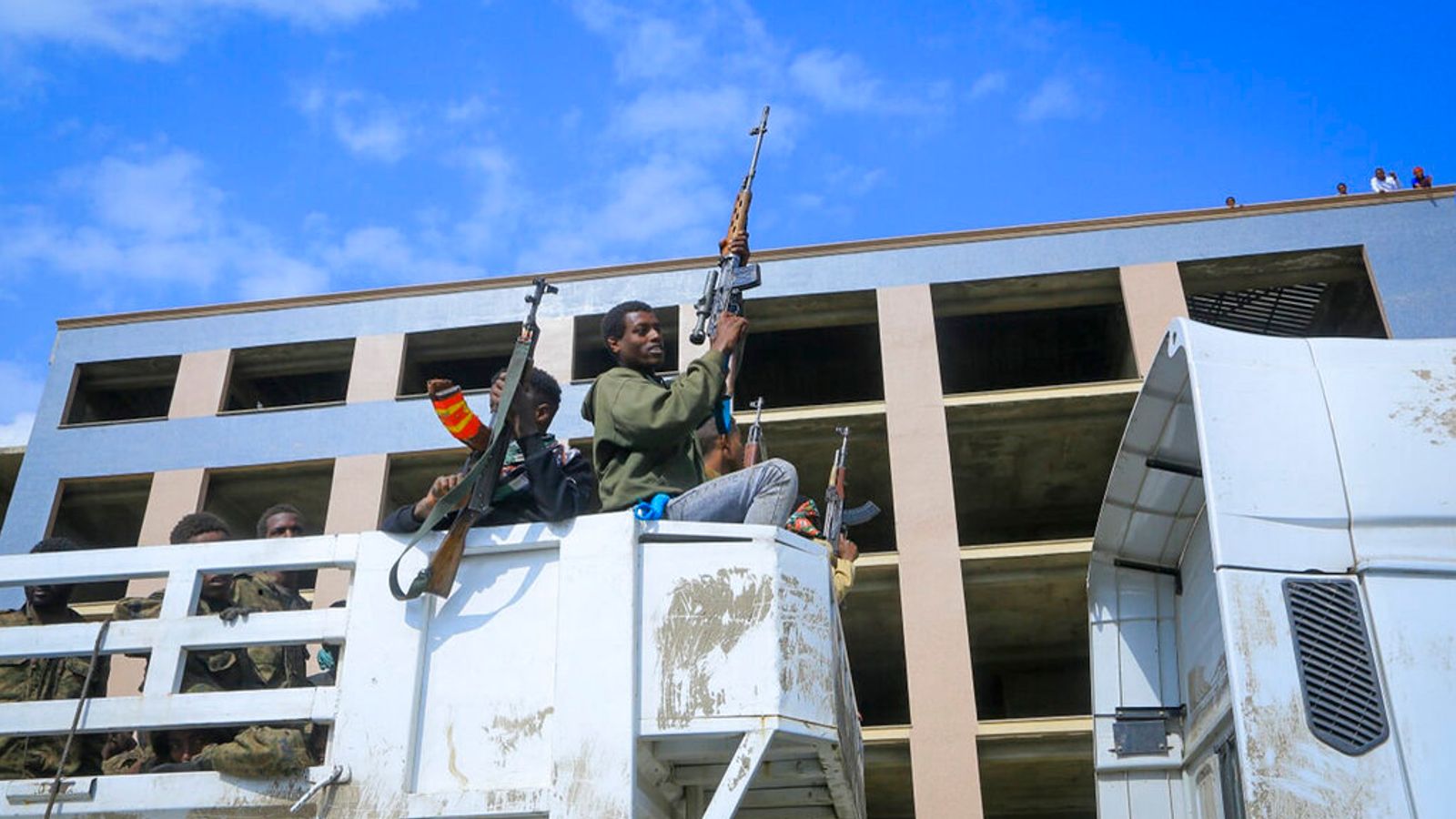 A United Nations humanitarian flight was forced to abandon its landing in the capital of the country’s Tigray region due to Ethiopian military airstrikes, according to aid workers.

Ethiopian authorities appear to be escalating the intimidation tactics against aid workers amid the intensifying, year-long Tigray war.

A deadly conflict erupted between Tigrayan and Ethiopian government forces last November, and thousands of people have since been killed and more than two million citizens have been forced to flee the region.

An Ethiopian government spokesman said authorities knew the UN flight was in the area but said that UN and military flights had a “different time and direction”.

It has not yet been disclosed how close the Ethiopian warplanes came to the UN aircraft.

The airstrikes targeted a former military training centre in Tigray’s capital of Mekelle, which is now being used as a “battle network hub” by rival Tigray forces, the government spokesman told the Associated Press.

The UN flight was scheduled to land in Mekelle, the main base of humanitarian operations in Tigray.

Over the past few months, Ethiopia’s government has accused some humanitarian groups of supporting the Tigray forces.

The government expelled seven UN officials last month after accusing them of falsely inflating the scale of the Tigray crisis, without any evidence.

Tensions between the government and humanitarian groups coincide with the world’s worst hunger crisis in a decade, with close to half a million people believed to be facing famine-like conditions in Tigray.

The UN’s humanitarian chief, Martin Griffiths, revealed last month that only 10% of needed humanitarian supplies have been reaching Tigray.

He said: “So people have been eating roots and flowers and plants instead of a normal steady meal.

“The lack of food will mean that people will start to die.”

Humanitarian workers have struggled to bring supplies when boarding flights to Tigray after being subjected to searches, with even their own items such as multivitamins, can openers and medicines banned.

Tigray forces have denied that sites targeted this week were used in relation to the fighting.

At least three children have been killed and more than a dozen people injured, health workers and residents have said.

The conflict between Tigrayan and Ethiopian government forces began nearly a year ago after Prime Minister Abiy Ahmed, who was the winner of the 2019 Nobel Peace Prize, announced a military offensive to overthrow Tigray’s regional ruling party, the Tigray People’s Liberation Front (TPLF).

He said this was a necessary response to TPLF attacks on military camps and soon after, reports of people starving started to emerge after witnesses described how Ethiopian and allied forces had destroyed or looted food sources.

Tigray’s population is now under a government blockade, while the fighting has spilled into the neighbouring Amhara and Afar regions.

Meanwhile, the UN has said more than two million people are displaced.

Ethiopia’s government claimed a successful strike against another military base used by the Tigray forces near Mekelle on Thursday, however, a Tigray forces spokesman said that air defences prevented the plane from hitting targets in the city.

And on Wednesday, an airstrike hit an industrial compound that the government said was used by the Tigray forces to repair weapons. The Tigray forces later denied the site had military significance and said it was used to produce cars and tractors.

Two other airstrikes targeted the city on Monday.