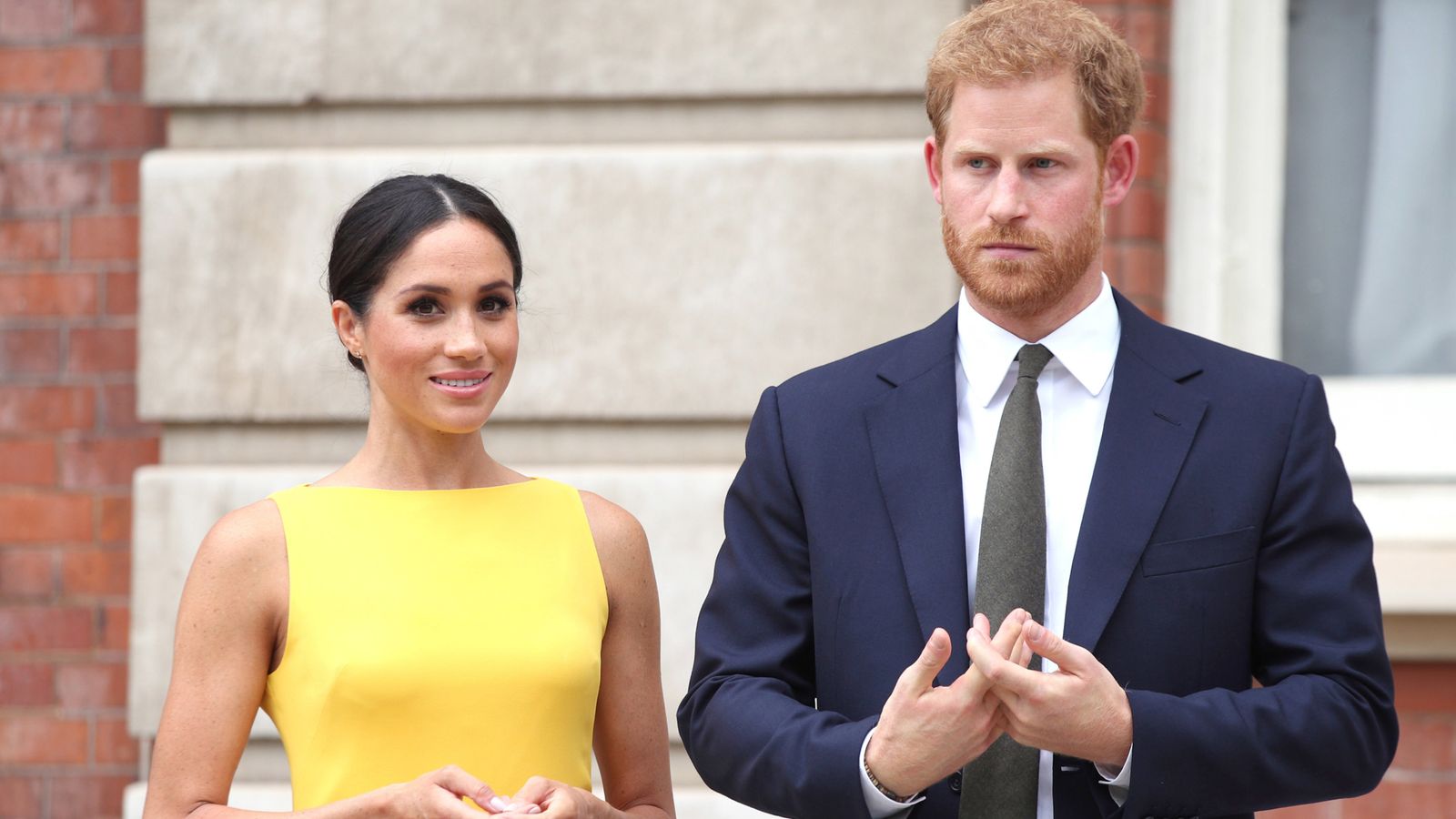 The Duchess of Sussex claimed Prince Harry faced “constant berating” from members of the Royal Family over the strained relationship she had with her father, text messages reveal.

Earlier this year, Meghan, 40, successfully sued Associated Newspapers Limited (ANL), publisher of MailOnline and The Mail on Sunday, over five articles that reproduced parts of her “private” letter to Thomas Markle in 2018.

Although the High Court originally ruled the publication was unlawful, ANL is now appealing the decision.

Text messages between Meghan and the Sussexes’ former communications secretary Jason Knauf have been made public in light of this week’s appeal hearing.

One, published on Friday, reveals the duchess’s frustrations towards the other royals.

In it she claimed they “fundamentally don’t understand” her reasons for parting ways with her father and that she only wrote the letter to “protect my husband from this constant berating”.

Another read: “The catalyst for my doing this is seeing how much pain this is causing H.

More on Duchess Of Sussex

“Even after a week with his dad and endlessly explaining the situation, his family seem to forget the context – and revert to ‘can’t she just go and see him and make this stop?'”

During their joint interview with Oprah Winfrey earlier this year, Prince Harry said he had felt “let down” by his father in the run-up to them stepping down as senior royals.

He claimed the Prince of Wales stopped taking his calls as the couple tried to negotiate their position in the Royal Family towards the end of 2019.

“But at the same time – I will always love him – but there’s a lot of hurt that’s happened and I will continue to make it one of my priorities to try and heal that relationship,” he told the TV talk show host.

Earlier this week, Mr Knauf claimed in evidence that Meghan wrote the letter to her father in the knowledge he might leak it.

Her grounds for suing ANL were based around privacy and copyright.

Mr Knauf also said he provided information to Omid Scobie and Carolyn Durant, the authors of the unofficial biography of the Sussexes – Finding Freedom.

In a witness statement, Mr Knauf said the book was “discussed on a routine basis”, including “directly with the duchess multiple times in person and over email”.

Meghan had previously claimed they were not involved in the book, but apologised for “misleading the court” over her recollections of certain conversations with Mr Knauf.

At the Court of Appeal hearing on Thursday, the three senior judges in the case said they will take time to consider their decision and give their ruling on ANL’s appeal at a later date.

Delayed and over-budget HS2 may not run to central London for another 15 years – or ever
Biden touts job growth and slowing inflation rates in speech on economy
Three emergency workers fired over inadequate care given to Tyre Nichols after he was beaten by police
Johnson, Rockenfeller, Button get Le Mans seats
Zelenskyy ‘not interested’ in meeting ‘nobody’ Putin for peace talks