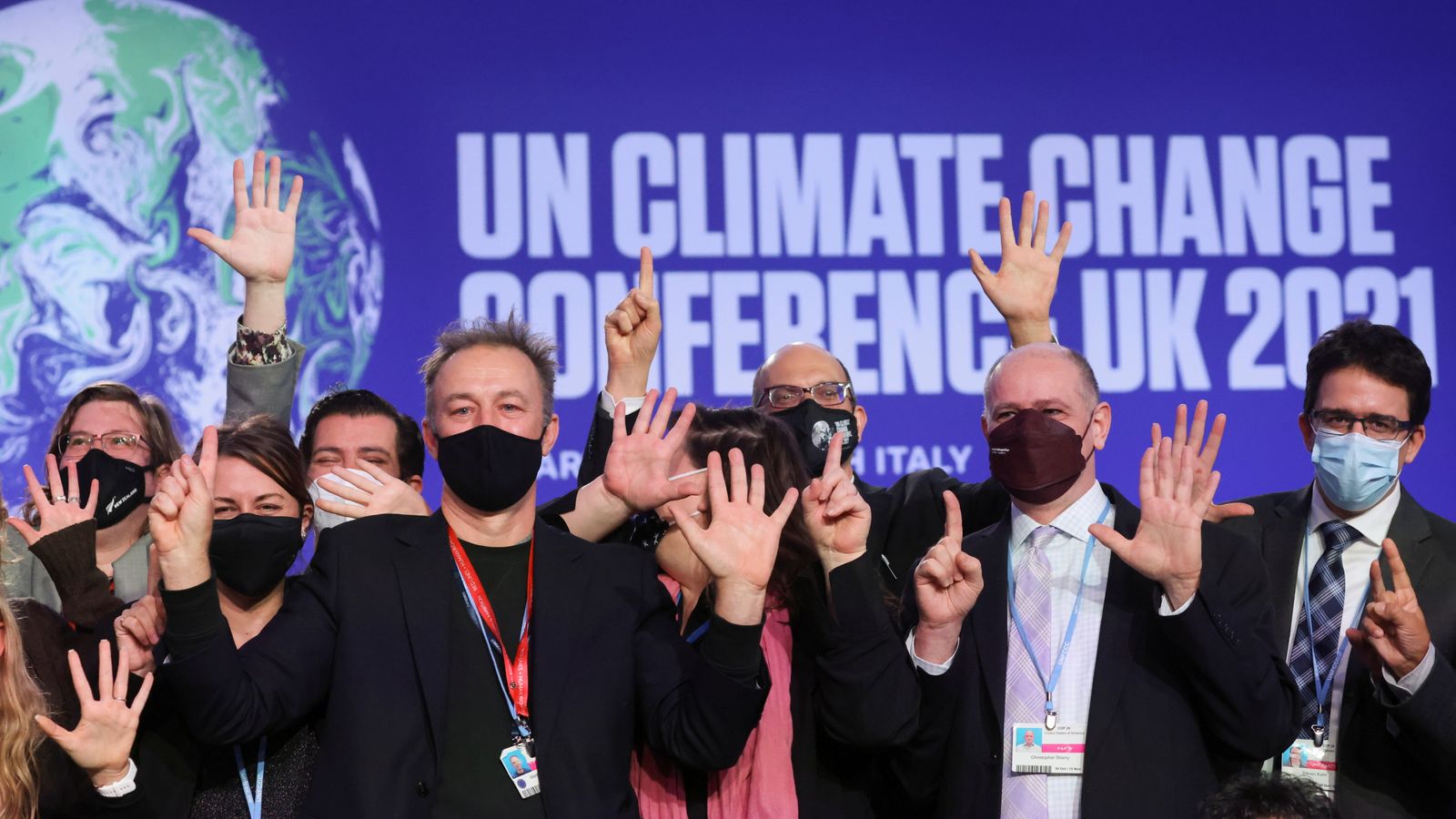 World leaders have reached the most significant climate change pact since the landmark Paris Agreement, following a turbulent two weeks of fraught negotiations in Glasgow.

With a stroke of the gavel, COP26 President Alok Sharma has brought the talks to a close after almost 200 nations finally reached consensus on how to navigate the climate crisis.

The EU’s climate representative at the summit, Frans Timmermans, called it a “historic, historic decision”.

Its supporters say the pact will help “keep 1.5C in reach,” but many have pointed out it is far from perfect.

Greenpeace International executive director Jennifer Morgan said: “It’s meek, it’s weak and the 1.5C goal is only just alive, but a signal has been sent that the era of coal is ending. And that matters.

Glasgow was meant to deliver on firmly closing the gap to 1.5C and that didn’t happen, but in 2022 nations will now have to come back with stronger targets,” said Ms Morgan.

“The only reason we got what we did is because young people, Indigenous leaders, activists and countries on the climate frontline forced concessions that were grudgingly given.

“Without them, these climate talks would have flopped completely.”

Sepi Golzari-Munro, acting director at climate think tank ECIU, said: “The agreement reached in Glasgow is not perfect, but given the economic and political context around the world, it’s delivered more than many expected.

The highly contested fossil fuel statement just about survived, after India at the last minute succeeded in watering down the phrase “phase-out” to “phase down”.

Developing countries reluctantly accepted proposals for a new “dialogue” on loss and damage, after requests for a finance facility was disappeared from the final agreement.