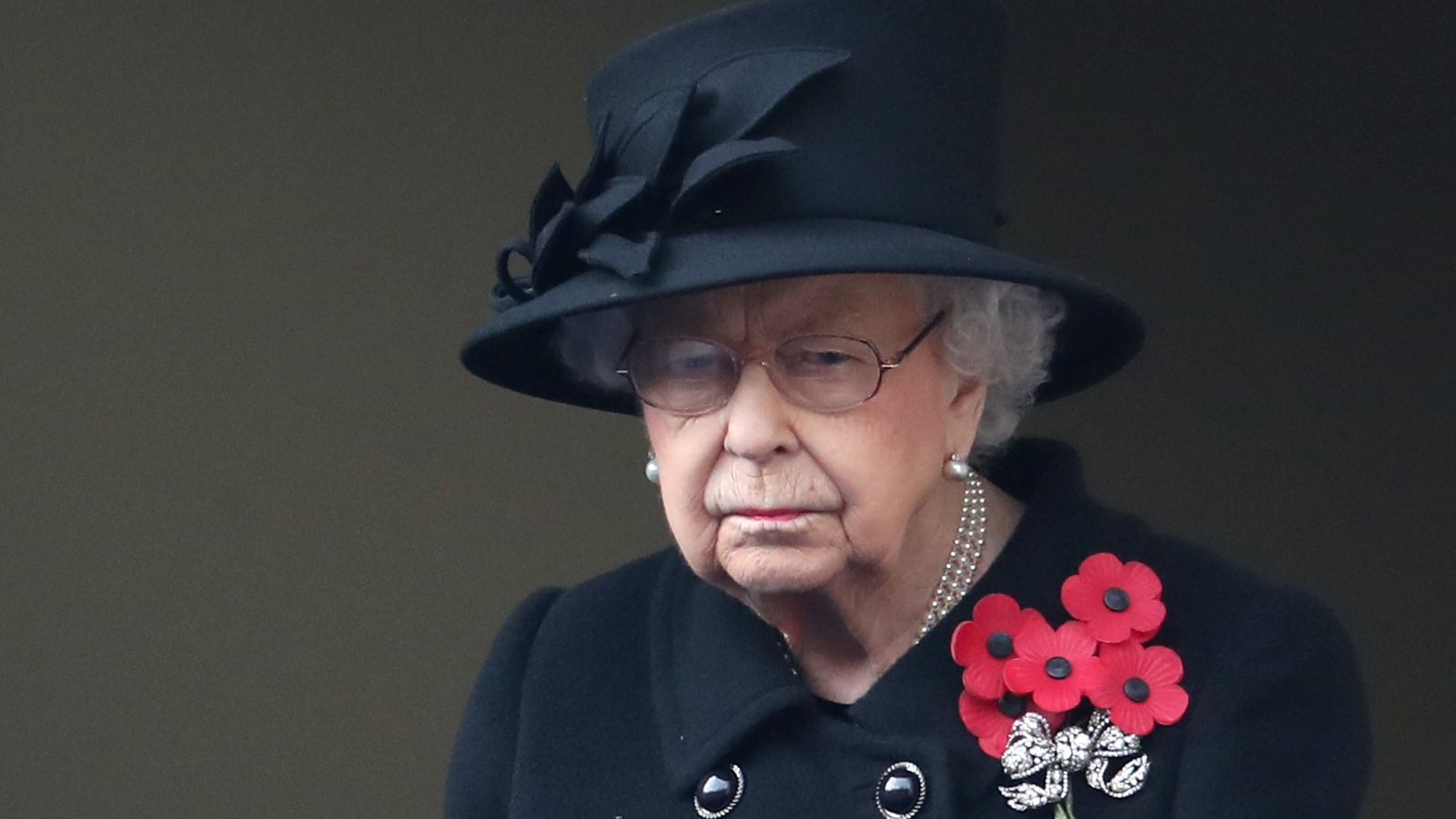 The Queen will be attending the Remembrance Sunday service at the Cenotaph in central London, leading the nation in commemorating those who lost their lives in conflicts.

It will be her Majesty’s first public outing after being advised to rest by doctors for almost a month, following medical checks in hospital.

The remembrance service will look very different to last year, when the event was forced to be scaled back due to the pandemic.

Nearly 10,000 veterans will participate in today’s service alongside hundreds of servicemen and women, with onlookers also present.

Prime Minister Boris Johnson will be among other senior politicians and members of the Royal Family laying a wreath at the Cenotaph.

As has become custom in recent years, Prince Charles will be laying a wreath on behalf of the Queen.

A national two-minute silence will take place at 11am.

Mr Johnson said it’s a moment to “come together to remember those who sacrificed everything in service of our country”.

He added: “It’s a sacred ceremony that has endured for more than a century because we know the unpayable debt we owe those brave servicemen and women.

“We know that for our tomorrow they gave their today.

“And we know that here at home and around the world, thousands of men and women in uniform still stand ready to defend our unity and our way of life, our values, and at a cost few among us would be willing to pay.” 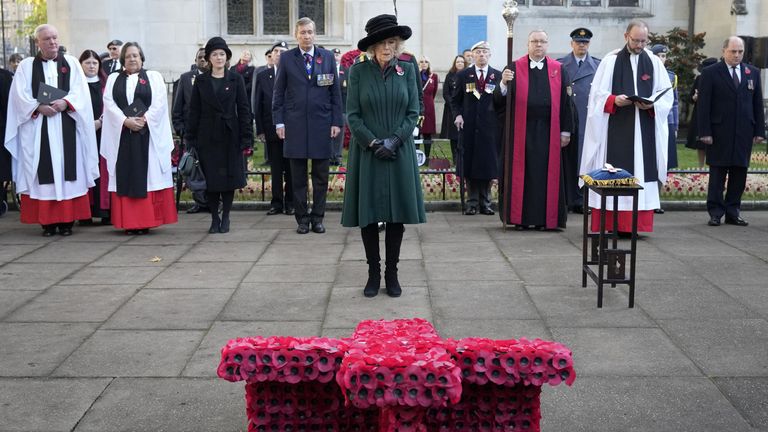 Buckingham Palace previously said it was the Queen’s “firm intention” to attend the annual service in Whitehall after she missed several other events, including the Festival of Remembrance at the Royal Albert Hall on Saturday.

The Royal British Legion, the UK’s largest charity supporting those serving in the armed forces, also celebrates its centenary this year – it said this year’s march will include hundreds of young people from the cadets, guides and scouts.

British Future told Sky News about the importance of making remembrance inclusive for everybody.

The charity launched the Remember Together project, helping students investigate the untold stories of Black and Asian soldiers.

Students from a school in east London have spent the last few months looking into contributions made by those from ethnic minority backgrounds.

Wafa Afzali told Sky News: “It’s really important for us to know about all the people who fought in World War Two, not just the white soldiers, the Black and Asian soldiers they also made a lot of sacrifices, for them to go unnoticed just doesn’t seem right.”

Saeeda Amidu said: “Remembrance should unite us all because many soldiers from all different ethnicities, religions, race, they all contributed to what Britain is now.”

As a result of the project, Saeeda discovered her own great-grandfather, Henry Braimah, was a colonel stationed in Burma during the Great War – a piece of family history that had never been discussed before.

Steve Ballinger, head of communications at British Future, said: “Commemorating our history can be difficult and divisive in Britain, but actually it can also bring people together.

“It is a difficult and complicated history but we need to engage with it because our history explains why Britain looks like it does today.”

Mr Ballinger added: “The armies that fought for Britain 75 years ago actually looked a lot like Britain does today in terms of its diversity.

“More than 2.5 million soldiers from India, Africa and the Caribbean served side by side in world war two, so they should all be commemorated equally today.”

Facebook and Instagram will reinstate Trump after two-year ban
Teams and Outlook go down for thousands of Microsoft users
Tesla just had its best week since May 2013
Sources: Ex-Buffs QB Shrout picks Arkansas St.
Speakers call for overhaul of All-Party Parliamentary Groups