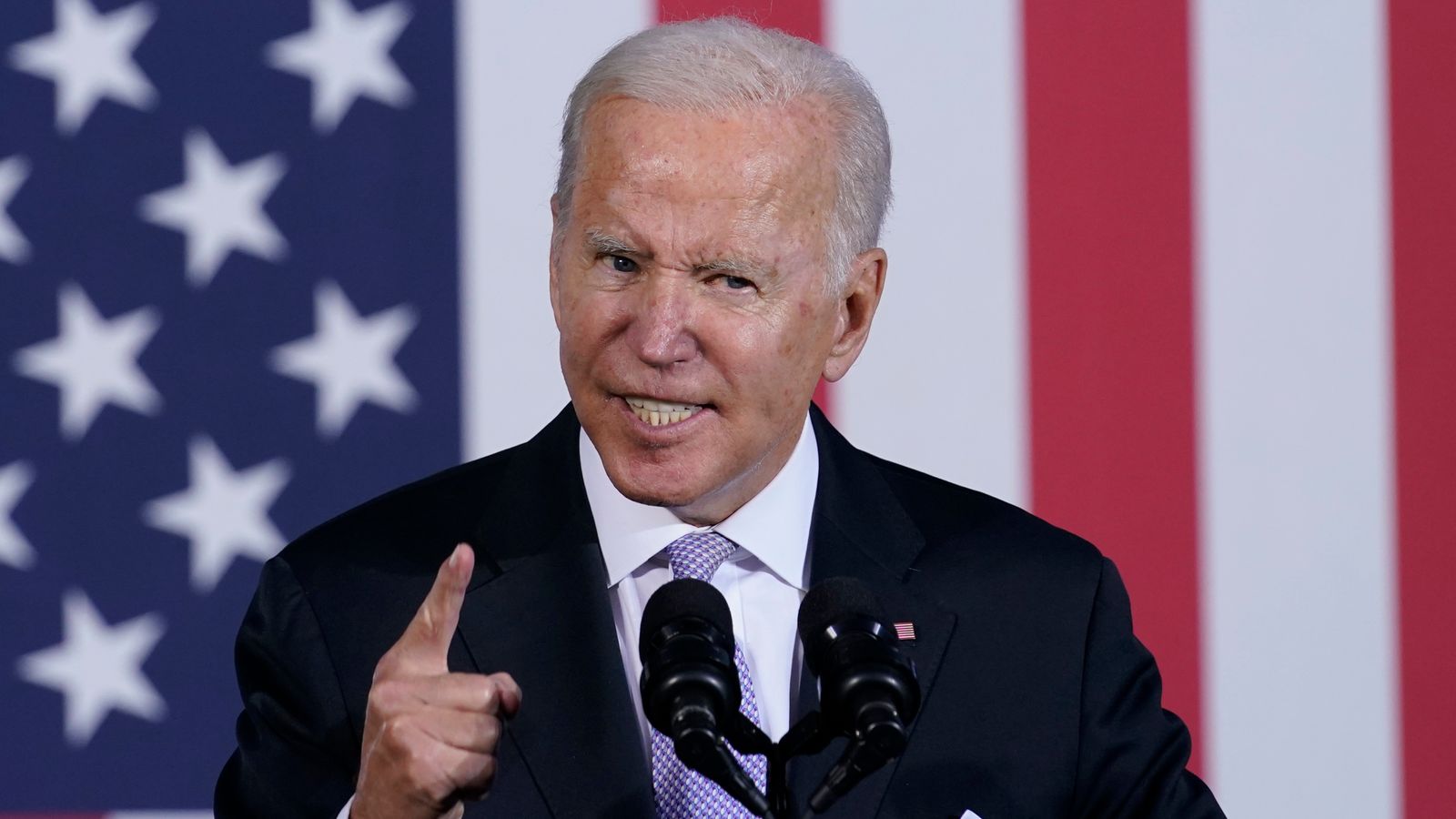 US President Joe Biden will hold a news conference later today at the White House to mark his first year in office.

The event is much anticipated, and that alone is a hint of how challenging this first year has been for the 79-year-old.

The president does not give many news conferences. Critics suggest his team tries to shield him from problematic encounters with the media.

His supporters say he’s simply focused on numerous different challenges which have dominated his first year.

Some of the challenges are of his own making. Others are not. But a year to the day since he took the oath of office as the 46th American president at the US Capitol, Joe Biden will reflect today on a rocky road.

It’s worth saying that American political history suggests that the state of a presidency a year in doesn’t often reflect what people think of the person at the end of their term.

But that notwithstanding, it’s been a bruising year for Joe Biden.

This has been the obvious dominant challenge in America, as it has been globally. It looked, for a time, as though the president was riding a corona success wave.

Despite huge vaccine scepticism across parts of American society, last summer his administration was claiming credit for soaring vaccination rates. The economy rebounded. Things were looking up.

Then along came Delta, and Omicron soon followed. Hospitals again filled to alarming levels (largely with the unvaccinated) and the White House faced criticism for being unprepared.

The Biden Administration’s reluctance to make home-test kits widely available has been a huge failure and its messaging has been perceived as mixed. U-turns have now come – one billion home test kits are being made freely available.

The good news: American unemployment is at record lows. All around, ‘hiring’ signs hang in business and shop windows. Jobs are easy to find right now in America.

Under the Biden presidency, 6.4 million jobs have been created. That’s admittedly from a low base given the pandemic but it’s also more than any first-year president in American history.

The stock market is up, and wages are increasing.

But inflation is at a level which is hurting so many Americans. In December it rose to 7% – a level not seen since the early 1980s.

Biden managed to pass a whopping bipartisan infrastructure package which he hopes will allow America to ‘Build Back Better’ and cement his legacy.

Infrastructure is a slow burner though and right now he’s being judged more on the cost of it all than on the results down the line: take the 15,000 bridges nationwide which need repairing. They will be years of traffic cones and roadworks before the results are felt.

Just one foreign policy decision dominates Biden’s first year – Afghanistan. His decision to withdraw was no secret and was the fulfilment of a pledge he had made to the American people, who wanted out.

But the chaotic method of the departure and the speed with which Afghanistan collapsed had a huge cost for the president.

‘It was time to end this war,’ Joe Biden says

He’s fortunate that the American media has largely forgotten about the country now. The dire situation and approaching famine are not part of the conversation in the US, but are a consequence of America’s withdrawal.

The Afghan debacle has caused countries globally to question America’s commitments abroad. Biden could face a huge test over Ukraine in the coming weeks.

This was a central plank of the President’s inaugural address and yet when it came to COP in Glasgow, he was unable to commit to the funding he had pledged because he couldn’t get members of his own party to support the spending bill.

And that neatly brings us on to…

Divisions in his own Democratic Party are causing the president persistent headaches on Capitol Hill. He thought things would be easy while he has control of the White House and both houses of Congress. It’ll only get trickier if, as expected, the balance of power shifts with the midterms later this year.

Biden’s opposition is a Republican Party which continues to peddle the falsehood that the 2020 election was stolen from Donald Trump. Despite exhaustive vetting and audits in states nationwide, the so-called ‘big lie’ is now a mainstream view in the Republican Party.

The challenges this poses for democracy in America could be Biden’s biggest test ahead. His reluctance to take on the issue, to mention Trump by name, to call out questionable state-level voter-rights legislation could well become a huge regret for him.

For the bluntest assessment of President Biden’s record over the past 12 months, look at the opinion polls.

But it’s a new Gallup poll released just this week that gives a stark assessment not just of Biden’s year but the trajectory and volatility of American politics in 2021.

The party preference poll showed a huge shift from a nine-point Democratic lead at the start of the year to five-point Republican lead by the end of the year.

While Biden was faltering on the issues outlined above and the Republicans regrouped around a president who many of them believe didn’t lose, the polls swung.