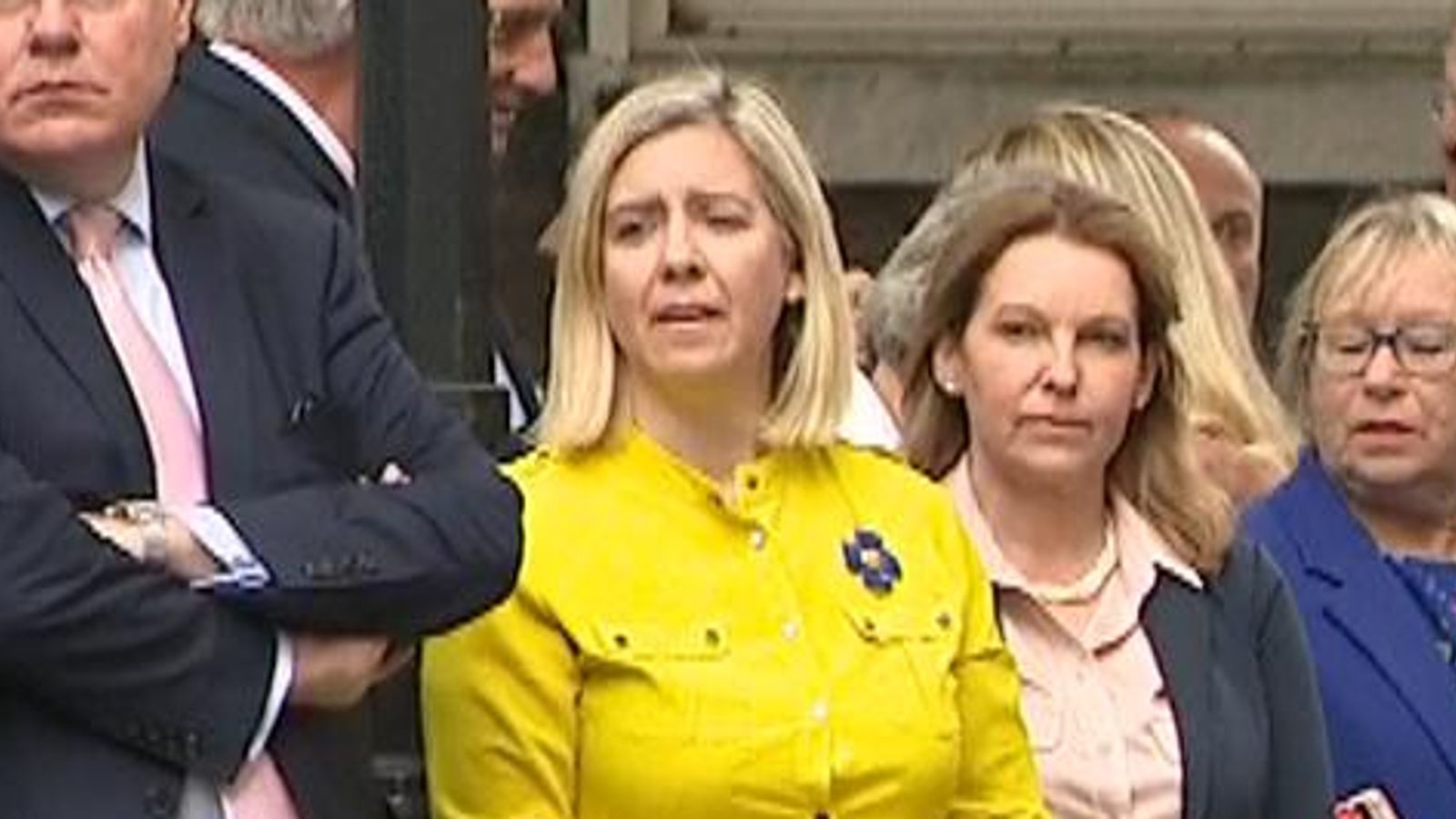 Education minister Andrea Jenkyns has explained why she made a rude gesture while entering Downing Street this week.

The Morley and Outwood MP made the sign with her hand on Thursday as she walked through the black gates, where she says a “baying mob” outside were insulting MPs on their way in.

Ms Jenkyns, who was watching Prime Minister Boris Johnson’s resignation speech, said she reached the “end of my tether” after receiving abuse and death threats.

Explaining her actions, she tweeted how she had suffered a “huge amounts of abuse from some of the people who were there over the years, and I have also had seven death threats in the last four years.”

“Two of which have been in recent weeks and are currently being investigated by the police, I had reached the end of my tether.

“I responded and stood up for myself. Just why should anyone have to put up with this sort of treatment.

“I should have shown more composure but am only human.”

Commons leader Mark Spencer said it was up to Ms Jenkyns to “justify” her actions and said he did not “seek to condone” her behaviour.

“I do understand emotions were running pretty high and they were pretty raw on that day,” he told BBC Breakfast.

“But I don’t think that was the right thing to do at all.”

Pressed on whether Ms Jenkyns should retain her ministerial role, Mr Spencer said: “That’s not my decision.”

Ms Jenkyns was appointed parliamentary under-secretary of state at the Department for Education on Friday in a reshuffle by Prime Minister Boris Johnson.

The footage, shared on social media on Thursday evening, appears to have been filmed shortly before Mr Johnson announced he was stepping down as leader of the Conservative Party

“But is it really too much to ask that they don’t treat the public like this?”

The Department for Education has been contacted for comment.

NASA’s Mars InSight Lander Data Reveals Surprising Results About Possibility of Life on the Red Planet
Tiger 21, an exclusive club of investors, says the ultra rich are doubling down on stocks
Adele on engagement rumours, having more babies and her LA residency
‘You’ve got to eat’: Energy bills are squeezing businesses and people as UK costs soar
Rugby Championship R2 wrap: Big calls on the money in pulsating Boks-All Blacks clash