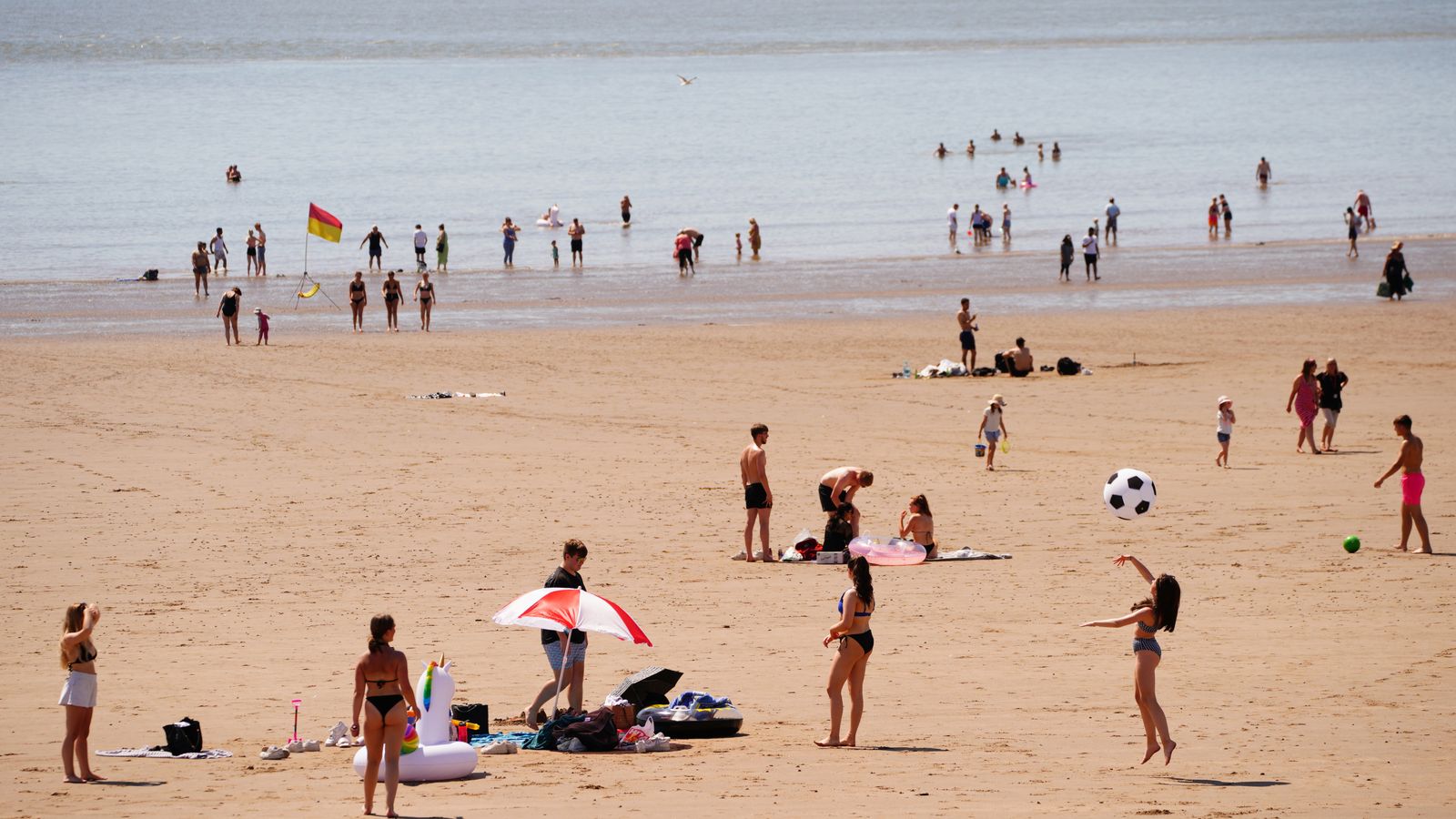 A rare “extreme heat” warning has been issued for the weekend as the Met Office said temperatures were likely to rise further in the coming days.

The start of the working week for millions of Britons was a roasting one, with mercury readings shooting up as high as 32C in Northolt, west London.

Temperatures failed to break the all-time record of 38.7C – set at Cambridge Botanic Garden on 25 July 2019 – but the sunny day did see Wales record its hottest day of the year so far.

And while the evening should bring cooler conditions, the Met Office says that many areas are in for a “tropical night” with temperatures not going below 20C.

A rare “extreme heat” warning has been issued for much of England and Wales, with exceptionally high temperatures possible from Sunday and lasting into early next week.

The Met Office amber warning can mean there is the possibility of travel delays, road and rail closures, power cuts – and even potential risk to life and property.

People are being advised to take steps to stay safe in the baking sun, as news emerged that a 16-year-old boy died over the weekend while swimming in a quarry at Dawber Delph in Lancashire.

Temperatures have never reached 40C (104F) in the UK but for the first time ever forecast computer models have shown it could be possible for mid-July.

According to the latest modelling, large parts of the South East could also hit 39C (102F).

While the prospect of a summer filled with beaches and beer gardens in the sunshine may be appealing, scientists have warned that the current stretch of hot weather is a dangerous sign of climate change.

Read more: Top tips to stay cool in the heat – including a trick used by the Royal Navy

Dr Michael Byrne, lecturer in earth and environmental sciences at the University of St Andrews, said: “The current heatwave is a dangerous reminder of the accelerating impacts of global warming.

“With London expected to feel like Barcelona by 2050, the UK is braced for more frequent and severe heatwaves over coming years.

“Extreme heat is a severe threat to public health that the UK is woefully underprepared to deal with.

“We urgently need to overhaul UK infrastructure to keep us cool and healthy in a rapidly warming world.”

‘A tragedy’: Britain’s cost-of-living crisis worsens as rents soar and energy bills top $5,000
Many of these children could be treated – but doctors are struggling to keep them alive
Timothy Bradley Jr. ranks all 17 men’s boxing divisions from best to worst
Why is Salman Rushdie so controversial?
Chinese tech giants share details of their prized algorithms with top regulator in unprecedented move