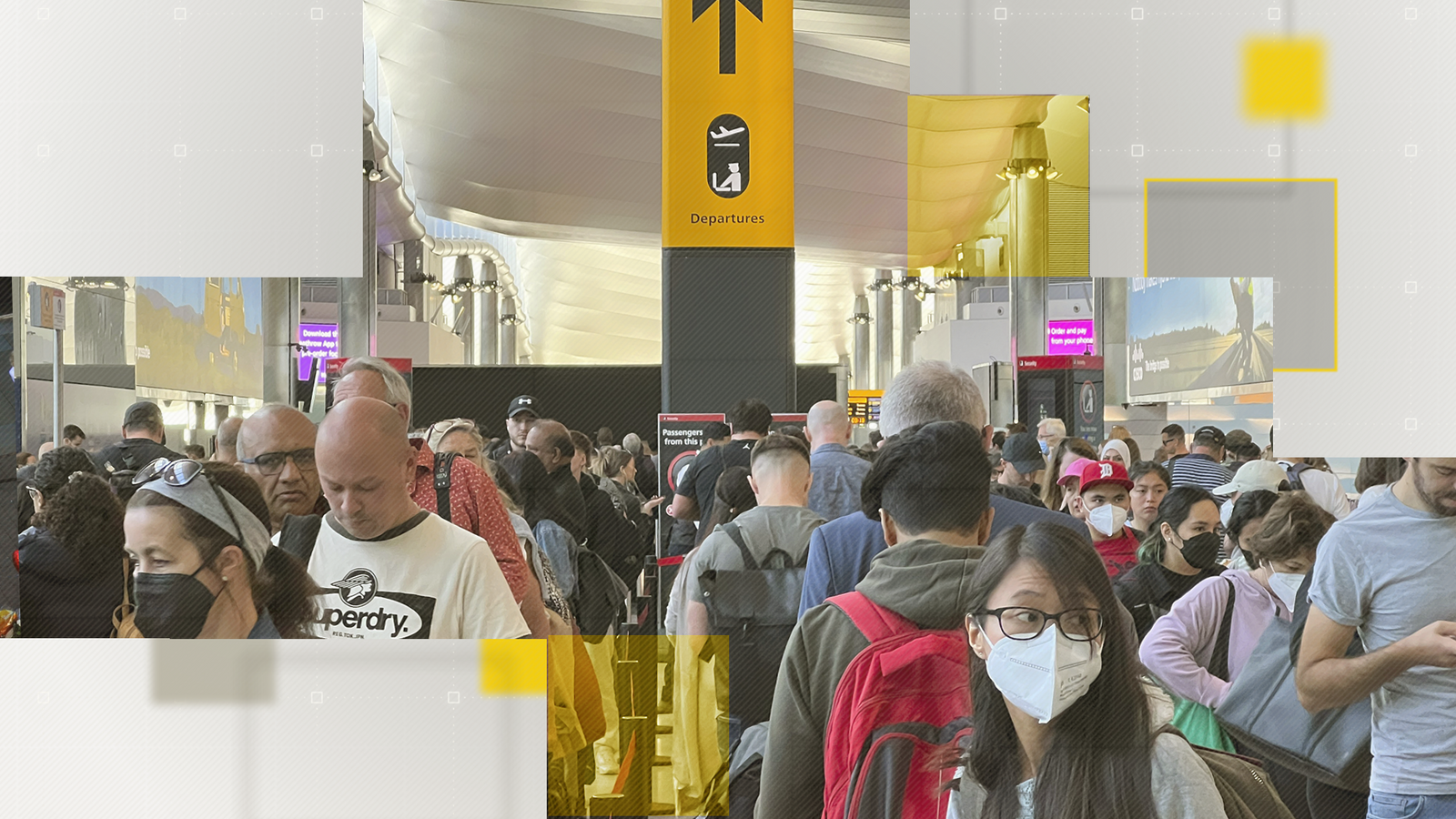 Flights from Gatwick are more likely to have been cancelled so far this year than at any other major UK airport.

The rate is 10 times worse than Stansted, the best-performing British hub.

More than 3% of planned flights from Gatwick didn’t take place, compared with 0.3% of those from Stansted, according to figures from air travel intelligence company OAG provided exclusively to Sky News.

June was Gatwick’s worst month this year – one in every 14 flights from the airport were cancelled.

The data is supplied to OAG from airlines, government agencies and other sources, and a cancellation is defined as any flight that an airline published to operate and was not cancelled at least 48 hours before departure.

A Gatwick Airport spokesperson said it regrets any cancellations and disruption to passengers – and explained it is going to carefully increase capacity over the coming months “so that airlines fly more reliable flight programmes and passengers experience a better standard of service”.

It said this would help both airlines and ground handling companies, which are employed by airlines, in reducing the number of flights they need to manage.

Which airlines have cancelled most flights?

Ryanair was the best-performing major airline worldwide – it has cancelled just 0.3% of flights so far this year.

British Airways is the worst-performing UK airline. At 3.5%, you are over 12 times more likely to have had a BA flight cancelled than a Ryanair one if you were expecting to fly in the first six months of 2022.

This data covers flights up to 10 July and doesn’t include the further 10,300 cancellations announced by the company, affecting flights due to take off before the end of October.

Globally, China Eastern, based out of Shanghai, has been by far the worst affected, a product of the severe lockdown in the city from March onwards.

A BA spokesperson attributed some of the problems to major storms in February, when one in seven of its flights was cancelled in a week-long period, the peak for the year. It also suffered an IT fault at the end of March, which coincided with one-tenth of flights being cancelled at short notice.

The airline also highlighted increased exposure to global factors such as the Russian war in Ukraine and continuing COVID restrictions in Asia, compared with the likes of easyJet and Ryanair who only fly within Europe.

The figures show that, during the peak of the pandemic in 2020, easyJet was the worst-affected global airline.

OAG says consumers may have been blocked by airlines from booking many of these flights during the first frantic period of the pandemic, although they were not formally called off until less than 48 hours before the scheduled take-off time.

These flights are included within the data set, but the disruption was unlikely to have affected as many people as more recent cancellations.

Why are there still flights being cancelled with no COVID restrictions?

The low overall percentages mean that you are still unlikely to have had your flight cancelled if you were set to travel this year, although it has been worse at different points, peaking in February when more than 1 in 20 flights from the UK was scrapped.

One of the key reasons for the ongoing disruption is staffing.

Kully Sandhu, managing director of Aviation Recruitment Network Ltd, said that the number of vacancies it is trying to fill for positions such as baggage handlers, cabin crew and cleaners had doubled since 2019, while the number of applicants had halved.

Gatwick Airport told us its plans to manage the coming months were put in place because “an airport review found that a number of companies based at Gatwick are operating with a severe lack of staff resources over the summer holiday period”.

One of the things putting people off relates to the security requirements to work at airports. Applicants must provide a detailed five-year employment history, which is particularly rare for entry-level positions.

Mr Sandhu said job adverts at certain airports are also more popular than others, depending on the demographics of the area.

John Grant, chief analyst at OAG, said: “When we entered COVID, airlines made a lot of people redundant. During that two-year furlough period, those people found jobs elsewhere and have not returned to the industry.

“Of those that have returned, their security policies will have expired. They need to be vetted again and go through the same process as they did two years ago.

“We didn’t come out of lockdowns until the end of March as far as the air transport industry in Europe is concerned, so there’s a huge amount of people who need to go through the process.”

In the current strong jobs market, it is just easier and quicker to get other work – often with better hours – elsewhere, explained Mr Sandhu.

He also said that Brexit had meant that workers from Europe, particularly those who only came to provide temporary labour in the busier seasons, were no longer applying in the same numbers.

How does it compare with before the pandemic?

The latest figures mean that a flight in 2022 is 2.5 times more likely to be cancelled than one booked during the same period in 2019, but there have been huge improvements compared with the peak of the pandemic.

In April and May 2020, more than three-quarters of flights from the UK were cancelled and the number of scheduled flights has still not recovered to a “normal” level.

How does the UK compare with other countries?

The UK has performed worse than other major European countries that have had more than 200,000 flights scheduled this year so far.

But the likes of the US, Canada, Indonesia and Turkey have performed even more badly. Mr Grant said that the US and Canada have only lifted COVID travel requirements in recent weeks, and pointed out that Indonesia was a very closed market as Asian countries applied their own rules to travel, “creating almost total lockdowns”.

The harsh lockdown means that of the biggest global airports, the worst-performing 20 are all from China.

More than four in five flights from Shanghai’s two airports were cancelled between April and May, the same proportion as have been cancelled in Ukraine since the Russian invasion.

How can you avoid being affected?

Mr Grant recommends booking away from the peak times and the busiest airports.

He said: “One of the interesting patterns is that if you choose to depart from 10am to 2pm, airports tend to be less congested. There’s more space between planned departures and we’re seeing lower rates of cancellation.

“Certainly don’t try to get on the first flight to your destination because that’s when every airline in Europe is sending hundreds of aircraft in the sky, between 6am and 8am in the morning.

“Another thing to consider is to fly from an airport that is smaller where there are fewer flights and fewer airlines operating, so there is more scope to accommodate those delays.”

Weird Alibaba: This $3,200 electric truck might be the next Chinese EV I need to buy
Revealed: The breadcrumb trail that identified the IS ‘Beatles’
‘Goodbye my friend. Forever in my heart’: Stars pay tribute to Darius Campbell Danesh
Bourne Leisure founders check back into Butlin’s in £300m deal
California Team Achieved First Self-Sustaining Fusion Reaction, Fail to Replicate It