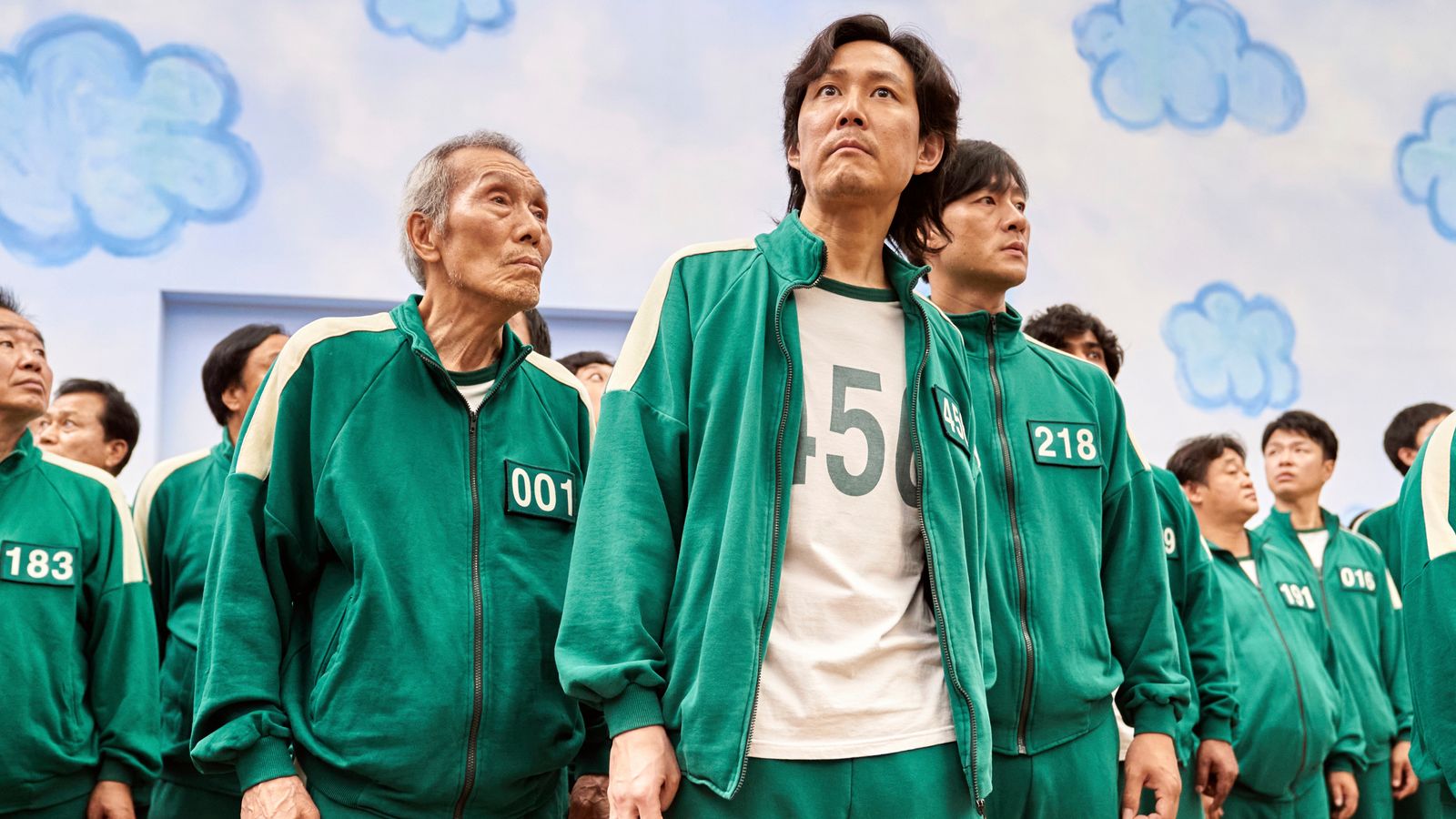 The South Korean hit about a brutal survival contest has been nominated in the prestigious category of outstanding drama series as well as earning a nod for its lead star Lee Jung-jae.

The Netflix show’s nomination underlines the power of the streamers in a set-piece awards show once dominated by broadcast networks and then cable.

Regardless of whether the show goes on to take home the gong in September, it’s clear the rise of streaming services is changing the balance of power and perhaps the awards themselves.

Other shows leading the nominations include Succession, Only Murders In The Building, Ozark and Pam And Tommy.

Brian Cox, Colin Firth, Lily James and Jodie Comer were among the British stars to receive nominations for their roles in Succession, The Staircase, Pam And Tommy and Killing Eve respectively.

Star of Ted Lasso, Jason Sudeikis, who won best comedy actor last year, is again nominated in the category, after winning in 2021.

The feel-good show – about a football coach who finds himself running an English Premier League soccer team despite having no experience at all – was also nominated in the outstanding comedy series category. It also won the prize last year, taking home a total of seven trophies in 2021.

Bill Hader is up for a third award in the comedy category for Barry, while Only Murders In The Building stars Steve Martin and Martin Short will go head-to-head for the award.

Jean Smart, last year’s best comedy actress winner for Hacks, is also in the running for another win in the category.

The Crown, which dominated the 2021 drama awards, was not televised within the eligibility period and is sitting this year out.

The 74th Primetime Emmy Awards will take place on Monday 12 September in Los Angeles and air on NBC.

A host is yet to be announced.

If you want an EV, buy now – Rivian, Fisker and others rush to lock in EV tax credits before changes
Government ‘asleep at the wheel’ as Ofgem director quits over energy price cap change
‘Idiot’ surfers spark outrage after speeding down Venice canal
Many of these children could be treated – but doctors are struggling to keep them alive
Quick Charge Podcast: August 16, 2022