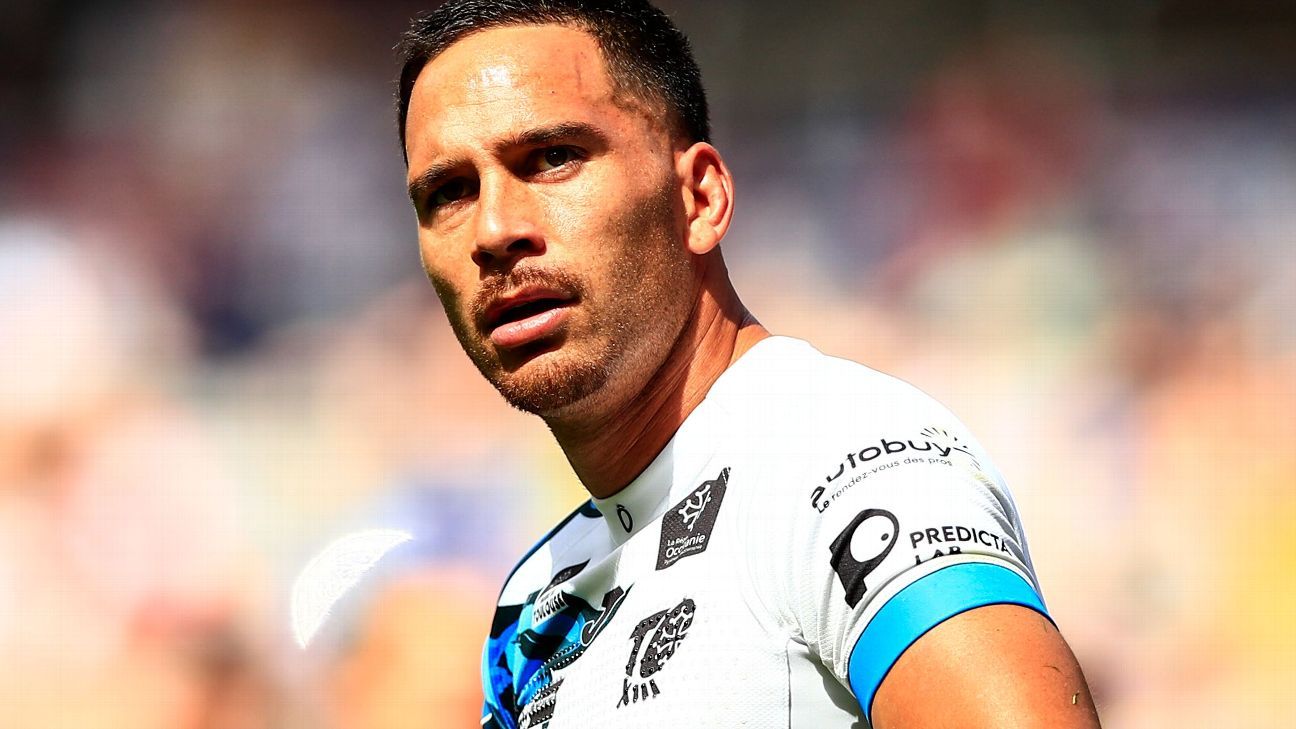 Corey Norman’s rugby league career could be over with the former Queensland State of Origin player being given a lengthy Super League ban for “inappropriate contact”.

Norman has been hit with an eight-game ban after being found guilty of intentionally placing a hand between the buttocks of Warrington’s Oliver Holmes during a match on Thursday.

Norman pleaded not guilty at his disciplinary hearing after being charged with a Grade F offence – the highest possible, which carries a suspension of at least eight matches.

Her Honour Justice Sarah Wright, who chaired the independent operational rules tribunal, said the panel were “entirely satisfied” the act was deliberate.

Norman had been engaged in a running battle with Holmes for several plays, before a lengthy hold-down in a tackle on Thursday night.

The former NRL star’s hand can then be seen reaching towards Holmes’ buttocks, before a complaint is immediately lodged by the Warrington lock.

When play was stopped on the next tackle for a separate penalty, the touch judge informed the referee of an allegation of misconduct.

“The footage of the incident shows a deliberate movement of Corey Norman’s left arm and hand over the top of Oliver Holmes and on to his buttocks,” read the ruling, published by the Rugby Football League.

The NRL is back! Time to test your footy know-how against your friends, family and coworkers. Set up or join a tipping competition NOW!

“At no point does the footage show a grabbing of the shorts to push Oliver Holmes down, as described by Corey Norman.

“The footage shows a deliberate placing of Corey Norman’s hands and fingers on the buttocks and coupled with the immediate complaint from Holmes, the reaction of his team-mate Danny Walker and the statement of Holmes to which we have measured regard we are entirely satisfied that this was an intentional placing of a hand between the buttocks of the opposing player and we find the charge proved.”

Norman has started all 11 matches since making his Super League debut in May.

The former Brisbane, Parramatta and St George Illawarra playmaker had announced his retirement from the NRL at the end of last year, before reprising his career in the Super League.

He signed a deal for the rest of the 2022 season only with Toulouse in April, which has so far not been renewed.

There are just four games left in Toulouse’s season, meaning any ban would extend into next year if Norman did pick up another contract.

The French-based club currently sit last on the ladder, and are bound for relegation to the Championship unless they can win at least two of their remaining matches.