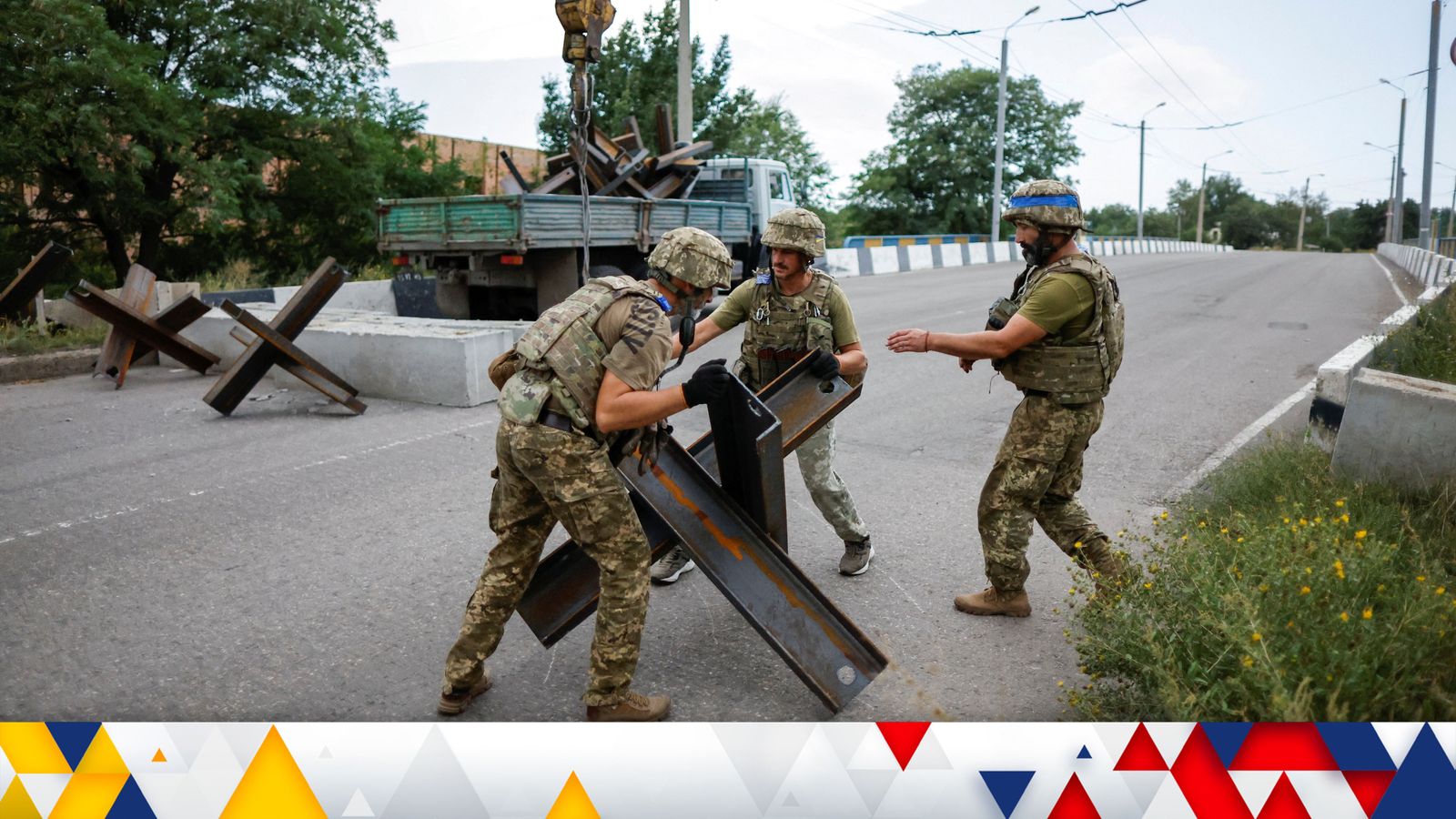 Russian forces have stepped up their efforts to seize one of the dwindling number of cities in eastern Ukraine not already under their control.

The General Staff of the Armed Forces of Ukraine said in its daily update that intensified fighting took place around Bakhmut in the Donbas region.

The capture of Bakhmut would allow the Russians to advance on the region’s main Ukrainian-held cities, Kramatorsk and Sloviansk.

The general staff update said Sloviansk and Kramatorsk were also targeted on Friday along with the Kharkiv region to the north, home to Ukraine’s second-largest city.

Bakhmut has been a key target for Russian forces for weeks as they try to complete the months-long campaign to take control of the whole Donbas region.

The Kremlin declared in April that its main objective is to capture the Donbas after it failed to take control of the Ukrainian capital Kyiv.

A local Ukrainian official reported sustained fighting on Saturday morning near four settlements on the border between the wider Luhansk and Donetsk provinces, which together make up the contested industrial region.

Russian forces took control of nearly all of Luhansk last month and since then have focused on capturing Ukrainian-held areas of Donetsk.

Moscow says it shot down drone over Crimea

It came as Russian authorities reported shooting down a Ukrainian drone above the headquarters of Moscow’s Black Sea Fleet in Sevastopol in annexed Crimea.

It was the second drone incident at the headquarters in three weeks and followed explosions at a Russian airfield and ammunition depot in Crimea this month.

The Russian-appointed governor of Sevastopol, Mikhail Razvozhaev, said that a drone fell on the roof of the fleet’s headquarters after being downed by local air defences. 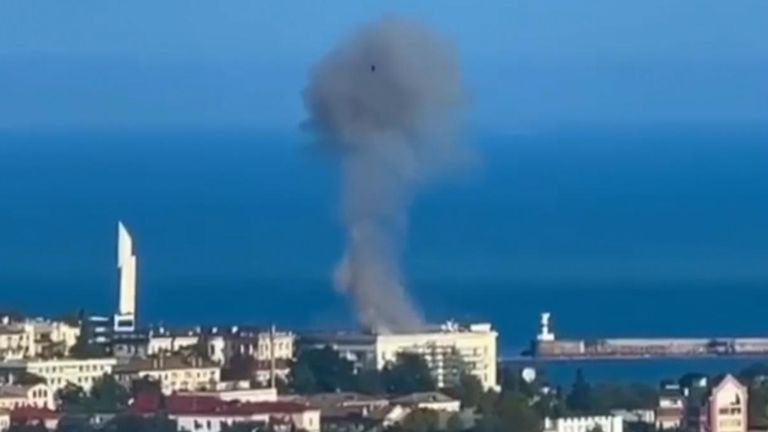 Meanwhile, Ukrainian officials said on Saturday that Russian shelling had collapsed balconies and blown out windows in the Mykolayiv region in the south of the country, injuring at least nine civilians.

A five-storey apartment building and private homes in the town of Voznesensk were badly damaged, the Black Sea region’s governor said.

Vitaliy Kim wrote in a Telegram post: “As of 1.30pm (local time) – nine wounded, including four children. All children in a serious condition. Ages range from three to 17.”

He added that a young girl lost an eye as a result of Saturday’s attack.

Reflecting the broadening frontlines of the nearly six-month war, a Ukrainian air strike hit targets in the largest Russian-occupied city in the southern Zaporizhzhia region, according to Ukrainian and Kremlin-backed local officials.

The fighting comes as Moscow accused Kyiv on Saturday of poisoning some of its servicemen in Zaporizhzhia in late July.

An adviser to Ukraine’s interior ministry said in response that the alleged poisoning could have been caused by Russian forces eating expired canned meat.

Read more:
What are the risks of a nuclear accident in Ukraine?
Ukraine claims Russia is preparing to stage ‘provocation’ at Europe’s biggest nuclear power plant
Insolence of Russian troops in Kherson appears to confirm officers have fled, source says

Moscow said a number of Russian servicemen had been taken to a military hospital with signs of serious poisoning on 31 July. Tests showed a toxic substance, botulinum toxin type B, in their bodies, it said.

It did not say how many servicemen had suffered or what their condition was now.

Botulinum toxin type B is a neurotoxin that can cause botulism, a life-threatening condition, when ingested in previously contaminated food products.