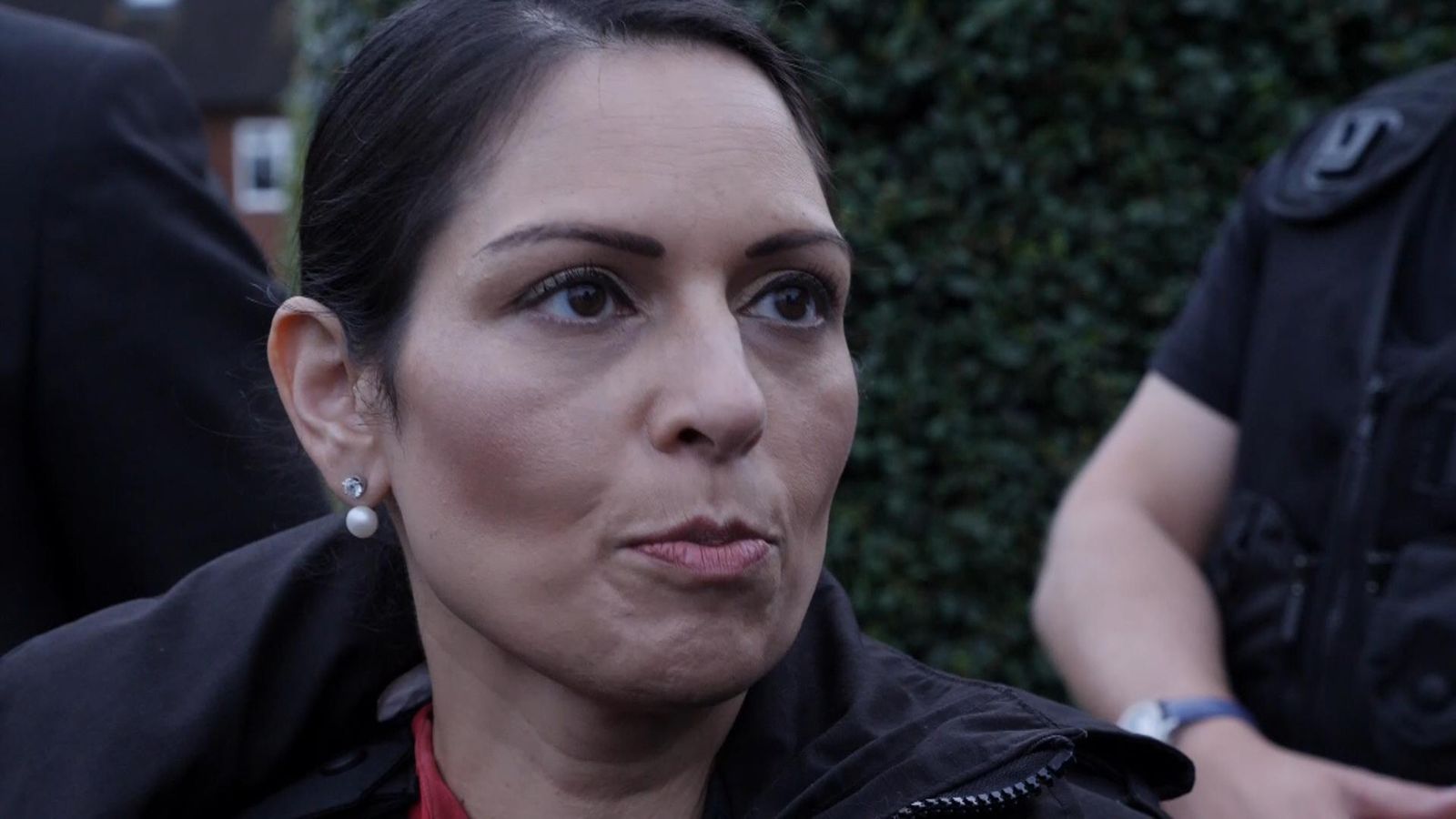 It was a 3am rise for a dawn police raid in Surrey. But the home secretary – a regular at these kind of events – wanted to project a steady hand at the Home Office, getting on with business as usual when everything else is in a state of flux.

On this occasion, the raid was a National Crime Agency Operation to arrest an alleged “kingpin” of an organised criminal network involved in drugs and gun offences.

The last time I filmed Priti Patel on a police raid it was amid allegations of bullying at the Home Office and it was clear she was out to demonstrate her commitment to the role.

It seems, faced with a reshuffle next month, she is employing the same tactic.

Asked if she wants to keep her job when the new prime minister arrives, Ms Patel replied: “That’s the choice of the next leader.

“But the fact of the matter is this party was elected with a very clear manifesto commitment to beat crime, cut crime, but also deliver 20,000 more police officers.

“I think my record in that time speaks volumes.”

But knife crime is back on the rise – up 10% on last year – and high-profile shootings in Liverpool are another cause for concern.

The picture was unclear over the shooting of a nine-year-old girl in the early hours this morning, but Ms Patel later offered her condolences to the family.

But when asked about her low points in office, she said: “The serious lows? Absolutely when people have died. You see appalling violence against our police officers.

“My second week as home secretary we saw the appalling case of PC Andrew Harper. That will live with me forever.”

She won’t be drawn on who should be the next PM. “I’m not getting into any of that,” she says, walking away.

But later as we sit on a wall and watch the arrest unfold, she describes the leadership race as “irrelevant”.

The home secretary feels the country is with her on this – the leadership race is a sideshow that’s come at a bad time. Someone needs to start running the country again.

“Are you sad to see Boris Johnson go?” I ask.

But when I probe as to whether she’s one of many Tories who’d rather see him on the ballot paper, she seems not to hear the question and refocuses her attention on the arresting officers and the man being led away.

Truss refuses to commit to raising benefits in line with inflation despite growing pressure
New law in California stops rap lyrics from being used as evidence in court
Twitter shares surge 22% after Elon Musk revives deal to buy company at original price
‘Heartbroken’: Pfeiffer and Snoop among stars paying tribute to rapper Coolio
Here are the people who texted Elon Musk to offer advice or money for the Twitter deal