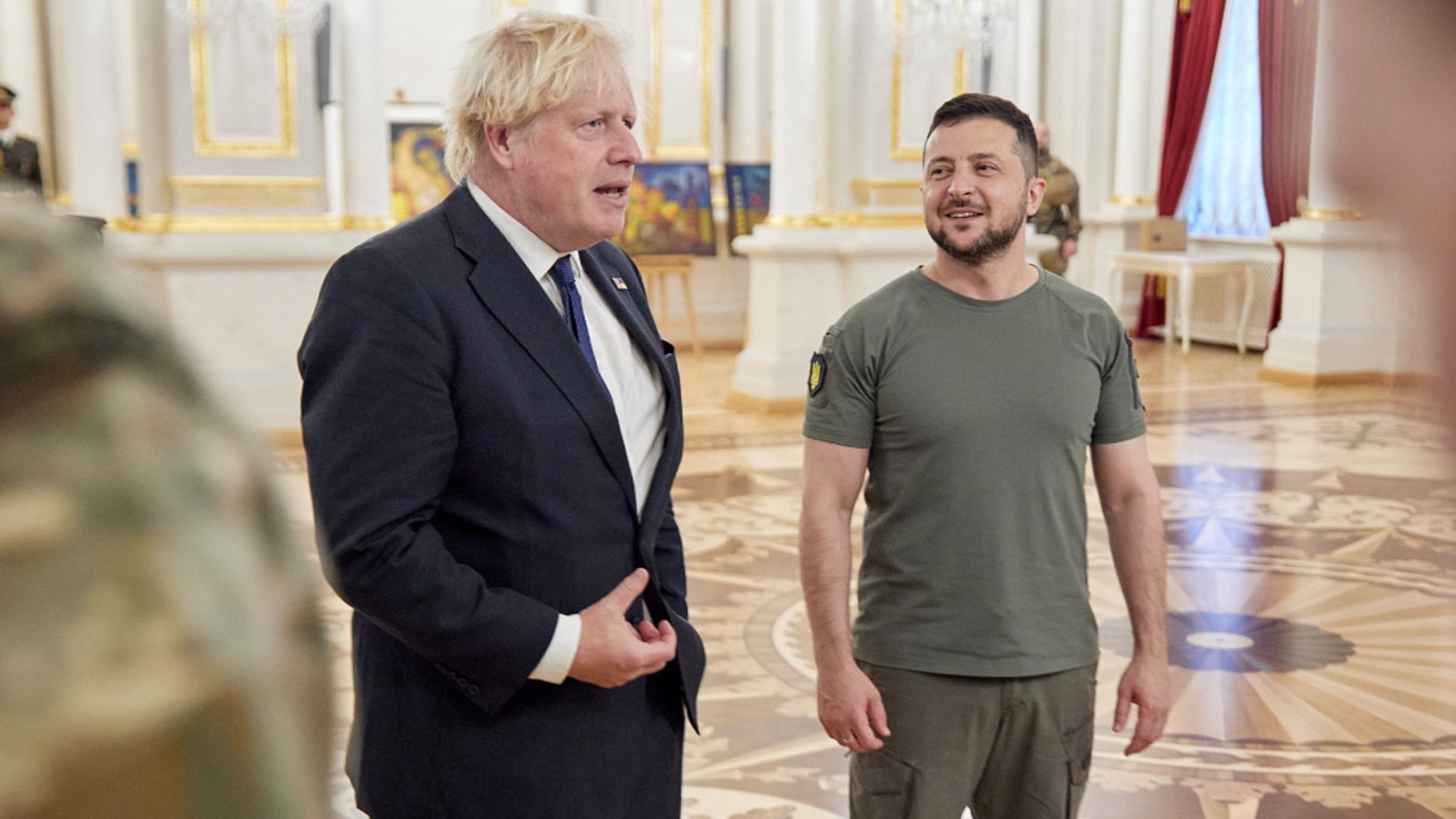 Boris Johnson has returned to Ukraine as the war-torn country marks its independence day.

The prime minister was pictured in Kyiv with President Volodymyr Zelenskyy.

“What happens in Ukraine matters to us all,” Mr Johnson said on Twitter.

“That is why I am in Kyiv today. That is why the UK will continue to stand with our Ukrainian friends.

“I believe Ukraine can and will win this war.”

Mr Johnson announced another package of support for Ukraine, including unmanned surveillance and missile systems.

The package, worth £54m, also includes 2,000 state-of-the-art drones and anti-tank loitering munitions. It also includes 850 hand-launched Black Hornet micro-drones, which can be used to provide live feeds and still images to troops.

Mr Johnson urged the international community to stay the course in Ukraine.

He said: “For the past six months, the United Kingdom has stood shoulder-to-shoulder with Ukraine, supporting this sovereign country to defend itself from this barbaric and illegal invader.

“Today’s package of support will give the brave and resilient Ukrainian Armed Forces another boost in capability, allowing them to continue to push back Russian forces and fight for their freedom.

“What happens in Ukraine matters to us all, which is why I am here today to deliver the message that the United Kingdom is with you and will be with you for the days and months ahead, and you can and will win.”

In his final visit to the country before leaving Downing Street, the prime minister also received Ukraine’s highest award which can be bestowed on foreign nationals, The Order of Liberty, for the UK’s staunch support of Ukraine’s freedom.

Mr Johnson arrived in Kyiv after enjoying his second foreign summer holiday of the summer.

Last week he was spotted in Greece, having already visited Slovenia for a break earlier this month.