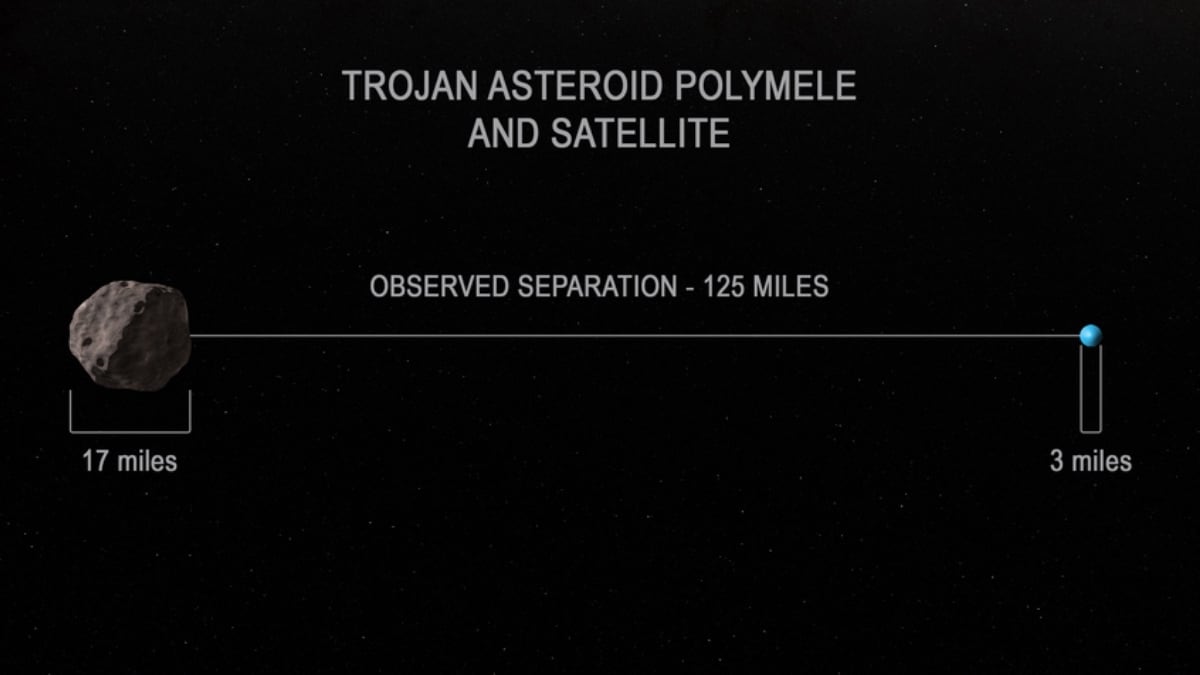 Astronomers working on US space agency NASA’s Lucy mission may have spotted an undiscovered mini-moon orbiting an asteroid in the solar system. The mission is headed to study the Trojans — two groups of asteroids that orbit the Sun and are located on each side of Jupiter. While on its way to the space rocks, the Lucy probe observed its smallest asteroid target named Polymele, which was expected to pass in front of a star. As the asteroid passed, it blocked the star briefly allowing astronomers to observe the star blink.

Soon, a team of NASA astronomers got to work to gather information on the asteroid using the sighting. When the collected data was analysed, the team noted that besides the asteroid and the star, there was another object in the vicinity. Located some 200km from Polymele, astronomers think that is likely the asteroid’s own satellite.

The event that led to the observation took place on March 27. As the occultation occurred, 26 teams decided to measure the location, shape, and size of the asteroid with unprecedented precision. 14 teams reported seeing the star blink during the event. However, two of the observations did not match. “Those two observers detected an object around 200 km (about 124 miles) away from Polymele. It had to be a satellite,” said Marc Buie, Lucy occultation science lead at the Southwest Research Institute.

Through the occultation data, the team estimated that the satellite measured roughly 5km in diameter. The distance between Polymele, which is 27km wide, and its moon was assessed to be about 200km. At the time when Polymele hurtled passed in front of the star, the asteroid was 770 million km from Earth.

Scientists believe that asteroids hold vital information that could help in unravelling the history of the solar system. Earlier, the Lucy team had discovered using the Hubble Space Telescope that one of the Trojan asteroids, Eurybates, had a small satellite.