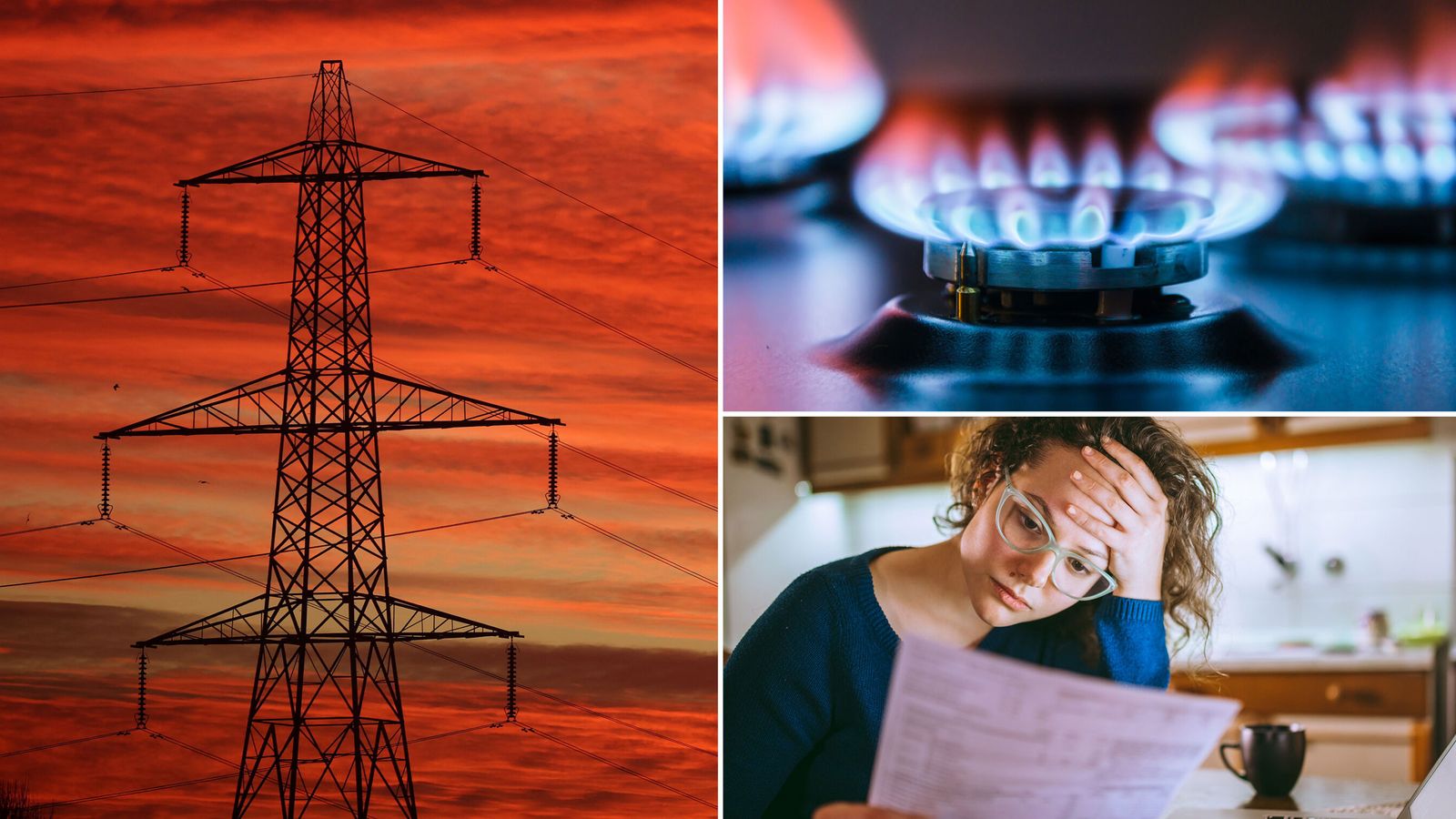 Millions of households will see their energy bills rocket as the price cap is hiked to £3,549 a year, plunging many into financial hardship.

Meanwhile, 4.5 million pre-payment meter customers, who are often the most vulnerable and already in fuel poverty, will see an even more punishing increase, with their average annual bill set to go up to £3,608.

In all, around 24 million households will be hit by the price spike.

Soaring wholesale gas costs – fuelled by Russia’s invasion of Ukraine – have driven the energy price cap increase, which is widely expected to spiral even further next year, with average bills forecast to hit £5,386 in January and £6,616 in April, according to analysts Cornwall Insight. 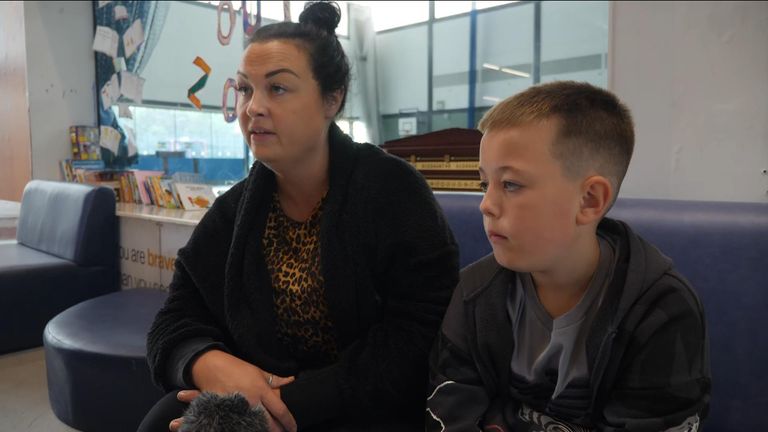 It ramps up the squeeze on households already wrestling with soaring food and fuel prices.

Sky News has found a third of households are already struggling to pay their energy bills, while Philippe Commaret, managing director of energy giant EDF, says half of UK households could be in fuel poverty in January.

The price cap, designed to stop people being ripped off by their supplier, sets the maximum households pay per unit of energy used with the increase based on “typical” usage – customers who use more pay more.

Chancellor Nadhim Zahawi has admitted that the soaring energy costs will cause “stress and anxiety for many people” – but added that “help is coming” from the government.

Ofgem chief executive Jonathan Brearley told Sky News: “I talk to customers all the time and I know for many, many people this will be devastating news.

“After COVID last year, we saw lots of economies grow, particularly Asia, and that already put pressure on the gas market. And as we saw, prices begin to spike in around September of last year.

“Now, this year over and above that, we have seen a slow and deliberate cut off of gas by Russia to the European market. And that has made prices spike much, much further.

“When I look at the prices for winter now for buying the gas, they are 15 times what they normally are. If that were to happen in petrol, that would mean it would cost £400 to £500 to fill our car.

“So ultimately, the cost of energy is changing dramatically. And that’s why the price cap needs to change. And that’s why we are announcing the incredibly difficult news that it’s going up to £3,549.”

Why high energy bills hit everything

Ofgem boss: ‘This is a big problem’

He added: “This is a big problem for customers. In 10 days time, we will have a new administration, a new prime minister and a new set of ministers.

“And what we are saying to them today is we will need to work with you and the industry and NGOs (non-governmental organisations) and there will need to be urgent and decisive action to tackle this problem.

“The difficult news we have today is that when I look out to winter and I look out to next year, there is continued significant increasing price pressure. So we all need to work together.”

The sharp rise will also further add to inflation, which the Bank of England is forecasting will hit 13% in the autumn, having already reached a 40-year peak of 10.1% in July.

It increases the likelihood of another interest rate rise, adding to the cost burden of many hard-pressed households.

There had already been widespread calls for the government to urgently increase support to help people cope with the cost crunch and these will only mount ahead of the impending hike in bills.

All households have been promised £400, with more for the vulnerable, but this will be dwarfed by the latest rise.

Labour, the Liberal Democrats and most major energy suppliers have proposed plans to freeze prices at current levels to ease the immediate pressure on households.

How will energy rises hit households?

But Boris Johnson has stressed he will leave major decisions on additional support to his successor, who will not be announced until 5 September after the Tory leadership contest.

Ahead of the increase, frontrunner Liz Truss said she would use an emergency budget to “ensure support is on its way” if she becomes prime minister.

Her rival Rishi Sunak has pledged more targeted support and to remove VAT from energy bills.

ScottishPower chief executive Keith Anderson, said: “The size and scale of this issue is truly catastrophic for UK households and that’s why only a big solution can tackle it once and for all to shelter people from the worst this winter.”

Adam Scorer, chief executive of fuel poverty charity National Energy Action, told Sky News: “This is a crisis of the poorest households in our society facing Armageddon over the winter.

“It is only government that can step in and make sure this isn’t disastrous over the winter and next winter as well.”

Simon Francis, co-ordinator of the End Fuel Poverty Coalition, said: “Today’s Ofgem price hike is like a dagger to the heart of millions of people up and down the country.”

Consumer group Which? has urged the government to raise its energy bills discount by at least 150% or risk pushing millions of people into financial distress.

Lenders push Kwarteng to extend mortgage guarantee scheme
Quick Charge Podcast: October 4, 2022
Shopping for your next Ford EV pickup? Here’s a list of Ford electric trucks by price
Truss insists UK must have ‘courage of its convictions’ a day after tax U-turn – as govt hopes for calmer conference day
BILITI’s 3-wheeled electric delivery vans heading to the continent that needs them most