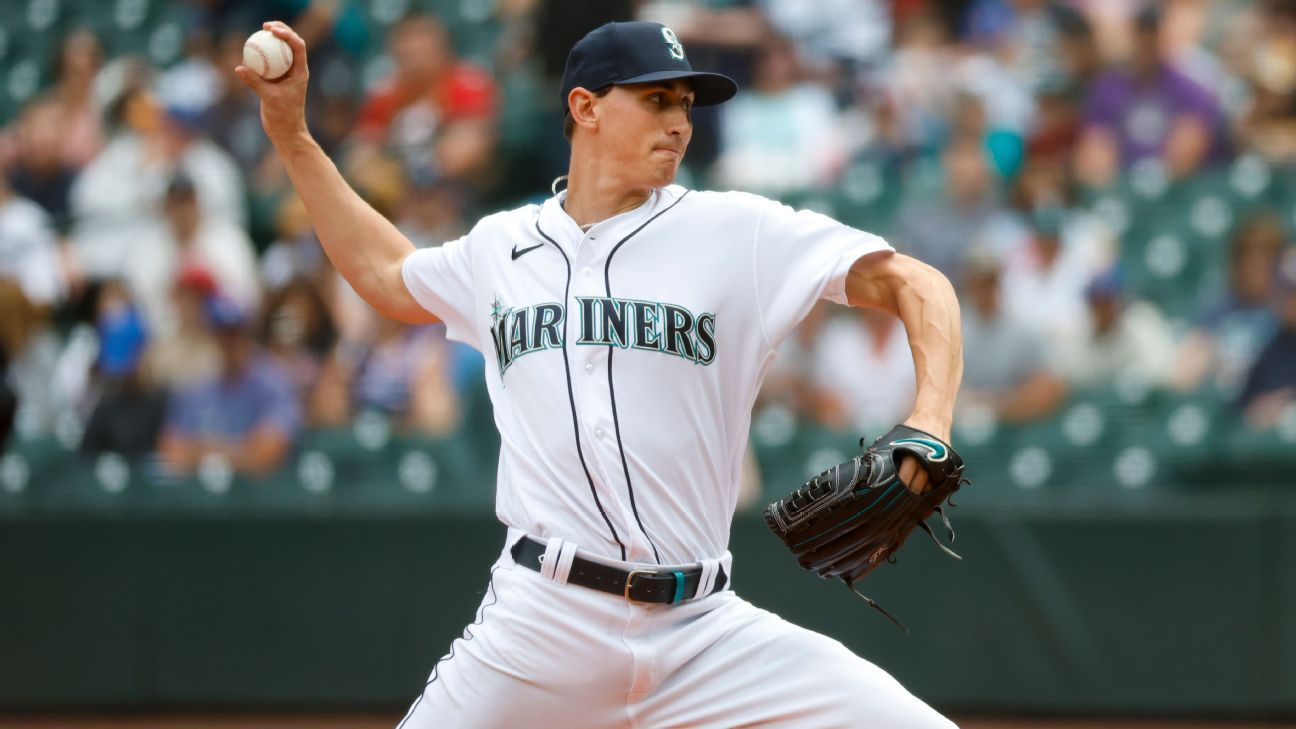 Seattle Mariners right-hander George Kirby pulled off a rare feat by throwing 24 straight strikes to start the game Wednesday night in a 3-1 loss to the Washington Nationals.

Kirby gave up five hits and one run before throwing his first ball to Joey Meneses in the third inning. Kirby is the first pitcher since 1988 to begin his appearance by throwing 24 consecutive strikes, topping the 21 consecutive strikes thrown by Joe Musgrove for Pittsburgh against St. Louis in 2018 and Brett Cecil for St. Louis against Milwaukee in 2017 to begin their respective appearances, according to ESPN Stats & Information.

Kirby struck out nine in seven innings, giving up eight hits without a walk.

Not to be outdone, Kirby’s teammate, slugger Julio Rodriguez, became the first rookie in Mariners history to record 20 home runs and 20 stolen bases in the same season when he hit a solo shot in the eighth inning, according to ESPN Stats & Information. The 21-year-old sensation who put on quite a show at the Home Run Derby also became the fourth rookie in American League history to accomplish the feat since 2000, joining Mike Trout (2012), Andrew Benintendi (2017) and Randy Arozarena (2021).

“I’m happy about it,” Rodriguez said. “Not a lot of people do it all the time.”

Rodriguez leads all rookies in home runs and has stolen 23 bases.

The teams split their brief two-game series, with Seattle winning three of four this year after sweeping Washington in a doubleheader July 13. The Mariners hold the third and final spot in the AL wild-card race while the Nationals have the worst record in the majors.

The Associated Press contributed to this report.