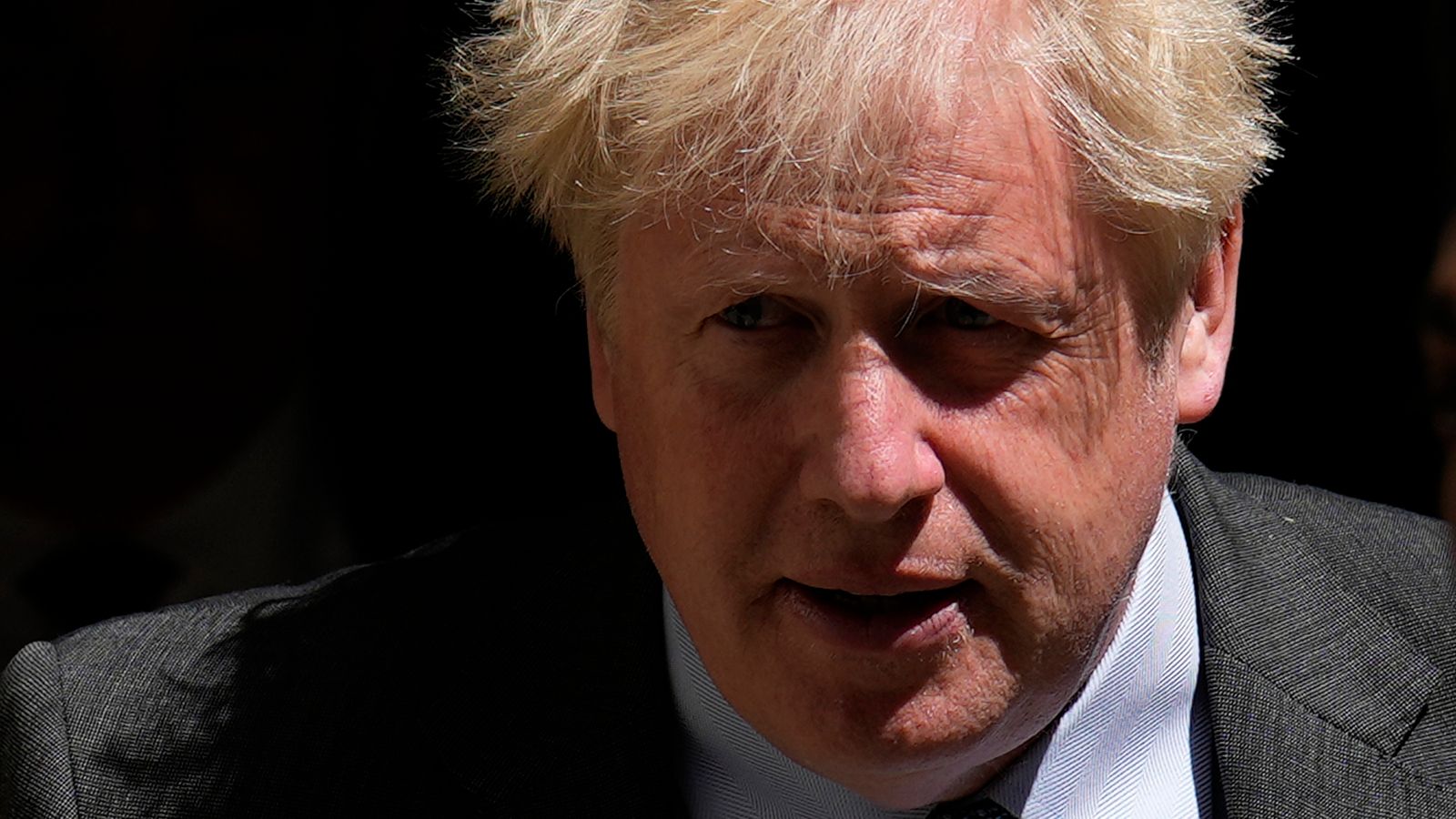 Boris Johnson has admitted that energy bills will be “eye-watering” this winter – and the cost of heating is already “frightening” for some.

Writing in The Mail on Sunday, the outgoing prime minister blamed Vladimir Putin for the worsening crisis – and claimed the Russian president “likes it”.

And although Mr Johnson warned the months ahead could be “very tough”, he has insisted the UK’s future “will be golden”.

He wrote: “It was Putin’s invasion of Ukraine that spooked the energy markets. It is Putin’s war that is costing British consumers.

“That is why your energy bill is doubling. I am afraid Putin knows it. He likes it. And he wants us to buckle.”

Mr Johnson claimed that the president believes “soft” European politicians will ease sanctions “and go begging for Russian oil and gas” as the winter sets in.

But he warned withdrawing support from Ukraine would be “utter madness” – and insisted Putin’s position “grows weaker” with every passing month.

The Conservative government has been accused of lacking urgency with the cost of living crisis as the leadership contest between Rishi Sunak and Liz Truss continues.

However, Mr Johnson wrote: “We must and we will help people through the crisis. Colossal sums of taxpayers’ money are already committed to helping people pay their bills. That cash is flowing now – and will continue to flow in the months ahead.

“Next month – whoever takes over from me – the government will announce another huge package of financial support.”

Ms Truss, who is frontrunner to be named the next prime minister on 5 September, has said it would not be “right” to announce her full plans for tackling the crisis until the contest is over.

Boris Johnson is known for his optimism, but telling people they will “emerge stronger and more prosperous” from the cost of living crisis won’t help with their bills right now.

Unemployment warnings during the pandemic (that he recalls in his article) may not have materialised, but the energy cap rise has: most households will have to pay thousands more and bills are likely to rise even further next year.

It is easier to sound hopeful when it is someone else who will have to make the difficult decisions: Boris Johnson knows his legacy is likely to loom over the next government and he may well continue to make his views known.

The chancellor has also spoken on rising bills. Nadhim Zahawi warns that middle-income households (like senior nurses and teachers on around £45,000 a year) need more help, and prices could remain “punishingly high” for two years.

The chancellor is urgent and gloomy, unlike Boris Johnson.

But in just over a week’s time there will be new occupants at Number 10 and Number 11; how the new government deals with the cost of living could well define it and decide the next election.

In his article, Mr Johnson attempted to strike an optimistic note, and said he was certain “Britain will emerge stronger and more prosperous the other side”.

He later added: “We have more than enough resilience to get through though months ahead. We have shown that before.

“And we have made the long-term decisions – including on domestic energy supply – to ensure that our bounceback can and should be remarkable and that our future will be golden.”

Reports in The Sunday Telegraph suggest Ms Truss is considering cutting VAT by up to five percentage points to help consumers and businesses cope with rising costs – potentially from 20% to 15%.

A source told Sky News that Ms Truss “will consider options to help people but it would not be right for her to announce her plans before she has been elected prime minister or seen all the facts”.