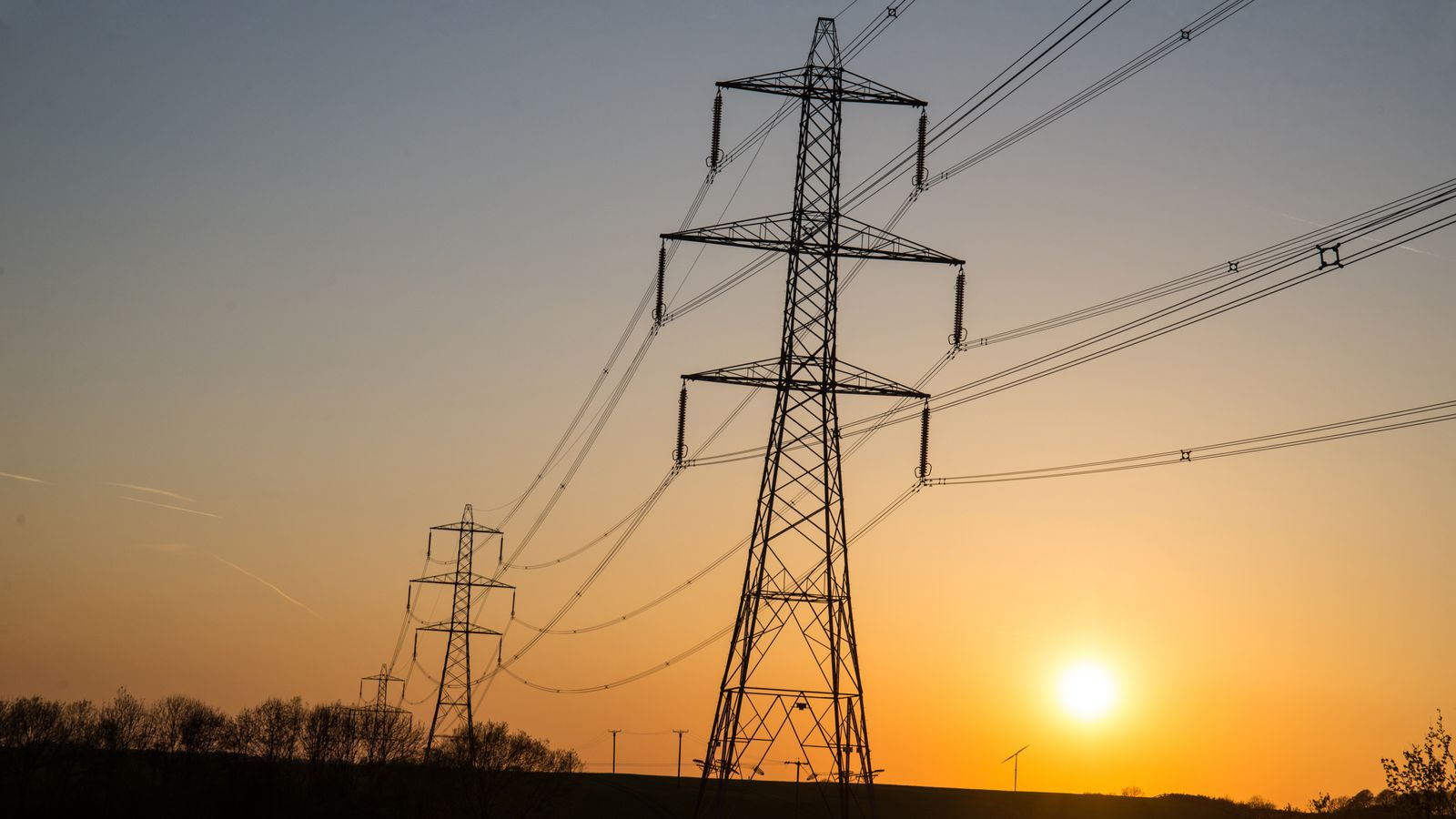 They are designed to set out supply and demand scenarios as the weather gets colder and energy consumption tends to peak.

Amid an energy security and price crisis, this year’s outlook report has taken on particular significance, especially after the energy regulator Ofgem warned earlier this week that “due to the war in Ukraine and gas shortages in Europe, there (is) a significant risk that gas shortages could occur during the winter”.

“As a result, there is a possibility that (the UK) could enter into a gas supply emergency.”

There are lots of things that will impact the National Grid’s report and ultimately how confident it feels that the lights will stay on.

Supply is a critical issue

About half of the UK’s gas comes from the North Sea, but we import the rest either through pipes, or interconnectors, from Norway, the Netherlands and Belgium or via liquid natural gas shipments (LNG) from big producers like America and Qatar.

This supply is vital not just because 85% of UK homes rely on gas for heating, but also because the UK gets 40% of its electricity from gas fired power stations.

And although the UK doesn’t get very much gas at all from Russia, Europe does. If Russia further throttles supply to the continent, there could be knock on effects for the UK in the form of supply issues, rocketing prices, or both.

The UK is particularly exposed because of its limited gas storage facilities, meaning it can’t fall back on its own reserves in the same way that Germany can, for example.

Additionally the UK has to compete on the global market, particularly against Asia, for LNG shipments which make up about 17% of the gas supplied to the UK through production and imports.

The UK has a big LNG imports infrastructure which gives it an advantage, but the predicted stability of this market will have a big impact on the National Grid’s risk assessment, as will any further predicted issues with the supply of electricity generated by France’s nuclear power stations, many of which have been offline for maintenance.

The National Grid will also estimate how much wind and solar power we can expect to generate in the coming months too, and how much “back up” electricity can be generated by some of the UK’s remaining coal fired power stations.

This brings us to the issue of demand.

In a tight situation, if supply cannot be increased, demand must be reduced.

Read more:
Energy bills capped at £2,500 a year from October
Back onshore wind and solar farms to solve winter fuel crisis, say experts
Eye-watering energy price cap may save businesses… but comes at a serious cost

Prime Minister Liz Truss has pledged there won’t be energy rationing this winter but that is a bold promise to make.

Writing in The Times today, ahead of the inaugural European Political Community summit in Prague, she urged European leaders to work together “this winter so we keep the lights on across the continent”. But other European countries have already asked consumers to reduce consumption during peak hours and have been open about the possibility of energy rationing, beginning with big industry, should that be necessary.

The National Grid has previously stressed that the blackout risk for homes is “very unlikely”, but in the spirit of preventing an emergency shortage is also consulting on measures like paying homes and businesses to reduce electricity and gas consumption if asked.

Separately the government might launch a public awareness campaign to ask (rather than tell) consumers use less.

And it is worth saying that despite Liz Truss’s promise, the government and the National Grid routinely updates plans for what is known as a “reasonable worst case scenario”, in which a combination of very cold weather and serious supply issues causes an energy shortage that requires rationing, rather than risking uncontrolled blackouts.

If this were to happen, gas fired power stations could be closed and big industrial users could be prevented from using energy.

There is also the possibility of electricity to households being turned off during critical hours, although the government has stressed this is unlikely.

The show investigates how global warming is changing our landscape and highlights solutions to the crisis.

Ukrainians fight Russian mercenaries and plummeting temperatures in the Battle for Bakhmut
First trailer and title revealed for Ford’s fifth and final Indiana Jones film
US country star, 37, dies hours after getting married
‘If you touch my hair that’s abuse’: Charity boss tells of ‘violation’ during Palace exchange
Antibiotics could be given to children at schools affected by Strep A