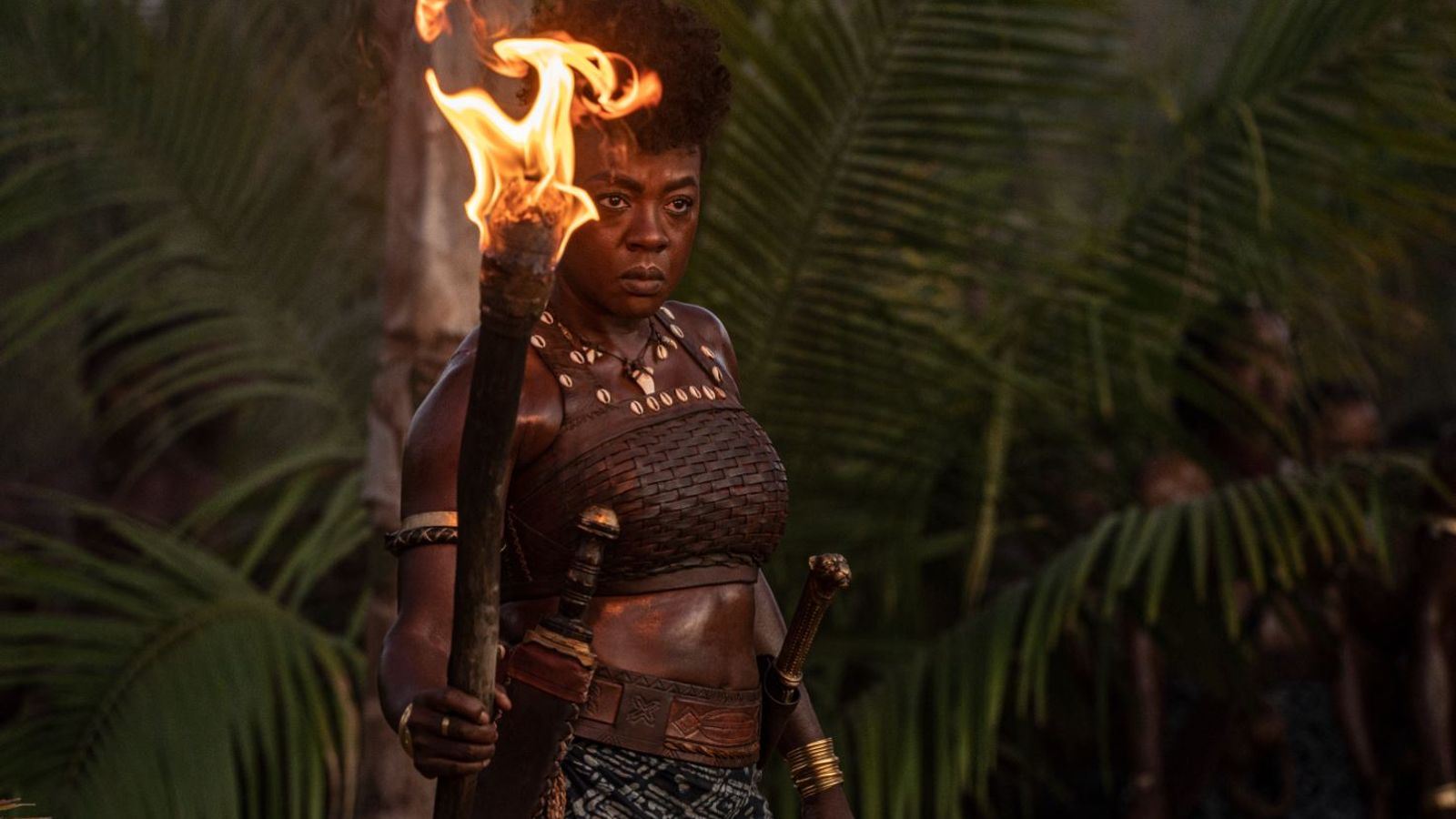 Her latest film is the true story of a fierce group of female warriors who protected a West African Kingdom in the 1800s, given the Hollywood treatment.

And like her latest character, Viola Davis has told Sky News she’s had to fight in order to succeed.

“If I waited for the sort of roles that come to me, then I would be coasting on two days here, one day here, pushing a paper, playing an obligatory lawyer that has a name that nobody ever uses,” she said.

“You know, I would be relegated to those sorts of stereotypical roles.

“But because I’m in the body of a 57-year-old, dark skinned black woman with big lips and wide nose, I have had to push the button – if I don’t, I will never be the artist that I’ve always dreamed I could be.”

Only just out in cinemas here, The Woman King is already off to a very solid start at the international box office, but it wasn’t easy to get a movie about black women past those who control the purse strings.

The drama was first conceived back in 2015 and was only green-lit five years later in 2020.

Davis said it’s hard to do something new in Hollywood, but she never doubted that this film should be made.

“I think that [black women] usually have not led a global box office, especially in a film of this scope, this magnitude.”

“It’s not a mystery to me, I feel like we always were capable of doing this, I don’t see myself as having any parameters and barriers in my life, I’ve always seen myself as leading a global box office, I’ve seen [co-stars] Thuso, Sheila, Lashana, any of us being capable of doing that – it was just a matter of convincing the studios.”

Four years since Black Panther – with its all black cast – smashed the box office, and even as Viola Davis holds the title as the most Oscar-nominated black actress, representation is still an issue in Hollywood, with only six black directors ever nominated for an Academy Award.

But the star is among those leading progress – she’s known for carefully choosing her projects, which include the August Wilson adaptations Fences and Ma Rainey’s Black Bottom – to give a voice to little known stories of black history.

The Woman King is her latest effort to reframe the past through a lens it’s rarely been seen through before.

Something which her co-star in the film, Thuso Mbedu, appreciates.

“I’m from South Africa originally, and I’d never heard of this,” she said about the real warrior women The Woman King is based on.

“You know, history has never been on our side, we’ve never been documented in ways that would be appealing to us.”

Davis had referred to The Woman King as her magnum opus, and by proving to the industry – and the world – that films about black women can attract cinema audiences, she has likely cemented herself as Hollywood royalty.