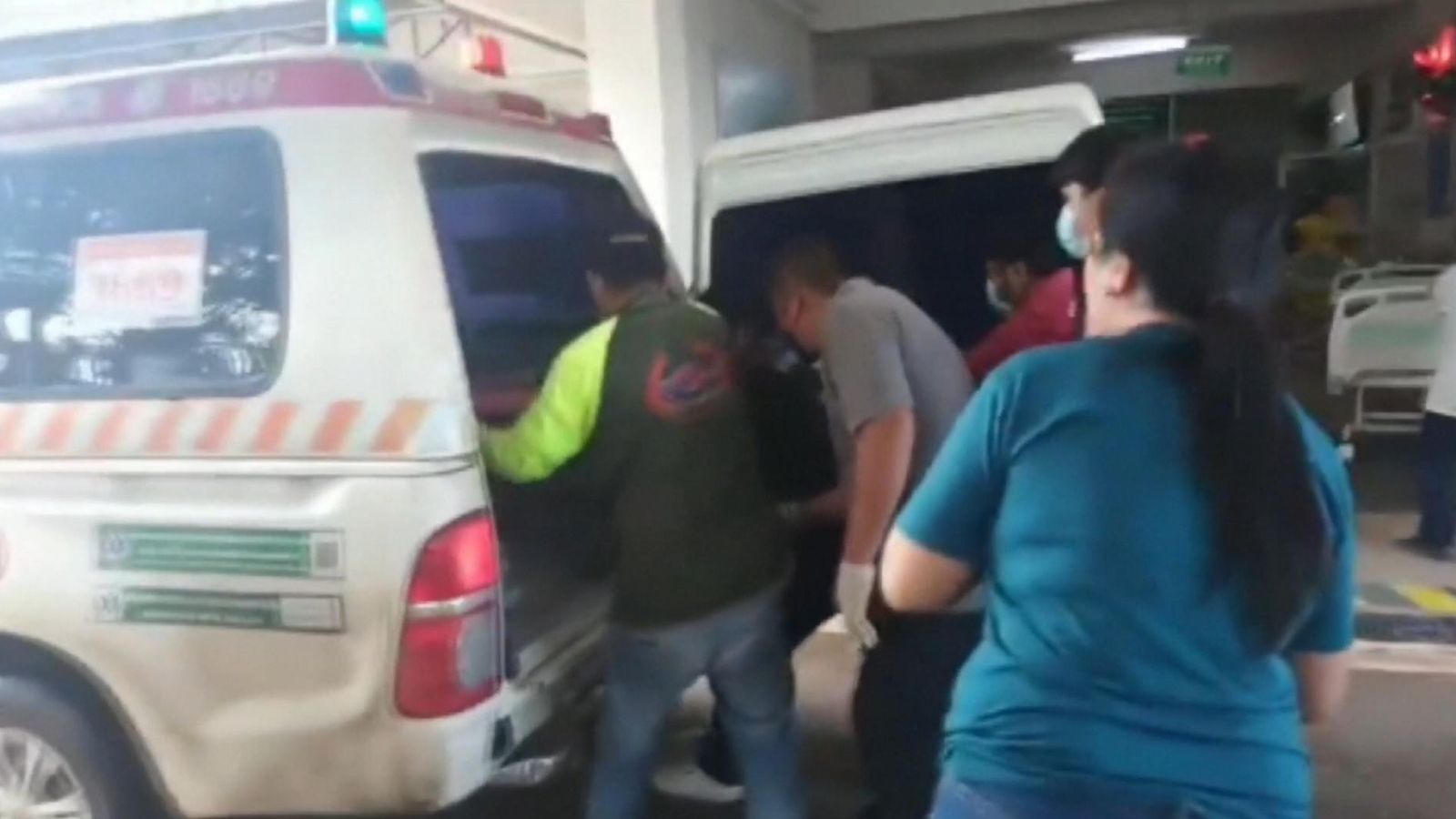 At least 30 people have been killed in a mass shooting by a sacked policeman at a children’s day care centre in Thailand.

The victims included 22 children – some as young as two years old – as well as adults, authorities said, adding that the gunman was a former police officer.

A manhunt was initially launched to catch the perpetrator, named by police as Panya Khamrap, who fled the scene shooting at bystanders and driving his vehicle at them.

Officials later said the gunman had killed himself, after shooting dead his wife and child.

The shooting took place in the town of Uthai Sawan in the northeastern province of Nong Bua Lamphu.

At least a dozen other people were injured in the attack, officials said.

The gunman was said to have been armed with guns and knives, according to the Bangkok Post, and opened fire at the centre after forcing his way in at around lunchtime.

Wielding a knife, he then forced his way into a locked room where children were sleeping, district official Jidapa Boonsom said, to continue his attack.

There were around 30 children inside the entire building at the time, she said.

The gunman first shot four or five staff, including a teacher who was eight months pregnant, before attacking the sleeping youngsters.

“At first, people thought it was fireworks,” she said.

Videos posted on social media showed emergency services at the scene, and sheets covering what appeared to be the bodies of children at the centre.

He was facing trial and had been in court on a drugs charge hours before the rampage, and had appeared agitated when arriving at the children’s centre.

The Daily News reported that the assailant returned to his home where he killed his wife and child, before taking his own life.

Nineteen boys, three girls and two adults were killed in the centre – and a further 12 people outside, including two children. This includes the gunman, his wife and his son, police said.

Prime Minister Prayut Chan-o-cha described the attack as a shocking incident in a Facebook post, and alerted all agencies to take action.

The country’s previous worst mass shooting involved a disgruntled soldier who opened fire in and around a shopping centre in the northeastern city of Nakhon Ratchasima in 2020, killing 29 people.

Memo: SEC didn’t block Freeze hire in 2018
Number of landlords selling up rises by nearly 13% in four months
Christmas travel warning as road workers to strike at same time as rail walkouts
Peter Kay in tears as he gets standing ovation at start of comeback gig
Man who shot Lady Gaga’s dog walker sentenced to 21 years in jail