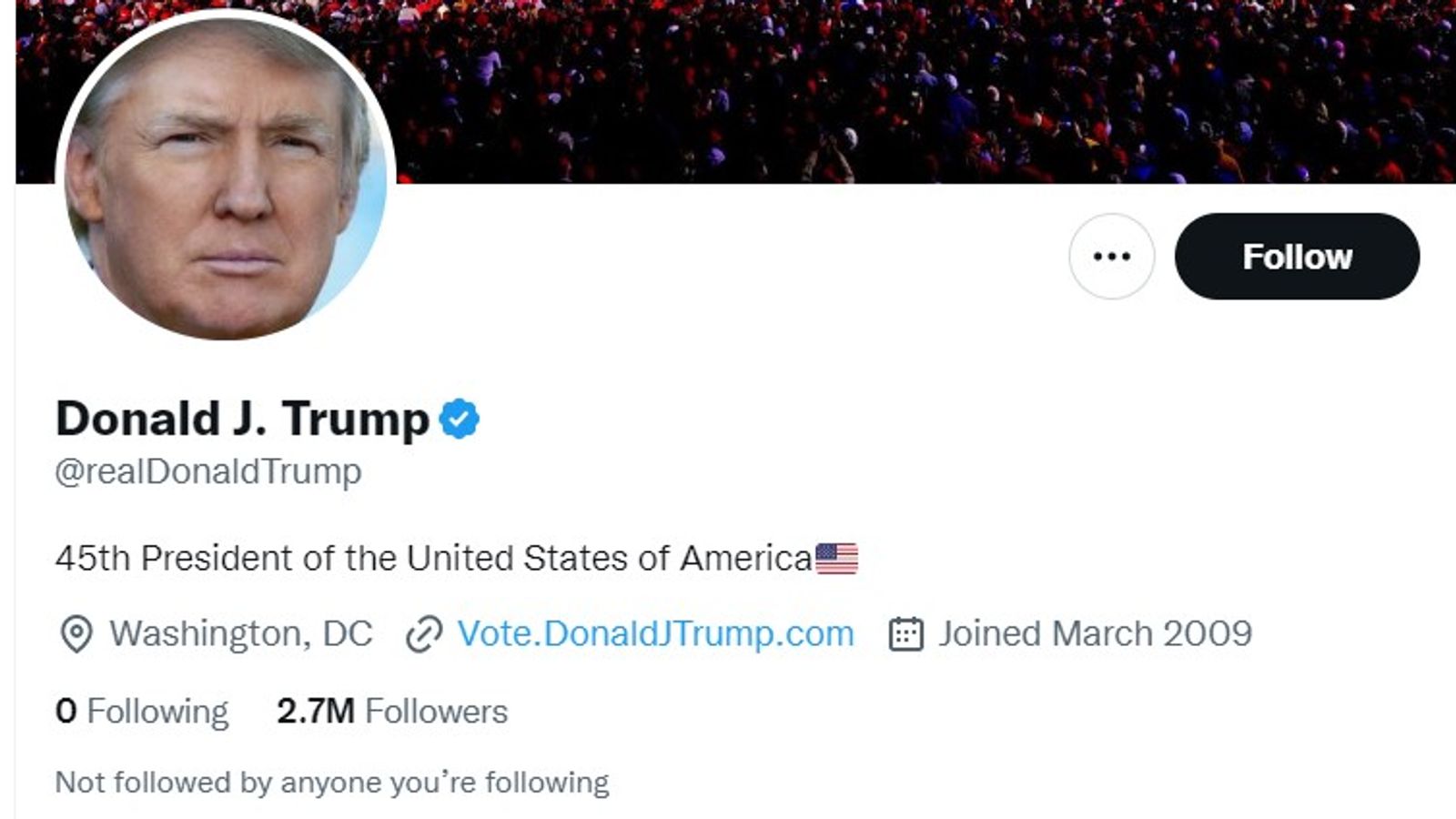 Donald Trump appears to be back on Twitter after an online poll voted for his return.

The platform’s new owner Elon Musk had announced on Saturday evening that following the vote, the former president would be reinstated, almost two years after he was removed following the 6 January US Capitol riots.

On hearing the news, the former US president had originally said he had no interest in re-joining but later on Saturday a blue-tick verified account calling itself “@RealDonald Trump, 45th President of the United States of America” appeared and the words “He’s Back” was trending in the US.

The Twitter poll, accompanied by the words “Vox Populi, Vox Dei” – a Latin phrase meaning “the voice of the people is the voice of God” – had asked users to vote on whether Mr Trump should be allowed to return, and the result was that he should.

More than 15 million votes were cast, but the former president had told a rally on Saturday evening: “I don’t see any reason for it (returning).”

He said he would stick with his new social media platform, Truth Social.

Mr Trump was permanently suspended from Twitter in January 2021 after the attack by his supporters on the US Capitol that left several people dead.

Twitter said the decision, after the riot, was “due to the risk of further incitement of violence”.

However, Mr Musk earlier this year called the ban a “mistake” and “morally wrong”.

Many on the right of the political spectrum have long argued Twitter and other social media sites are biased against their views and quick to “deplatform” them.

After his exit, Mr Trump established Truth Social – his own social media platform, which was an almost carbon copy of Twitter.

Meanwhile, hundreds of Twitter employees were estimated to have decided to leave the company after an announcement from Musk that staffers agree to longer, more intense working patterns or quit.

The exodus adds to the rapid change and chaos that have marked Mr Musk’s first three weeks as Twitter’s owner, during which the company’s headcount had already been more than halved by redundancies and other departures to around 3,700.

With so much of Twitter’s workforce now gone, there is speculation the site will crash during the football World Cup – one of the site’s busiest traffic events.

Many high-profile, blue-tick celebrities have tweeted farewells on the platform “in case”.

To add to Mr Musk’s business woes, Tesla is recalling more than 300,000 vehicles in the US because a software glitch can make rear lights go off intermittently, increasing the risk of a collision.