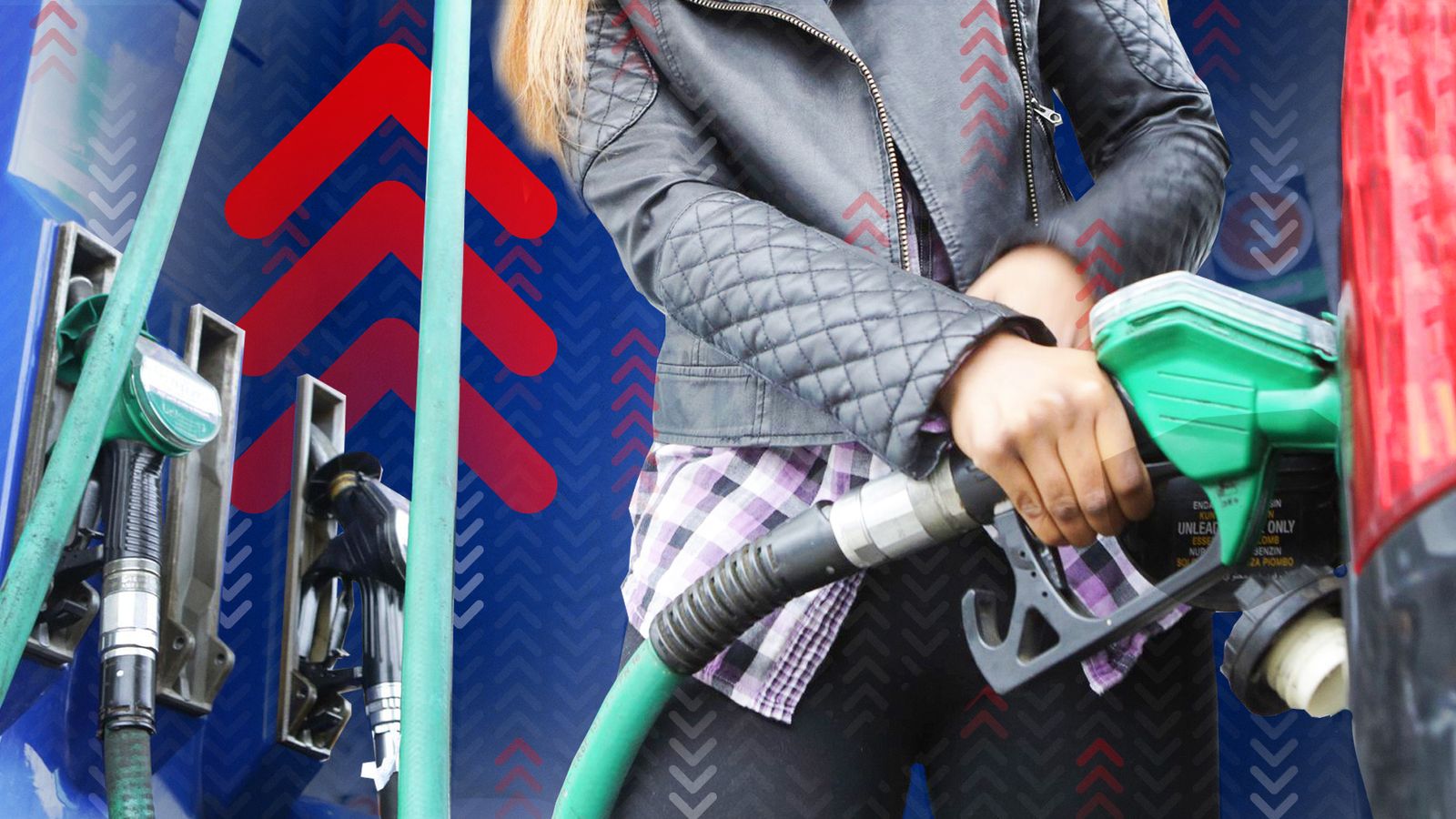 Supermarkets are “taking advantage” of drivers with rip-off fuel prices, according to a motoring group, which is demanding a 5p a litre cut for both petrol and diesel.

The RAC said prices were “far higher” than they should be and fail to reflect a plunge in wholesale costs.

It issued the accusation as hopes for some relief at the pumps rose through a plunge in oil prices on Monday.

The RAC said supermarkets’ profit margins were around 15p per litre last week at average prices of 161p per litre for petrol and 184.4p for diesel.

This is only 2p per litre lower than the average covering all UK forecourts.

Supermarkets have historically charged around 3.5p per litre less than the UK average.

But that changed last year when pandemic restrictions ended and oil prices recovered – the latter pushed even higher this year by the effects of the war in Ukraine.

Prices ‘far higher than they should be’

Pump prices have been a key feature, along with energy, in the rate of inflation hitting a 41-year-high.

RAC fuel spokesman Simon Williams said: “With many people struggling to put fuel in their cars, it’s very sad to see the biggest fuel retailers taking advantage of their customers by charging far higher prices than they should be.

“This is unfortunately a perfect example of prices falling like a feather, the opposite of them rocketing up as soon as the wholesale price rises significantly.

“The supermarkets dominate UK fuel retailing, primarily because they have traditionally sold petrol and diesel at lower prices due to the large volumes they sell.

“Sadly there is now a remarkable lack of competition among the four main players which means prices are far higher than they should be.

“There are smaller, independent forecourts offering more competitive prices than supermarkets, so drivers should shop around.”

Industry body, the British Retail Consortium, pointed out on their behalf that the RAC’s report had noted that supermarket fuel was cheaper than the national average.

Its director of food & sustainability, Andrew Opie, said: “Retailers understand the cost pressures facing motorists and will do everything they can to continue to offer the best value-for-money across their forecourts, passing on cost reductions as they feed through the supply chain.”

There is currently a record 25p gap between the cost of unleaded and diesel, with much of that explained by the fact that Russia used to supply the UK with 40% of its diesel needs.

But there are reasons to hope that the cost of both will fall in the run-up to Christmas.

Oil prices dropped to their lowest since early January on Monday after the Wall Street Journal reported that Saudi Arabia and other OPEC oil producers were discussing an output increase.

However, much of that decline was later erased when Saudi Arabia denied that higher production was on the table.

Prices remained down on the day as the market expected declining demand from China because of a surge in COVID lockdowns.

Giroud and Mbappe both break records as France reach World Cup quarters
What to know for NFL Week 13: Score picks, bold predictions, fantasy tips, key stats for every game
US country star, 37, dies hours after getting married
Russian oil sanctions are about to kick in. And they could disrupt markets in a big way
England cruise past Senegal to set up quarter-final clash with World Cup holders France