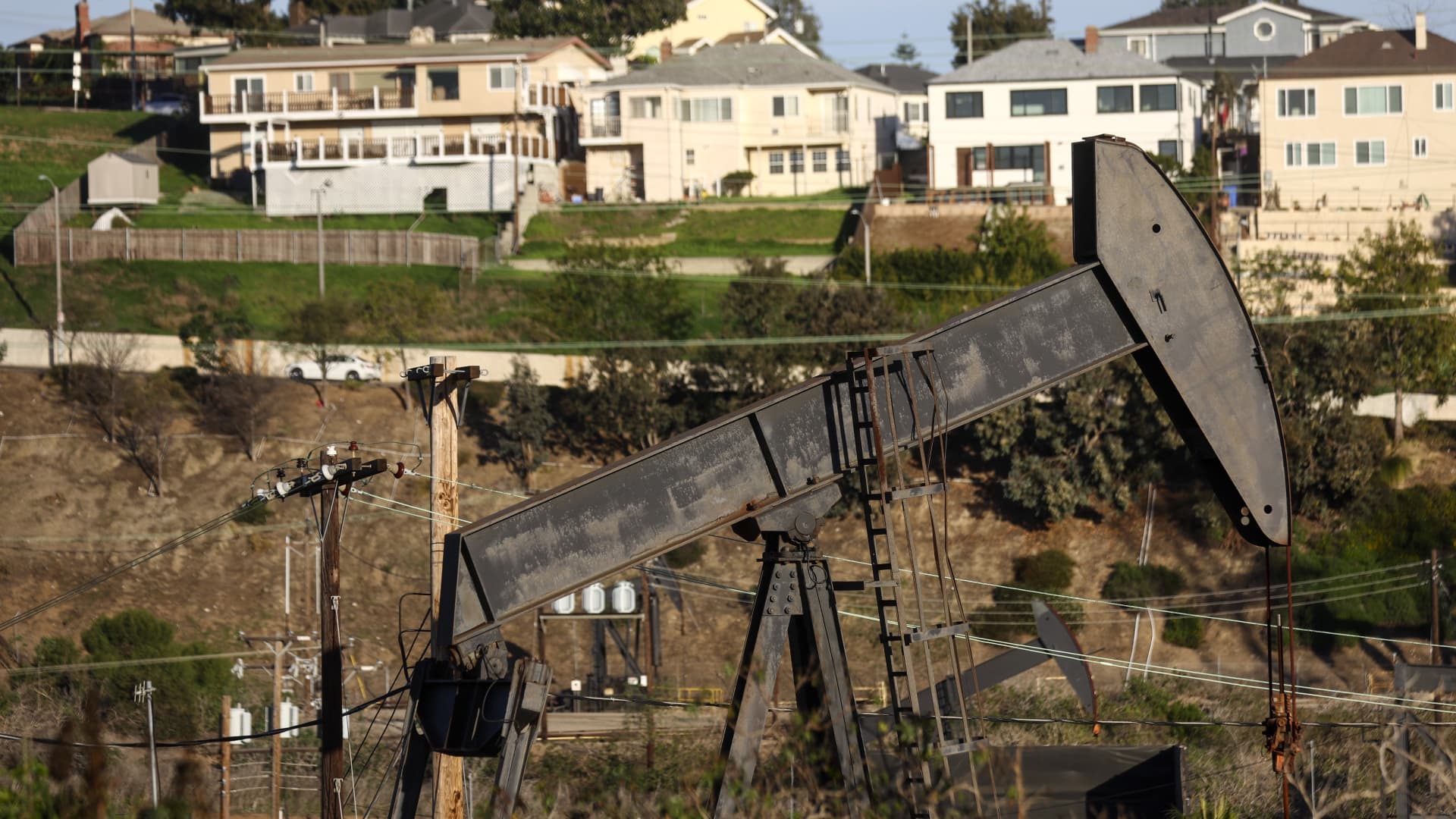 An oil company with a drilling operation in the Wilmington neighborhood of Los Angeles has filed a lawsuit against the city over its law to ban new wells and phase out all drilling within city limits.

Warren Resources, which operates the 10-acre, oil-extraction site, filed a lawsuit on Tuesday in LA Superior Court seeking to stop the ordinance from taking effect. The company argued the city failed to conduct an adequate environmental review of the potential impacts of halting extraction.

The lawsuit also argued the ordinance constitutes a violation of the California Environmental Quality Act, the city’s General Plan and the state and federal constitutions. Warren said the law would force the shutdown of its operations, which are located solely within the LA area.

The city in December voted to immediately ban new extraction and shut down existing operations within 20 years, marking one of the strongest environmental policies ever enacted in the state of California. There are 26 oil and gas fields and more than 5,000 active and idle wells in LA, in areas like Wilmington, Harbor Gateway, downtown, West LA, South LA and the northwest San Fernando Valley.

“The City has failed to ask the necessary questions and obtain the required evidence at every turn, has rushed every legally required process along the way, and as a result has based its approval and adoption of the Ordinance on a woefully deficient environmental document,” attorneys for Warren wrote in the lawsuit.

Ian Thompson, a spokesperson for the LA City Attorney’s office, declined to comment on the lawsuit. Attorneys for Warren didn’t immediately respond to CNBC’s request for comment.

Why isn’t the U.S. electric grid running on 100% renewable energy yet?

The ordinance has been praised by residents who have complained for years that pollution from nearby drilling has harmed their health. The oil industry has largely condemned the city’s ban and argued that phasing out production would hike gas prices and make LA dependent on foreign energy.

Wilmington is a predominantly working-class and Latino community of more than 50,000 people and is surrounded by oil refineries and contains pumpjacks among its public parks and schoolyards. The community has some of the highest rates of asthma and cancer in the state, according to a report by the nonprofit Communities for a Better Environment.

More than half a million people in LA live within a quarter-mile of active oil wells, which produce hazardous air pollutants such as benzene, hydrogen sulfide, particulate matter and formaldehyde. Nearly one-third of the wells in LA are located outside of drill sites between parks, schools and houses.

Several other oil entities, including E&B Natural Resources Management Corp and Hillcrest Beverly Oil Corp., also filed a separate lawsuit on Tuesday against the city over the ordinance.

Last year, California lawmakers voted to ban new oil wells within 3,200 feet of homes, schools and other populated areas after years of complaints by residents and activist groups.