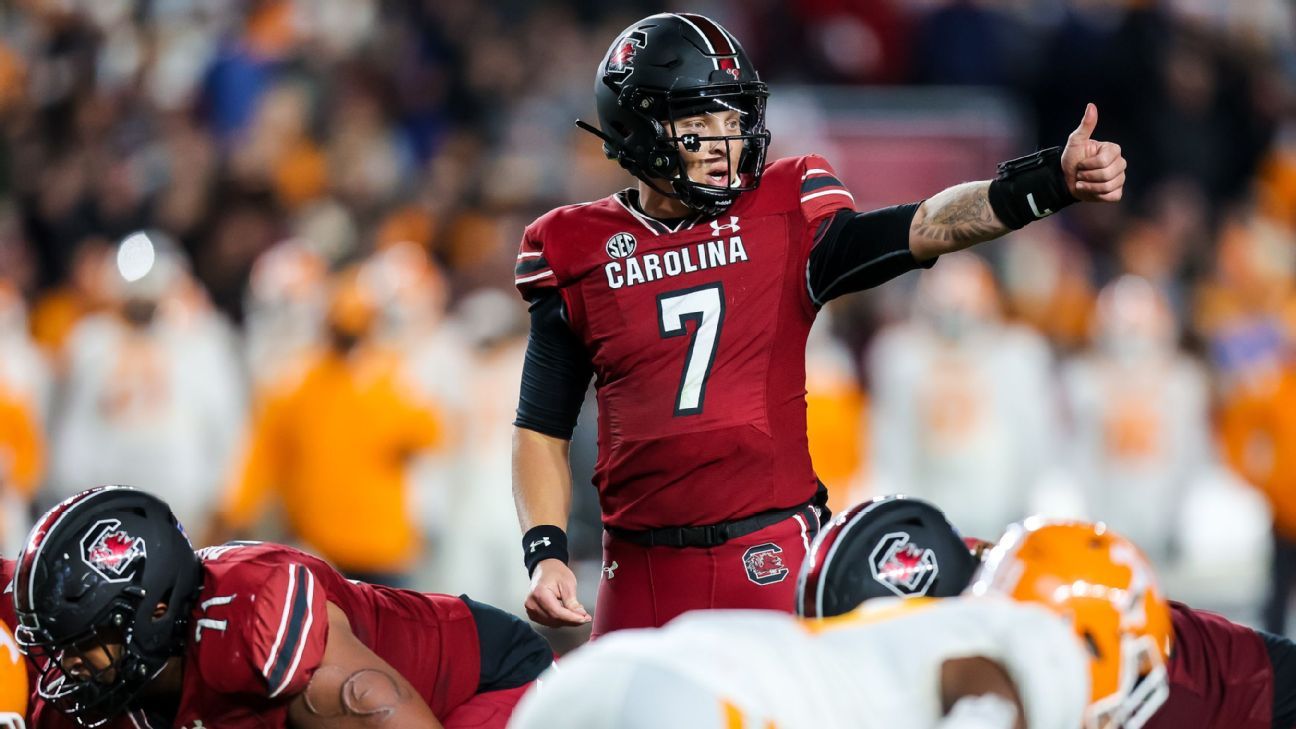 Quarterback Spencer Rattler announced Tuesday on a social media video he plans to return to South Carolina for the 2023 season.

Rattler transferred to South Carolina last season from Oklahoma and played his best football at the end of the year. He passed for 792 yards and eight touchdowns with just two interceptions in wins over top-10 foes Tennessee and Clemson to close the regular season.

South Carolina coach Shane Beamer responded to the news that Rattler was coming back with a tweet that read: “Here. We. Go!!!!!!!”

Rattler joins his top receiver, Antwane “Juice” Wells, in returning for another season. Wells, an All-SEC first-team selection, announced earlier this week he was coming back after leading South Carolina with 68 catches for 928 yards and six touchdowns.

Rattler rebounded from a rough start last season as the Gamecocks won seven of their last nine regular-season games. He finished with an SEC-high 12 interceptions but threw for a career-high 438 yards and six touchdowns in the 63-38 rout of Tennessee. Rattler’s 3,026 passing yards ranked fifth in the SEC. He finished with 18 touchdown passes and three rushing touchdowns.

Rattler was a Heisman Trophy hopeful at Oklahoma entering the 2021 season but lost his starting job to Caleb Williams. Looking for a new start, Rattler transferred to South Carolina prior to the 2022 season. He and Beamer already had a relationship from Beamer’s time at Oklahoma as an assistant.