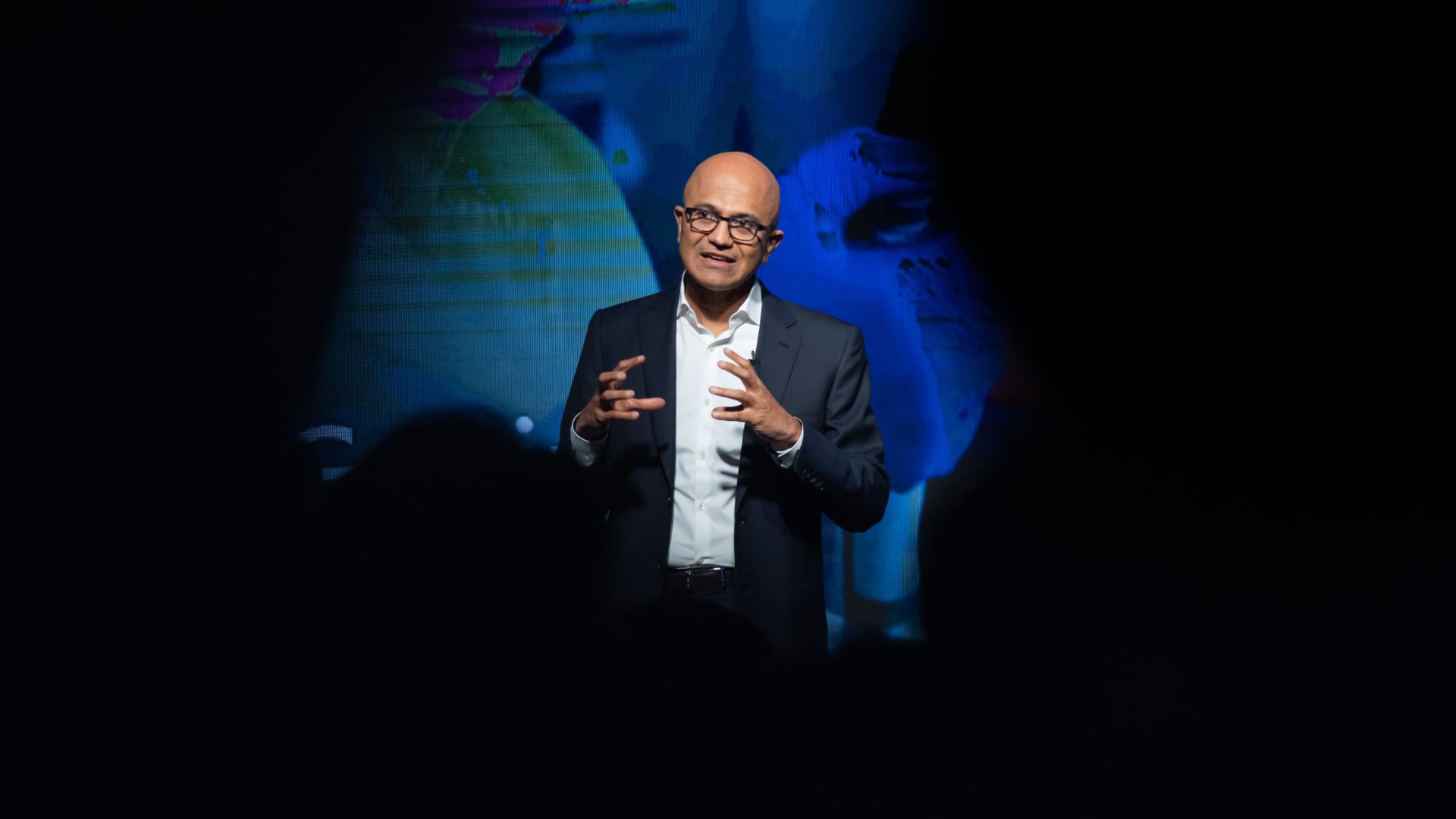 Microsoft said Wednesday that it’s letting go of 10,000 employees through March 31 as the software maker braces for slower revenue growth. The company is taking a $1.2 billion charge in the fiscal second quarter that will result in a negative impact of 12 cents to earnings per share.

Alphabet, Amazon and Salesforce are among the technology companies that have lowered head count in recent weeks. The contraction comes after demand for cloud computing and collaboration services picked up as enterprises, government agencies and schools encouraged remote work to reduce Covid exposure. 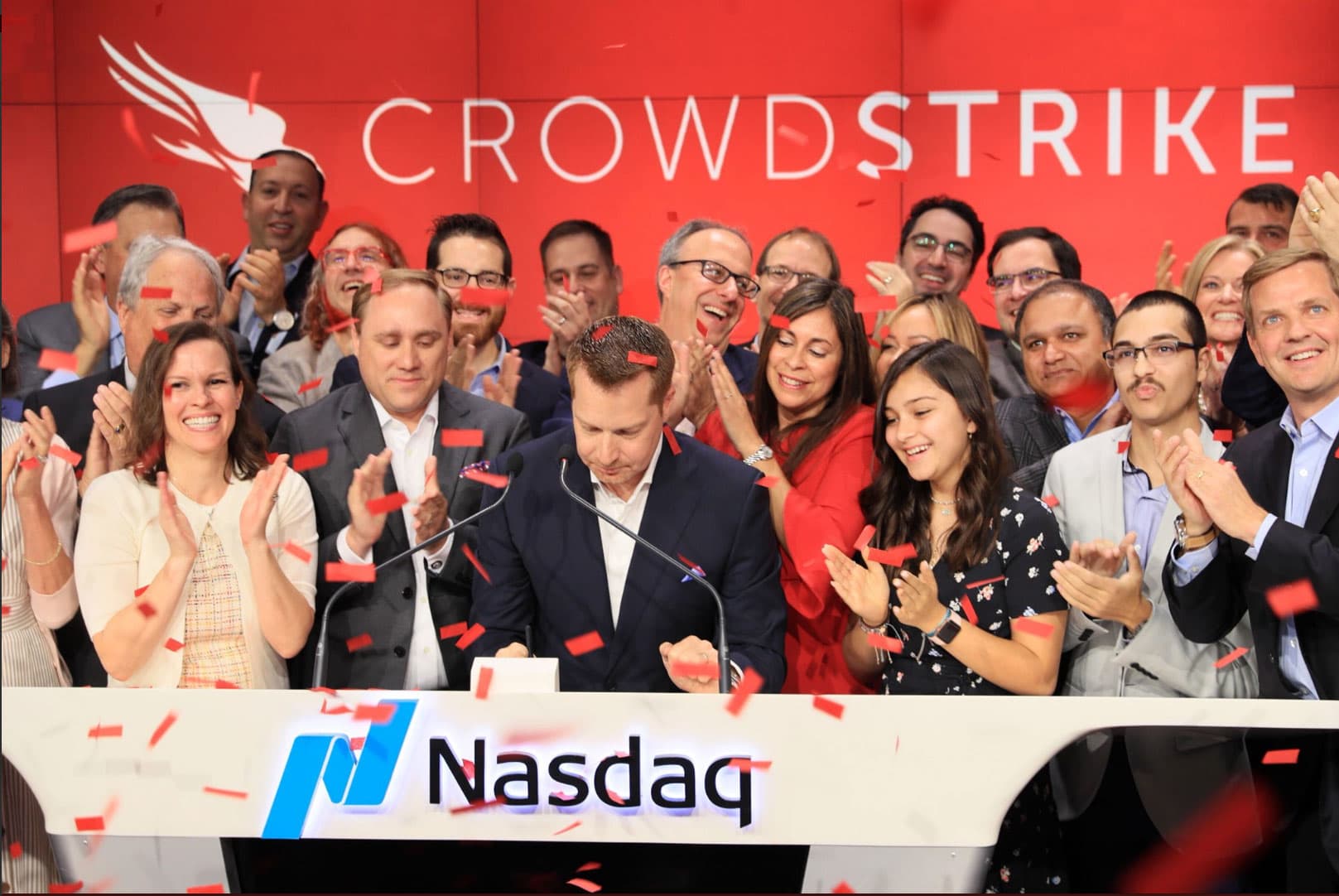 CrowdStrike is a buy as it becomes a bigger player in the cybersecurity space, BMO says
Alex Harring
7 hours ago 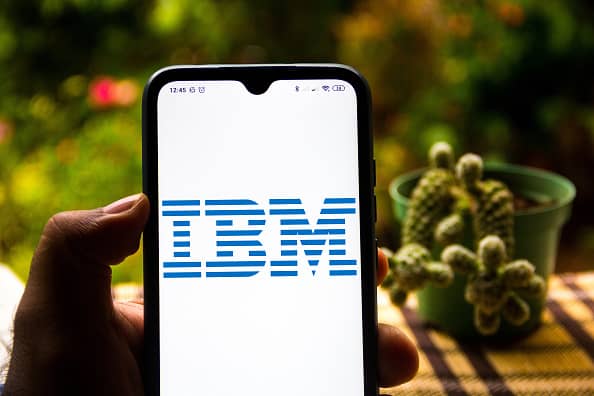 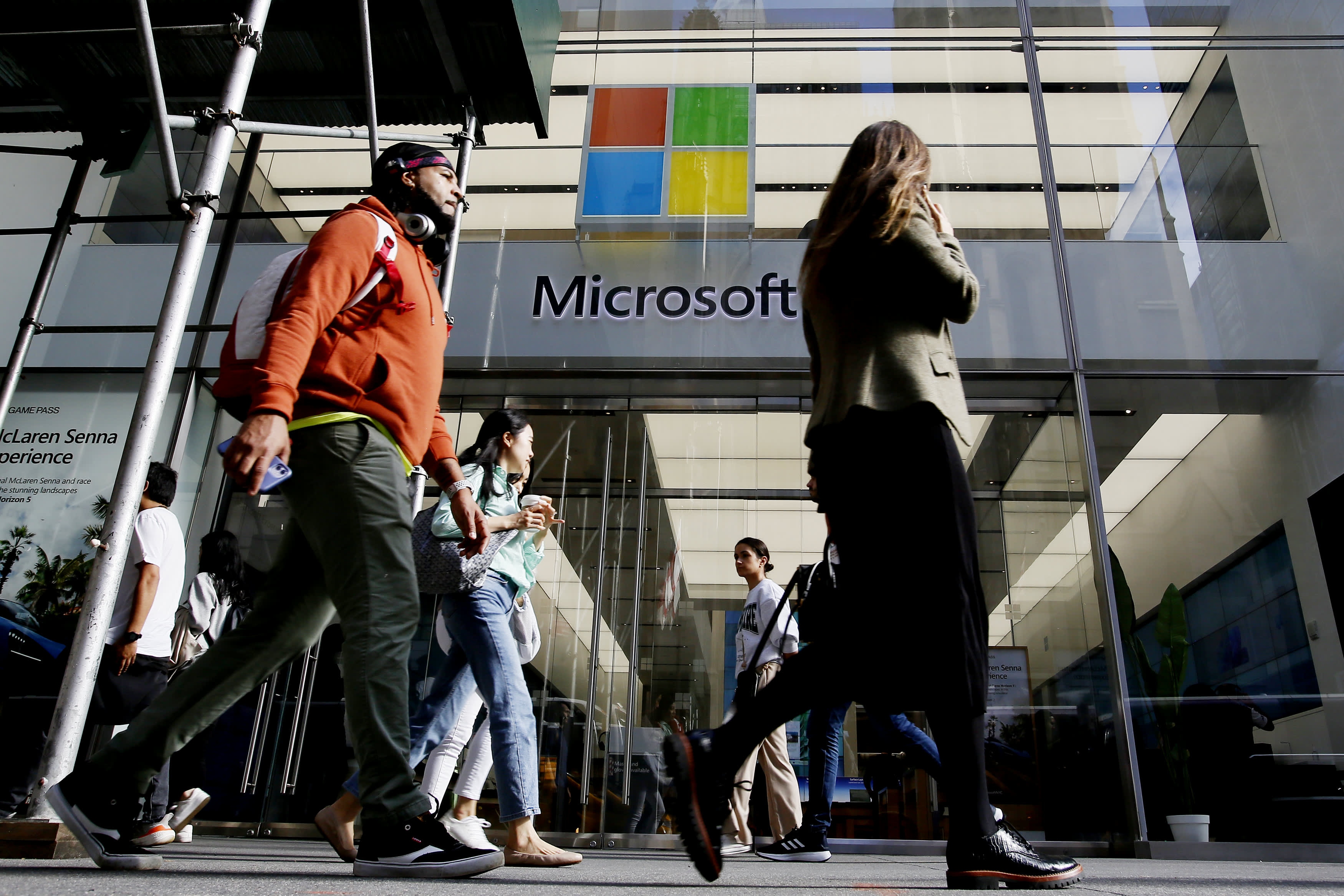 Guggenheim downgrades Microsoft, says vulnerabilities may be exacerbated during an economic slowdown
Carmen Reinicke
a day ago

Rising prices have prompted companies to become more careful about technology spending, hurting prospects for the tech stocks that outperformed other market sectors year after year. Now Microsoft and its peers are taking stock. In July Microsoft said it will trim less than 1% of employees, and in October it confirmed an additional round of job cuts that reportedly affected fewer than 1,000 workers.

“I’m confident that Microsoft will emerge from this stronger and more competitive,” CEO Satya Nadella told employees in a memo that was posted on Microsoft’s website. The move will reduce Microsoft’s head count by less than 5%, and some employees will find out this week if they’re losing their jobs, he wrote.

Microsoft shares moved modestly higher at the U.S. open after the announcement.

The workforce adjustment will hit all teams and geographies, with more impact coming to sales and marketing than engineering, a company spokesperson told CNBC in an interview.

Employees in the U.S. who are eligible for benefits will receive severance that’s above the market and six months of health care and stock vesting, along with 60 days’ notice before their work ends, Nadella wrote.

Nadella reiterated trends in the business climate that he has described in recent months.

“As we saw customers accelerate their digital spend during the pandemic, we’re now seeing them optimize their digital spend to do more with less,” he wrote. “We’re also seeing organizations in every industry and geography exercise caution as some parts of the world are in a recession and other parts are anticipating one.”

Earlier this month Nadella had indicated the company might have to institute changes.

“I think for us as a global company, we’re not going to be immune from what’s happening in the macro,” he said in an interview with CNBC-TV18. “We will have to also get our own sort of operational focus on making sure our expenses are in line with our revenue growth.”

Microsoft has called for 2% revenue growth in the fiscal second quarter, which would be the slowest rate since 2016.

The layoffs are not a major surprise given the deterioration in Microsoft’s cloud-infrastructure and Windows operating system sales over the past few quarters, said Gil Luria, an analyst at DA Davidson who has a buy rating on Microsoft stock.

Investors are very concerned about the margins of many technology companies, including Microsoft, he told CNBC in an interview.

“I think there’s been a broad expectation from all these companies, especially the ones that hired more over the last two to three years, to adapt and react to a slower-growth environment and show the discipline and the focus on shareholder value that investors need to feel right now as they try to ride out a slower-growing economy,” Luria said.

The culling might save Microsoft around $2.5 billion over the next 12 months, or 14 cents per share when including the charge, analysts at Evercore ISI, who have the equivalent of a buy rating on Microsoft stock, wrote in a note to clients.

Major layoffs aren’t an annual exercise for 47-year-old Microsoft, but they do happen occasionally. In 2017 Microsoft laid off thousands of employees in a broad reorganization of its sales unit. In 2014, following the acquisition of Nokia’s devices and services business, Microsoft cut 18,000 people. The reduction Microsoft announced Wednesday is the largest since the Nokia layoffs, the spokesperson said.

The charge relates to severance, changes to the company’s hardware lineup and the cost of consolidating leases, wrote Nadella, noting that Microsoft is allocating people and money to growth areas and divesting while divesting in other categories.

“Every one of us and every team across the company must raise the bar and perform better than the competition to deliver meaningful innovation that customers, communities, and countries can truly benefit from,” Nadella wrote. “If we deliver on this, we will emerge stronger and thrive long into the future; it’s as simple as that.”