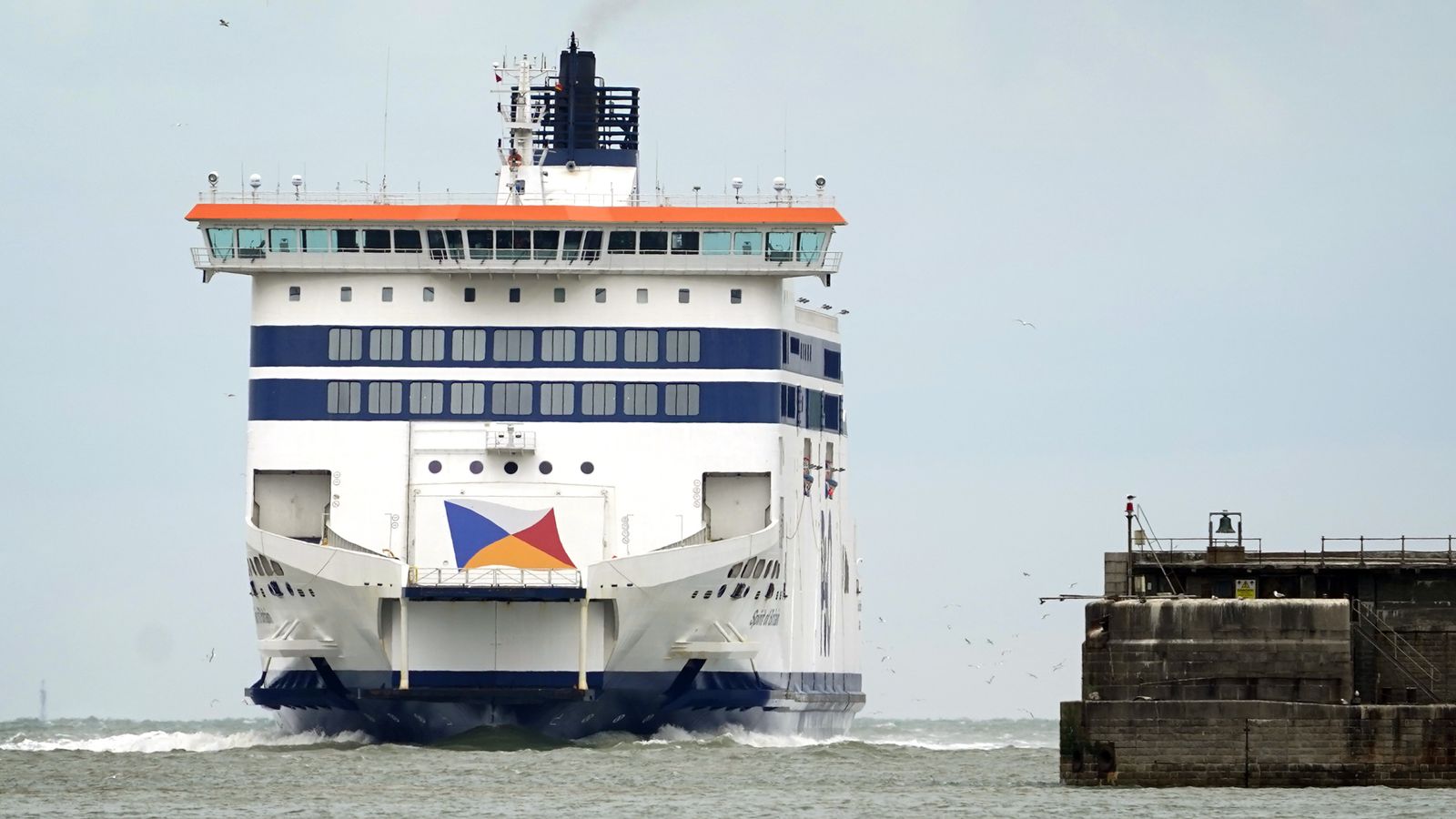 Ferry services to and from Calais are suspended today because of a national strike in France.

P&O Ferries says it had produced an “optimised” sailing schedule, but has warned a “lack of details” means it cannot anticipate how much disruption there will be.

“If your journey is not essential, we do advise that you rearrange your travel to an alternative date,” the company added.

The Port of Dover said it “is still open with services to Dunkirk running as normal” – but travellers should expect its facilities and local roads to be busier than usual.

Sailings to Calais are expected to resume from 2pm.

Eurostar said its services would also be affected by the general strike in France, and it would be running a “revised timetable” today and tomorrow.

Passengers have been told to check if their train has been cancelled.

Schools across France are also expected to be closed as part of the widespread protest.

The national strike is an attempt to derail planned pension reforms that would see the retirement age pushed up by two years to 64.

President Emmanuel Macron argues that the country can no longer afford retirement at 62.

Unions say their members are angry that the goal posts are being changed again at a time when many workers are already struggling through a cost of living crisis.

Buffy star shares what most scares her and how she moved on from ‘toxic’ ’90s set
Biden rules out giving F-16 fighter jets to Ukraine
Quick Charge Podcast: January 26, 2023
Government homes in on £5bn cladding settlement with housebuilders
Ford snags CR crown from GM in driver assistance rankings, Tesla ‘falls behind’ to 7th